The Importance of Aesthetics for Affordable Housing

Aesthetic experience is a fundamental reason why people act. 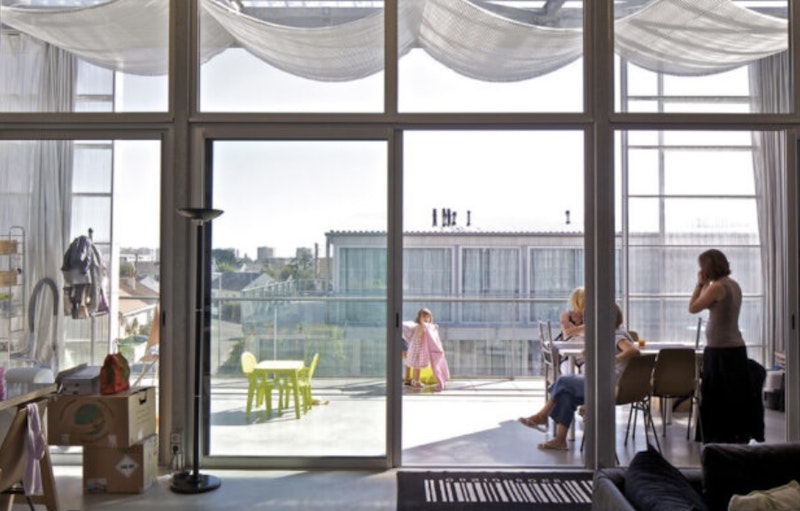 The Pritzker Prize—one of the most prestigious prizes for architecture—was awarded this year to the French couple, Anne Lacaton and Jean-Philippe Vassal. Part of their mission is to never tear down but reuse. They’ve revitalized structures for over 30 years, and their focus has frequently been on affordable (or social) housing. Not only do they want to reuse existing structures, but they also create a more aesthetic-focused space. As shelter is a basic human need, a lot of social housing is focused almost exclusively on that function and how to do it cheaply, but Lacaton and Vassal have shown that it doesn’t have to be expensive to add beauty.

Contrary to much posturing, beauty is more fundamental to human well-being than we like to admit. As Albert Camus put it, “Man cannot do without beauty, and this is what our era pretends to want to disregard.” This dismissal is particularly prominent in the United States, where we try to be so pragmatic about everything. We tell ourselves that function is all that matters, but this is often contrary to our actions. There are qualities—proportion, fittingness, radiance, color, variety—that are crucial, yet cannot be measured precisely.

Aesthetic experience is not likely among the first ideas that arise when someone is asked about the basic needs of people. Food, water, and shelter would likely be the first things mentioned. Then, discussion may move onto friendship and work. Beauty, on the other hand, is often considered something that’s added onto an already good life. As much as I want to dispel that myth, I’m at least happy to get people to question it.

Aesthetic experience is a fundamental reason why people act. People may disagree about what is or isn’t beautiful, but they don’t disagree that beautiful things exist. Further, that beauty is worth pursuing plays out as an integral part of human existence, albeit to varying degrees. Something like this idea seems to influence the work produced by Lacaton and Vassal. But we may still wonder what makes them and others focus on the aesthetic in their work. The importance of beauty may not be easy to prove, but it can be advocated through illustration.

Many summers ago I worked with a group to help provide food and clothing for those without. We were entering the projects in Philadelphia, and the scene permanently marred my consciousness. Dark grayness enveloped each person entering the space, as if you were walking through catacombs. You weren’t underground, however, because you walked up stairs. There are more problems within these walls than just a lack of aesthetic features, but the ugliness and dismal appearance added to the despair that was felt there. I had often wondered if even some colorful paint would have helped, just a little.

Similar to the projects, in Brazil the poorest people live in communities called favelas. The difference is that these are informal settlements, usually ignored by the government. Two artists, operating under the name United Painting, created murals in some favelas. From the website, “The main objective was to create a huge piece of community art that serves as a catalyst for the improvement of housing and neighbourhoods. By empowering and bringing colour and joy to these people, we hoped to ignite personal and societal change on all levels.”

Concern for the aesthetic doesn’t require art and it’s not the only concern, but aesthetic considerations should be part of the design process for affordable housing. The comparison of the Philadelphia projects and the painted favelas offers a stark contrast between a built environment with some concern for the aesthetic and one devoid of aesthetic considerations in a purely functional structure. This anecdotal evidence may not prove anything definitively, but it helps illustrate that places devoid of aesthetic features are counter-productive to the stated desire to help people with their basic needs. And adding color and aesthetic elements into a previously dreary place has a huge positive impact. Studies in neuroaesthetics are beginning to provide more conclusive evidence of the value of aesthetics for the built environment, but, following the example of Anne Lacaton and Jean-Philippe Vassal, we shouldn’t wait to bring aesthetics into the conversations about affordable housing our cities.

Michael Spicher is an educator and researcher in Boston and runs Aesthetics Research Lab, follow him on Twitter: @MRSpicher.