Holding on to My Identity

I want all the parts of me to coalesce into a contented whole. 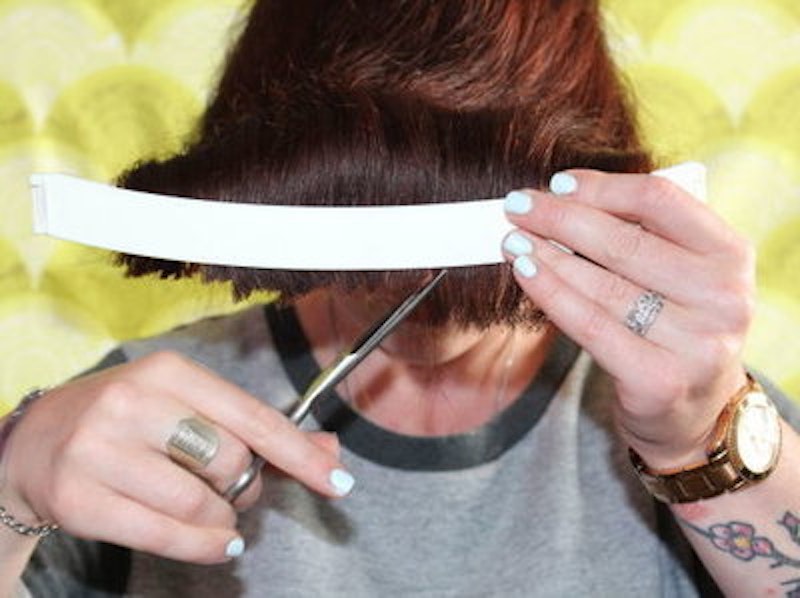 Standing in the bathroom with electric clippers set to go, I probably looked like I was gearing up for a femme version of that scene in most arthouse films where the misunderstood while male protagonist has a breakdown and shaves his head because appearances are meaningless and his life is a lie. Actually, I was going for the exact opposite.

The last haircut I had was back in September, when I decided I couldn’t keep the shaggy grown-out men’s cut that I’d been “maintaining” for most of the year. But I didn’t want to go to any of the regular barbershops or salons in my neighborhood. I wanted a cut that would reflect all the queerness inside myself that I was beginning to embrace, and didn’t feel comfortable doing that around people that were probably cisgender, heterosexual, and more than a little judgmental. Besides, the last time I let a rando cut my hair with the stipulation of “no bowl cuts,” I ended up with a bowl cut.

So I went to a queer hairdresser who operated out of her apartment, watched Heroes with me, and gave me a sick asymmetrical ‘do that helped minimize my terrible hairline while I waited for my finasteride to kick in. Twenty bucks well-spent, I thought, as I gleefully took selfies in my apartment.

Almost six months later, I stood in my bathroom and realized I’d once again reached a tipping point. The shorter side of my hair was too long to behave itself, but still too short to tuck behind my ear. Very inelegant, I thought. There was no way I could go on camera as planned later with this state of affairs.

And thus, the clippers. I’d only bought them to make my leg hair more shaveable the first time I tried that process; now, I was fixing to apply them to their intended purpose. I knew plenty of people who’d given themselves haircuts, but never even attempted anything like that myself. My hands weren’t completely steady as I snapped on the 3/8th-inch attachment, which seemed long enough. What if I fucked it up and looked awful? But there was no time to find a barber, and I didn’t have any money to pay someone anyway. Into the breach.

As soon as I started clipping, I realized two things. First, 3/8ths of an inch is short as hell. Having clipped my way halfway up the side of my head, I stopped and stared. Not a single hair on my head had been that short since I was in middle school and demanded ill-advised buzz cuts every summer (because that’s what boys do, right? Right? Someone tell me that’s right).

That’s the second thing I realized: my hands were steady. I’d already messed up my head, in a sense; the only thing to do was to keep going and see what to make of it. I grabbed some shears to ensure there weren’t any entanglement issues, and forged ahead. Hair fell down all around me. I began to feel the air on my scalp.

Fifteen minutes later, I considered the freshly-shorn dyke staring back at me out of the mirror. My reflection was that of sort of a transgender Two-Face: on my left was the same girlish face I’d seen for many months, but the right… that was something else. I had flashbacks to seventh grade, of homophobic schoolyard insults and quiet confusion. It took some time to recognize that face as my own and not be frightened of what that meant.

But then I smiled. In a way, wasn’t this emblematic of what I’m trying to accomplish in my transition? I want all the parts of me to coalesce into a contented whole. There’s not a single part of me that belongs to a man, but there are aspects of me that express themselves in traditionally masculine ways. Accepting and embracing those parts while holding on to my identity as a trans woman is important—and so was this.

I dabbed on my eyeshadow, dashed off my eyeliner, painted my face with foundation, and in so doing, I got to know my new look. Applying my intense red lipstick, I took a last look in the mirror and smiled again, remembering those old cries of “fag” that had haunted me as a child. “I suppose they weren’t so wrong after all,” I smirked to myself, strutting out the door to greet the day.