Hard Work Never Killed Anyone, But Why Risk It?

It's difficult to stay employed while avoiding actual hard work. 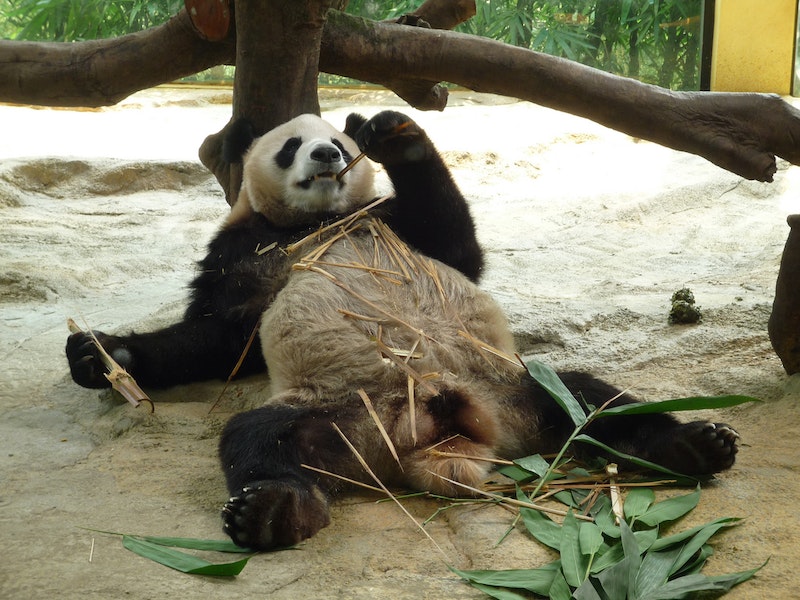 Because I listen to NPR all the time, taking breaks only during Car Talk and pledge drives, apocalyptic stories about the economy are always in my head. Until recently, our collapsing economy hasn’t bothered me more than any of the other terrible things happening in the world, for instance, the deaths of starving African children and Amy Winehouse. It’s not that I’m wealthy and immune to the economy’s failure; on the contrary, I’m as solvent as the guy on the Swift St. on-ramp who holds a sign declaring that his name is Keith. He’s homeless, and he hopes you have a blessed day. I make precisely $30,233 below the median household income in this country, but my household is just me and I’m cheap. I take the bus, steal toiletries from hotels, and never eat organic.

I’ve been able to get by despite refusing to work more than 20 hours a week because I’d rather spend my time watching Law & Order reruns, but my indifference about the economy changed to concern after I fell asleep during a meeting at work a few weeks ago. I nodded off for only a few moments—my head drooping to the side, my mouth hanging open—before a co-worker nudged me and whispered that I should get a cup of coffee, which I later spilled all over the conference room table. Afterward, when told that falling asleep during a meeting is a very big no-no and my job was now in jeopardy, I was genuinely surprised. What’s the problem, I thought? I slept my way through college and did just fine.

If I can keep this job for a few more weeks, I’ll hit my one-year anniversary. An entire year of steady employment will be a record as I tire of jobs quickly and either stop showing up or get fired after a few months. Given my work history, it was surprising that I was offered this job in the first place. My resume is spotty, with long gaps during the times I’ve collected unemployment and played old Nintendo games instead of sending out resumes. I’ve had 18 jobs in my dozen years in the workforce, and most have been so short-lasting that they aren’t worth the ink on my resume. The last time I was looking for jobs, I realized I’d would never get one that didn’t involve a hairnet and latex gloves with an honest resume, and so I made one up. A six-month internship became a four-year fulltime job, complete with promotions and pay raises. Helping a friend make a mix tape for his girlfriend got listed under “Volunteer Experience.” Blogging became freelance writing and a weekend in Cancun became a Spanish immersion class. It worked, I got the job, and I’ve spent the past year in my cubicle, trying to block my computer screen so no one can see that I’m looking at baby pandas instead of spreadsheets. But if I can’t rectify this situation, a year is all I’ll get before I go back to unemployment and old Nintendo games.

My inability to keep a job started from the beginning, when I got fired from my only babysitting gig for locking the kids out of the house after they refused take their baths and yelling through the window that I was eating their ice cream. My next job, at Taco Bell, lasted until the manager handed me a spray bottle and pointed at the men’s room, at which point I decided working for a corporation meant selling my soul and walked out the door. After my day at Taco Bell, I explained to my parents that fast food was disenfranchising. Proud of their budding socialist, my parents didn’t ground me as long as I promised to find something else. I decided, however, that not working was better than working and I started what has been my employment path since.

Education is an excellent way to avoid work. It also provides buildings with heat and air conditioning, plenty of events with complimentary food, and money that seems free until the government starts garnishing your wages. And so, despite disliking academics, whose purposefulness I envy, I decided to go to graduate school after I was fired from an art gallery for my liberal interpretation of punctuality. It was mostly the prospect of student loans that convinced me to enroll, so I sent in my application to the only program I could get into, one with notoriously easy classes and college-affiliated happy hour three times a week. Although I cared little about my grades, I thought of graduate school as a job and student loans as my income. I even went so far as to purposely fail summer school because I needed a loan but couldn’t bear to spend my summer in a classroom.

I was in graduate school for almost two years before I quit. Characteristically, I bungled dropping out by writing on my withdrawal form that I was quitting because graduate school made me want to kill myself. I was kidding, of course, but I received a phone call from the octogenarian dean hours after submitting the form, panicked that I was lining up pills or inching toward a ledge. I explained that if anything made me want to kill myself it would be far more interesting than graduate school and thanked her for a two-year reprieve from employment. After that, it was back to the workforce.

When I told my friends about my current situation at work, everyone advised me to buckle down, stop looking at pandas online, stay awake at meetings and make myself indispensable. But working hard is as natural to me tanning, and I’m Irish. No matter how hard I try, my attention lasts for three minutes of data entry before I find myself Googling chow chow puppies dyed to resemble teddy bears. Contrary to everyone’s advice, after my boss’s ultimatum—shape up or ship out to the bread line—I decided instead that I would use my well-cultivated ability to bullshit and save my job. I wouldn’t start showing up early and staying late: I would make my boss like me so much that he would employ me just to keep him company.

The biggest barrier to my mission is politics. Along with a life-size cut-out of Derek Jeter and a framed photograph of Alex Rodriguez, my boss’ office is filled with Republican propaganda. He even covered his company-owned laptop with a sticker reading Somewhere in Kenya a village is missing its idiot, which seems unfair considering I have to cover the DYKE LOVE tattoo on my arm at work. Given a stronger economy, one with even low-paying jobs, I wouldn’t work for someone who hates liberals even more than he hates the Red Sox, but I need this job and so I decided to make my boss think we have common values. It started on Monday morning when I stopped by his office to say hello. I asked how his weekend was and he said it was good. Went a church picnic on Saturday and taught Sunday school the next morning. I too went to church, I said. This was a lie. My faith in atheism is as strong as my faith in gravity, and the last time I entered a church was to steal a can of Sprite from the kitchen of St. Mary’s when I was 12. When my boss, who first looked impressed when I told him I chose church over brunch, asked where I went, I said the first thing that came to mind: AME Zion. He looked at me oddly just as I remembered that AME Zion is a black church. Don’t you have work to do, he said. And shut the door on your way out.

Later that week, I further sabotaged my chances of gaining job security when I accidentally sent my boss a text message meant for a friend about scheduling a meeting for a club we started. Our club, the Federation for the Advancement of Gay Girls Learning, organizes workshops for members to learn new skills and goes by the acronym FAGGL. Lez get together to talk FAGGL this week, I wrote. Your homo or mine? Perhaps if my boss, who applies words like “bandwidth” to people and tries to seem hip by cursing, thought I was making a homophobic joke he would have warmed to me, but he has eyes and so he knows I’m gay. He used to point his fingers like a cocked gun and call out Rockstar! when he walked past my cubicle. Now he just walks by.

My situation is precarious, and for this I am scared. I am victim of our national carelessness but mostly of my own. No longer can I get by with hotel toiletries and the occasional part-time job. There are so many people in this same situation that I would be competing with laid off teachers and lawyers and people who actually finished graduate school for even menial jobs. After years of listening to the bad news about the economy, the recession is finally real. For the first time in my year of employment—for the first time ever—I dread the day I’ll go to work and leave with my things in a box big enough to hold my new pictures of Ronald Reagan and the cross I tacked over my desk, but not big enough to live in after I walk to the Swift St. on-ramp with my own sign: My name is Katie, I’m homeless, and I hope you have a blessed day.