Even the full-sized candy bars are far cheaper than edibles. 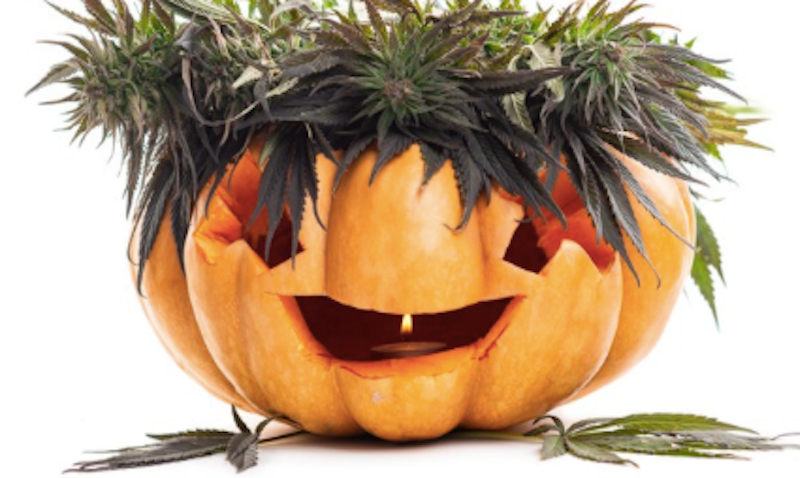 Each year, police warn families: watch out for marijuana edibles among your children’s Halloween candy. Has it happened before? Probably. However, marijuana has been prominent for a long time, and there’s no evidence of it happening en masse in any given year. That said, vigilance is smart when it comes to Halloween.

If kids go trick-or-treating this year, parents can and should have some valid concerns like in any other year. If a kid eats too much candy, they could get a stomach ache. The amount of sugar that’s in candy could make them gain a pound or two, and it’s not good for teeth. We’re living in a pandemic and the germ theory of disease is still real for other illnesses. We can thank God that coronavirus isn’t a major death threat for children. For Halloween, it also helps that the virus doesn’t spread outdoors and its primary method of transfer is droplets in the air (not touch). Like any other year, however, it’s not a bad idea to wipe down the candy packaging and have parents inspect the candy beforehand. Even if there are no drugs in a kids’ Halloween candy, eating something that’s unwrapped and potentially dirty isn’t smart.

What about the marijuana threat? It’s not impossible, but unlikely for a few reasons. There’s little precedent. Recreational marijuana is legal and now easily accessible to all adults in a handful of blue states (while others allow medical marijuana), including my home state of Massachusetts. Since legalizing it, we haven’t seen news reports of it happening. If someone told me about it and I managed to confirm it, NewBostonPost would have an article on it —because people find stuff interesting and parents should know about it.

Cost is a prohibitive factor when it comes to giving out edibles on Halloween. Everything’s more expensive in Joe Biden’s America, but even the full-sized candy bars are far cheaper than edibles. If one buys them in bulk, they can get full-sized candy bars for under $1 apiece. Meanwhile, a full-sized edible candy bar costs more than $30 in some cases. Plus, even one small five milligram gummy costs about $1.50, so making small baggies of those to hand out would add up quickly. It’s also illegal to give marijuana to minors; the minimum age to consume marijuana in every state in the country where it’s legal is 21.

The other problem with edibles is that many of the candies don’t look like real candy. If it’s still in the package, most don’t resemble brand-name candy. Stoney Patch is an exemption to that rule in that it resembles Sour Patch, but parental reading comprehension could solve that problem.

If there are high children on Halloween night, odds are it’s not from the candy. It’s likely kids who are 14- or 15-years-old who bought some low-quality marijuana. They’d love it if someone were giving out edibles but the odds aren’t great.

The annual panic over the potential edible handout is also a reminder of the anti-marijuana sentiment that exists in this country. It’s not legal in this country despite politicians refusing to take action against the terrible alcoholism that so many in our country face thanks to a legal product. Meanwhile, if someone’s high at their house playing video games or watching TV, that’s a far lower threat to society. Unfortunately, some people have criminal records due to marijuana possession. Even if it’s not great for you, that’s not a good barometer for criminality.

I hope the trend of children not getting edibles continues; they’re too young anyway.