I went to electrophysiology because I’ll be dead before I can understand it all. 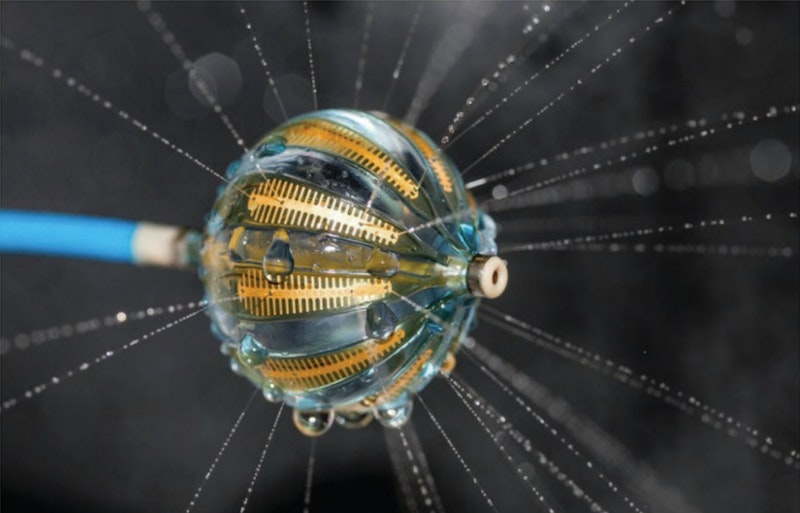 If your heart rate is 60 beats per minute, which is the low end of normal, it will beat 31,563,000 times in one year. That’s not including ventricular tachycardia, atrial fibrillation, or leap years. I calculated this after I conked out on the basketball court and learned that I was going to need open heart surgery. Aortic aneurysms are part of our genetic inheritance. My brother already had his aorta and valve repaired. Then our mother died of a dissected aorta. I could see the writing on the wall. It’s just a matter of time, they said, so get ahead of it sooner rather than later, while you’re young and healthy.

Sixty bpm is one beat per second. In that second, the left and right ventricles contract; the left sends blood through the arterial system into smaller and smaller vessels, releasing oxygen and feeding the cells; the right sends used blood through the lungs, to load up on oxygen. The blood in the body itself returns via veins to the superior and inferior vena cavae and on to the right atrium, then to the right ventricle and out to the lungs; at the capillary level, red blood cells release oxygen and take up carbon dioxide; refreshed, the blood then returns via the pulmonary veins to the left atrium, where it pulses down to the left ventricle to start another cycle. All in one second. The body holds about five liters of blood, and pumps all of it every minute or so. This is called the cardiac output.

Most of this was discovered by William Harvey, who detailed his findings in 1628. “The movement of the blood is constantly in a circle,” he wrote. Before Harvey, many thought that blood was used up each day, and manufactured anew from food. But if you drain a corpse and collect its 10 or so pounds of blood, that idea becomes untenable. After numerous dissections, Harvey figured that the heart ejects two ounces of blood per beat, a fair estimate of what today is called the stroke volume. Heart rate times stroke volume equals cardiac output. The heart pumps, on average, three times the body’s weight every hour. Each day, we consume maybe 500 liters of oxygen.

Harvey didn’t have a decent microscope, and couldn’t explain how the blood transited from right heart to left. That was left to Malpighi, who in 1661 discovered the capillaries, where gas exchange takes place. This was a beautiful discovery that eventually led to an understanding of osmosis and the partial pressure of gases. It took another 100 years to figure out that the blood carried hemoglobin, which carries oxygen, and that cell metabolism was, like rust, a form of combustion. The heart has left and right halves because we have lungs, and all creatures with lungs have such two-sided hearts. Pulmonary circulation, and systemic circulation. Hemoglobin molecules have an iron core, which is why our blood is red. Octopus blood is copper-based, and is blue.

The day before my surgery they took pictures of my coronary arteries in the cath lab. The images were so cool I asked the tech how long I’d have to go to school to have her job. She said two years. I returned to college with the Dacron aorta and a St. Jude metal valve, to study interventional cardiology. I watched open heart surgeries. I studied anatomy, pharmacology, physiology. I learned that, in 1929, a German doctor named Forssman inserted a urinary catheter into his arm and snaked it up and into his right atrium, proving that direct access to the heart’s interior was possible. This was the beginning of cardiac catheterization, and that’s where I wanted to be. I took a lab job in a New England hospital. I scrubbed in on numerous cases, opening clogged arteries with stents and balloons. I learned a lot about heart disease and specialized equipment, and saw patients so badly off that even God couldn’t save them.

The coronaries, valves and chambers make up the plumbing aspect of the heart. Blood pretty much follows the same rules as household water flow, except that blood vessels can expand and contract, which is how blood pressure is controlled. The four heart valves aren’t controlled by muscles, but by pressure gradients in the chambers.

The heart has an electrical side as well. Hearts are driven by the constant passing of various ions in and out of a specialized bit of tissue called the sinoatrial node, located in the upper right atrium. The ions are sodium, calcium and potassium. Ion behavior in the SA node creates small spikes of electrical current that travel down the heart’s conduction pathway. This current causes individual strands of heart muscle fiber, called myocytes, to shrink almost in unison, causing the ventricles to contract. The proper name for this study is electrophysiology, or EP.  It’s beautifully complicated, and I soon quit the plumbing side and went across the hall to EP.

Around 1900, Willem Einthoven, a physiology professor in Leiden, developed a very clever rig that became the first accurate meter. (The first “meter” was a piece of muscle tissue placed on a patient’s chest; it twitched with each contraction of the heart.) Electrodes on the patient generated tiny voltages from the heart, leaking to the surface. These deflected a thin wire in a magnetic field, and the shadow of the moving wire was captured on scrolling photographic paper. I laughed when I read the history of this machine, at its cleverness. This was the birth of the ECG, or electrocardiograph. Einthoven got the Nobel Prize for this work in 1924.

Once they put the sticky electrodes on your chest and plug you into the machine, the test itself takes only six or eight seconds. Then some graph paper exits the machine, and the QRS squiggles define the electrical activity of a few beats. There are no words on the paper, just millivolts on the vertical axis, and milliseconds on the horizontal. But there’s a lot of information there. I spent a lot of time studying the pink strips, trying to diagnose what was going on with the patients’ hearts. Their names were always blacked out. Sometimes, I’d see a guy whose ECG ended in a flatline, and I realized I was “seeing” the last six seconds of his life.

The EP lab is where they install pacemakers, defibrillators, and loop recorders. It’s where they go in with specialized catheters to map arrhythmias and burn heart tissue to remedy atrial fibrillation. There are fewer deaths there than in the plumbing rooms across the hall. But that’s not why I went there. It was exciting in angioplasty, especially when a STEMI came in and the shit hit the fan. I didn’t mind the gore. I liked inflating the balloon and watching the artery expand on the screen. There was a lot to learn there.

But I went to EP because, as one of the EP doctors said, I’ll be dead before I can understand it all.