Guess What, Son. Life Will Kill You

Fiction: “Everything out there, it can take you apart.” 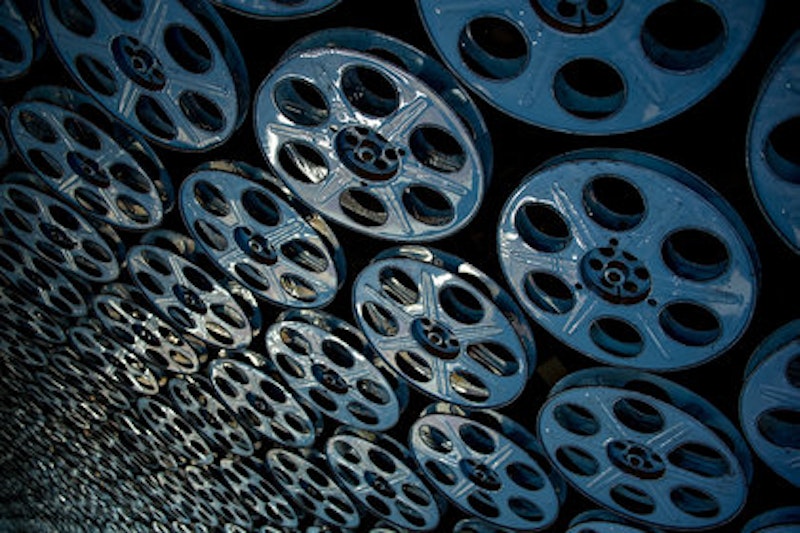 To give Len’s father credit, he never abandoned logic, not even in mid-fury. “You think you’re exempt?” he asked. “You think it’s going to work out different for you? Why? Point to one reason this is going to work.” Len’s mother had retired to another room so Len could face his trial by fire.

Len stayed all at hard angles: one hand against the wall, arm straight, the other hand clutching the receiver, his elbow jutting out. The phone gouged his ear and jaw; his eyes never left the patch of tiled wall to the dial’s right. He kept his voice low and steady. At no point would he say, “This is for me to decide. It’s my life.” That would translate into “Leave me alone”—plaintive.

“One reason this is not going to work. Does God love you? God isn’t your mother, young man.” The Depression, Len thought. The tuberculosis. “If God ever gets around to existing,” his father said, “the first thing He will do is not care. That’s what He’s good at. That He can do whether He exists or not—it’s easy for Him! So you think He’ll do you a favor?”

“A long-distance call about theology,” Len said, though humor was dangerous.

“Theology—I’m trying to get the shit out of your head! Because otherwise I pay for the privilege of making you useless. You think you’re going to get anywhere? Ten years from now you’ll be asking your cousins for work.”

Quiet but without a tremor: “It’s not 1933, dad.” That was the tone his mother used. Hold it long enough and you might wear him down.

“Every year an army goes into that place.” Hollywood. “A couple of millionaires come out, and the rest go on the bone heap. You said no to being a chemist. All right. You wanted California. All right.”

Those matters had been settled 15 months before, in the study where Len used to secretly poke at the Polynesian sea shells (his father had them as souvenirs of never being to the South Pacific). Getting the old man loose from engineering had been a job. His father believed now was the runway—stick to one interest and your head start compounded, you launched a career that took off above everybody else’s. And then there was California: arguing that point, they talked for five hours, knee to knee and practically nose to nose, counting off points on their hands, waiting impatiently rather than interrupt each other. It was the longest Len spent with his father since bar mitzvah. In the end his father nodded, his hand dropped down to grip Len’s knee. They emerged to tell Len’s mother the news.

“I thought you knew how life worked. What it was.” He paused. “I thought you had nerve.” That was like a nick at the base of Len’s throat; his breath tightened. “Because this is fantasy,” his father said. “You’re telling yourself that place will make you rich, and 10 years from now you’re not going to be rich. You’ll be taking orders from men who are younger than you are. You’ll be making excuses about how you spent a decade out of your life. You’ll be explaining how you took 10 years and traded it in for, for nothing because you figured everyone in Hollywood got a swimming pool and girls in bathing suits. How you thought it would be like on the TV shows. And you’ll be explaining that you were a boy, and you’ll still be a boy because you’ll have just figured out what the rest of them already know. God damn it! Don’t fucking lie to yourself.”

Silence. “It’s a lot more than pools on the TV shows.”

“I want to make things everyone looks at.” How else to put it?

“If possible. Or just pictures. I don’t want to be just anybody. That’s the truth.”

Len wasn’t; he was looking straight at the tiles. “Dropping my eye,” he said. “I don’t know what you mean.”

“Look,” his father said. “I knew people.” Inexplicably, his volume had dropped. “I knew some fine people. And they went under. Because of the Depression or they drank, or… Everything out there, it can take you apart. It doesn’t wait for you; it takes you.” Normally, Len heard his cousins’ side talk like this: life as a combination of tar pit and white water. Normally, his father didn’t philosophize much; he was the successful one.

His father’s voice continued quiet. “These people deserved to succeed. They were people with—” He stopped dead and breathed awhile. “They had brains, they had hearts. They were real people, not just… They didn’t make it. They deserved to succeed, but you don’t get success by deserving it. You do what success requires. That. And I don’t mean cheating and I don’t mean stealing.” Len believed his father’s record was as clean as it could be given county politics. “I mean cutting out—other things don’t matter, work matters. And looking ahead. And not thinking anyone is going to put your life up with his. It’s all stupid and ugly, but that’s what it is. Look at it now or it takes your leg off. And you’re dropping your eye. You can’t stand what’s coming at you, so we get this fantasy. Girls and swimming pools.”

“Why are you doing this?” He almost sounded forlorn.

Len thought. Normally, any decision he made fell easily into words. But not this. He didn’t want to be bored, and in that respect chemistry didn’t look much better than engineering. Still, that didn’t cover it.

It didn’t help. “Big. What does that mean? A big shot?” No, Len thought, that wasn’t it. “Start a firm,” his father said. “Pay off the assemblymen for contracts. I don’t care! By this point, fine! But don’t train yourself to be a bum and tell yourself you’ll be Julius Caesar. Because that is the sign, that is the sign of a...”

“The sign of a what?” He kept his voice from going higher.

A silence, and then: “Give me one reason this will work.”

“Most people have their head up their ass. I don’t. Maybe that helps the odds."

Len stepped away from the phone and walked the length of the hallway twice. His breath, after holding steady for a dozen crucial minutes, now accelerated. But with a little concentration he got it under control again. He’d faced the storm.