I came here to escape, but three years later, it's time to escape again. 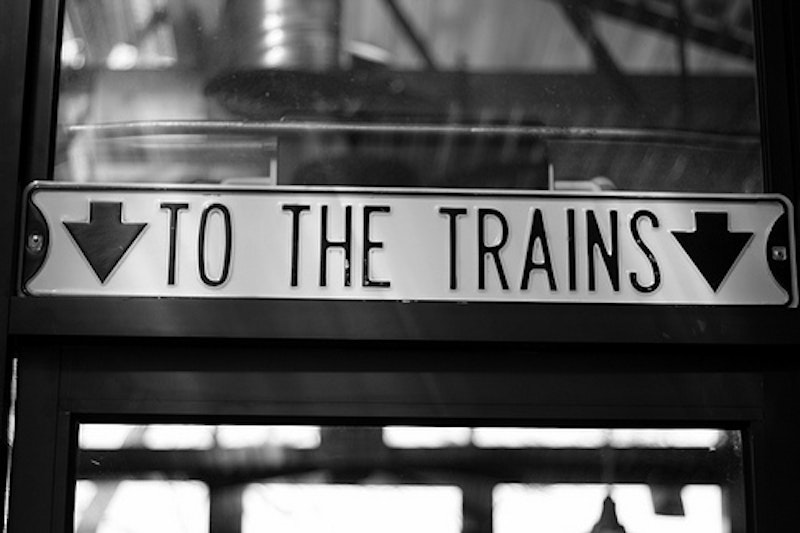 I've spent the last three years in Carrboro, North Carolina, a town the size of a camera hidden in the light fixture of a seedy motel and monitored at home by a registered sex offender. Carrboro is literally across the tracks from the University of North Carolina. Its proximity to the first public university in the country means it's an educated and affluent town, but it's easy to live here when you're broke. The poor in Carrboro are mostly artists who drive 10-year-old Jettas and live in bungalows large enough for turntables, an extensive record collection, a MacBook and a French press.

We have a co-op, a record store and a farmers market that accepts credit cards and has been featured in the foodie magazines that look so good on your coffee table. We even have our own currency, the Carrboro Plenty, which nobody actually accepts but work as rolling papers in a bind. We are special and we know it. Our biggest holiday is Carrboro Day, in which we mill around the town commons congratulating ourselves for having a town commons. We are liberal and progressive and proud to be so. We didn't elect the gay, black, transgendered woman who ran for mayor last year because we had the first openly gay mayor in North Carolina, so we voted, guilt-free, for the white male incumbent. The only embarrassing thing about living here is that Carrboro is home to the some of the originators of the modern hooping movement, according to Wikipedia. Wikipedia also says that Carrboro is 70 percent white, which seems like an underestimate by about 30 percent. But it's pretty here, and easy, and there's just enough to do.

I moved to this special little village from Portland after my girlfriend kicked me out of our house. Because I wasn't thinking clearly at the moment I got the boot, I grabbed only the things I could reach when I left the house despite the potential that I would soon be sleeping on a park bench along the river. That is, I left, angry and crying, with a clock radio and a handful of coffee filters as opposed to clean socks and my wallet. I didn't actually spend any nights on a park bench, but I did wear the same socks for three days until my ex felt sorry enough for me to let me exchange the clock radio for clean clothes. I flew to North Carolina after a week of sleeping on a friend's floor. I wasn't planning on staying here, and I really only left Portland to have the last word in an ongoing argument. You want me to leave? Fine. I'm gone. It was an impulsive decision and one I regretted as soon as I realized that I would actually have to leave to prove that I was serious about leaving.

I chose Carrboro for no other reason than my twin sister lived here. If I no longer had a girlfriend, I needed someone else take care of me. Even if my sister's maternal instincts don't generally apply to anyone eight minutes older than her, she has a soft spot for fuck-ups, especially those who share her DNA, so she let me move in and gave me enough Ramen to get through the first week. I thought I'd be in Carrboro for a month, maybe two, and then I'd move to a city people have actually heard of, if only because living New York or San Francisco makes you hip. You may be surviving on bottle deposits and food stamps, but at least you're doing it in Brooklyn.

Life in Carrboro revolves around a bar. Unlike some bars, where friendship lasts only as long as your drink is in front of you, my fellow barflies here have become my real friends. I've been adopted, in a sense, by the old guys who sit at the end of bar and talk about they way the town was when I was still toddling around in a heavy diaper. They watch out for me and give me advice, though I never actually take it. The line between patron and bartender at the social club is muddy. We care about each other. I met almost everyone I know through the bar. Drinking as the hub of social life is problematic at times, but it is also comfortable. We disappear during the day to go to work or stay home, but we emerge at happy hour, taking comfort in our unchanging neighborhood home.

But bad things also happen when you spend more time in a smoky bar than in fresh air. Since moving here, I've been fired from two jobs and quit another two without notice because hangovers kept my head under the pillow far past starting time. I wrecked my bike and used my ex's name in the hospital because I didn't have insurance and I was too drunk to check my moral compass. I started and quit graduate school because it's hard to concentrate in class when your brain is wet and muddy with booze. The only real relationship I've had beyond drunkenly making out with strangers in bar bathrooms was with a girl who called her father daddy and let her dog sleep on the end of the bed when we had sex. The biggest decision I've made since moving here is to not to make any decisions, to go to the bar and ignore the future beyond the next drink.

My friends here are mostly on the same path as me—wasting time and youth, creating memories out of liver damage. But they are trickling away, to New York or LA or San Francisco or to husbands and wives and children. Why stay here, in this place of so much comfort and so little potential, when my family is leaving? So in two weeks I'm moving to an actual city, where the poor people are actually poor and leaving change in your car means waking up to broken windows and stolen quarters. I'm moving to a place where I don't have friends, where I could change my name and no one would know, where I won't go to my favorite bar every afternoon and stumble home well past happy hour, too drunk to brush my teeth or turn off the lights.