From the Course Evaluation Files 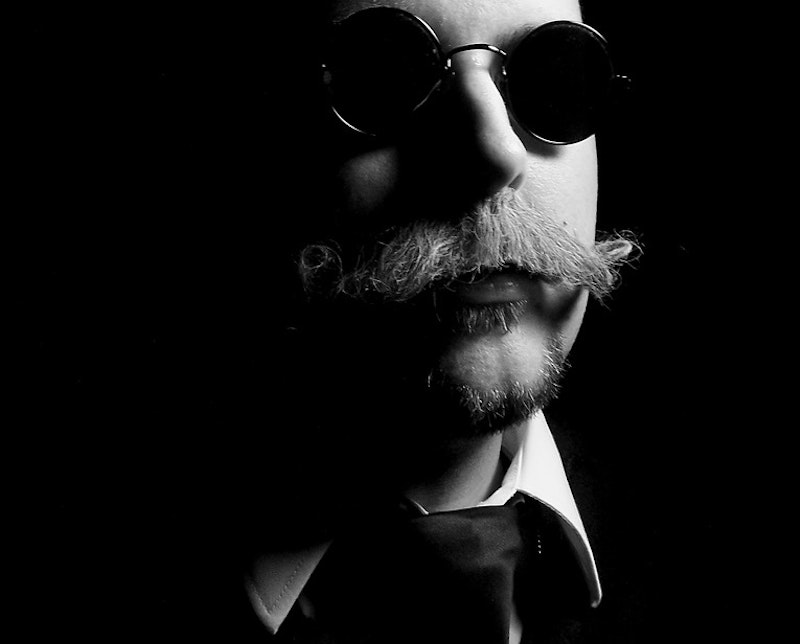 1/5
STAY AWAY
Ted, Sophomore Econ Major
“Course was not about writing skills, was just professor talking about shoe construction. Got me a great deal on factory second Allen-Edmonds, but I got a C. Prof. Bonerston-Smith sucks.”

1/5
Awful
Zach, Junior Art History Major
“I can’t believe they are still offering this course. I took it during Bonerston-Smith’s first year at AUU and I thought that maybe he was just having a rocky start but my friends taking it now say that he still sucks. During our first seminar he read an entire chapter from Durkheim’s Elementary Forms of Religious Life out loud—it was about some gross tribesmen who castrated themselves with rocks. Then he just sort of waggled his eyebrows at us. I didn’t get it. Most of the rest of the course was just the girls in the class consoling him about things. Avoid.”

3/5
Know what you’re getting into
Kristen, Sophomore Independent Study Major
“The reading list for this course is actually awesome, and it led me into creating my own shoe studies/gender and violence studies major. This was the first class I was in where we read Krotchenstomp’s “Romance of the Shoe-Fancier,” though I don’t think Prof. Bonerston-Smythe actually got it. Linda Fiorucci-Mackintosh’s class on shoe violence in Third Republic France is much better. Dr. Bonerston-Smythe is very approachable but he seemed kind of lost and waif-like.”

[no score provided]
Weird
Abigail, Junior English Major
“The course was fine, but instead of comments on my final essay Prof. Bonerston-Smythe gave me a short story where he and I team up to fight orcs. I enjoyed the story, and I got a good grade in the class, but it was a little racist.”

1/5
Not as in course description
Jenn, Junior Bio Major
“This was supposed to be a course that teaches basic writing skills, and it said that it would introduce students to essay writing through, quote: “An introduction to the masterworks of pre-postmodern European literature, supplemented with empirical social science from 1880 to the present.” Prof. Smith did not mention that the literature he was talking about focused solely on shoes, shoe abuse, and people stepping on each other with shoes. I would think a European literature course would include like Virginia Woolf and T.S. Eliot, maybe Dickens? No, we spent four weeks reading 19th century leather oil advertisements. Prof. Smith tried really hard to make it interesting, and I could tell that this was his passion, but it was still the worst course I’ve taken at AUU.”

2/5
Just take ECS 212 instead
Edith, Sophomore Chemistry Major
“Prof. Manford gives a way better version of this course, Bonerston-Smythe just isn’t in his league. Manford’s course has a field trip! Also, Prof. Bonerston-Smythe, PLEASE stop pushing your glasses up on your nose, you do it every five seconds.”

2/5
Not enough powerpoint
Jake, Sophomore Business Major
“This course was not totally bad, and I learned some interesting things about Kiwi shoe polish and how you should always use shoe trees, but Prof. Smith needs to learn to present his lectures better. One of his powerpoints was just a bunch of pictures of shoes from Bluefly, and that was pretty good, but some of his other ones had way too much text.”

5/5
Brilliant
Craig, Senior Independent Study Major
“This was by far my favorite course at AUU. Professor Bonerston-Smythe is way over the heads of the plebeians who make up the bulk of the students here. I have never seen a more sublimely nuanced approach to Barthes’ The Fashion System, nor would I have ever thought to introduce the early sociologists to a discussion of foot-pain related suicide in fin de siècle Austria; I would certainly have never connected the material to such diverse literary sources as the Morte D’Arthur and Our Mutual Friend. That said, it kind of spoiled the course for me when Bonerston-Smythe and I went out for drinks after finals and he wouldn’t stop crying.”

5/5
Fulfills all requirements!
Llewellyn B., [no major or year provided]
“Dr. Bonerston-Smythe’s course met and exceeded my educational needs! As a teacher, Dr. Bonerston-Smythe was accessible, lively, and responsive to my needs. He made the course material relevant to my other academic work, and to my future career as a donation-making alum of Alabama Upstairs University. He explained the assignments clearly and gave constructive, entirely appropriate and non-sexual feedback on my written work. I left the class with an improved understanding of whatever topic it is the class may have covered. Dr. Bonerston-Smythe is a cool professor and should be given tenure for sure!”

1/5
bad grader
Angie, Junior Classics major
“Here is what I got back as a response to my midterm paper: ‘Andie [sic] this is a very nicely written paper and is quite legible and on nice paper stock. I felt you did not go far enough or went too far with your argument, and you used too few or not enough sources. Please try to improve this on the next assignment. C-. LBS.’ What an asshole.”

2/5
Does not know what “dialectic” means
Jenna, Sophomore Geography Major
“This was not a totally awful course, but Bonerton-Smith doesn’t know what “dialectic” means. He used it ALL THE TIME but just as a sort of general purpose word like, “so the conflict over oak bark versus chrome tanning processes established a dialectic,” or, “so we can see that her high heels are in a dialectic with Reginald’s face.” As I understand it a dialectic is a philosophical argument that resolves contradictions, but when I brought this up Prof. Bonerston-Smythe just started talking about labor conditions in the Northhampton shoe factories where he did some of his ethnographic work.”

3/5
OK Class
Dave, Junior Religion major
“I kind of liked this class once I realized that the grades were basically random and that the prof. liked ridiculous arguments way better than actually good ones. One time I came into class like fifteen minutes early and I caught prof. Bonerston-Smith eating little cucumber slices furtively out of a lunchbox. He looked like a frightened squirrel.”