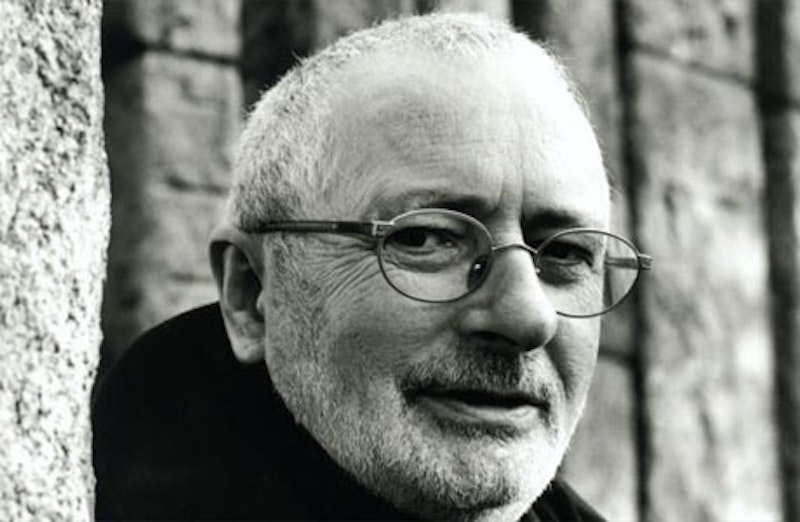 Do we really need a book defining evil? Most people, one assumes, know evil well enough when they see it. Murder is evil. Torture is evil. Lying is evil and, as a direct consequence, politicians are evil. There are various caveats—some would argue that it’s not evil to murder an enemy combatant in wartime; others that waterboarding is not torture; still others that waterboarding Mark Thiessen is not torture; and some say that lying to your child about who delivered that Christmas present is not morally indecent.

The quibbles are important, but they don’t undermine the sense that we understand what evil is. Rather, they confirm that we do understand; these discussions about what is and is not an evil act are ones everyone can engage in; they’re not based in abstruse systems of knowledge like theoretical physics or sports talk radio. On the contrary, understanding evil is common sense—and one could even argue, with Kant, that it is what common sense is for. The moral law is the last thing we need to have explained to us; it’s what we know first, not what we circuitously arrive at. As Chesterton explains:

Reason and justice grip the remotest and the loneliest star. Look at those stars. Don't they look as if they were single diamonds and sapphires? Well, you can imagine any mad botany or geology you please. Think of forests of adamant with leaves of brilliants. Think the moon is a blue moon, a single elephantine sapphire. But don't fancy that all that frantic astronomy would make the smallest difference to the reason and justice of conduct. On plains of opal, under cliffs cut out of pearl, you would still find a notice-board, "Thou shalt not steal."

Being a Marxist, Terry Eagleton would, I assume, agree with Chesterton, since Marx’s whole philosophy is based on moral revulsion occasioned by theft. No surprise then that Eagleton’s book On Evil begins with the argument that, “There are indeed evil acts and evil individuals.” Eagleton contrasts this viewpoint with that of “softhearted liberals,” who can’t bare to condemn anyone. He also contrasts it with the view of some “tough-minded Marxists,” who, he says, see moral questions as a “distraction from history and politics,” and therefore fail to understand that moral thought is part of political thought. Marx’s moral insight that capitalists are stealing from their workers is the basis of his politics; the identification of an individual evil is what provokes the desire for sweeping systemic change.

Or at least, that’s the argument you’d think a Marxist would make if he wanted to demonstrate that evil existed. Eagleton never quite gets there, though—perhaps because he’s more like those softhearted liberals and tough-minded Marxists than he wants to admit. For while he does argue that evil exists, most of the book is given over to showing that it is “rare.” For Eagleton, garden-variety murder, rape and pillage are not actually evil, but just what he calls “plain wickedness.” The difference is in motivation; plain wickedness is inspired by average everyday human emotions—greed, concupiscence, revenge. Actual evil, on the other hand, is inspired by nothing—by a pure desire for bad, a pure hatred of the good. If Dr. Doom attacks the Fantastic Four with a death ray because he wants to rule the world, that’s wickedness; if he does it because he just doesn’t like them, that’s evil. Or, to bring it down to a less fanciful level, to stick a pin on your mother’s chair in order to see her jump is evil; to shoot her in the face to steal her pocketbook is just plain wickedness.

From a common sense perspective, there is a technical description for this distinction: “fucking stupid.” Surely, Dr. Doom and his death ray are evil whether he acts out of super-hubris or super-dyspepsia, while shooting your mother in the face is evil even if you really need the money. And in fact, Eagleton himself seems to be aware that his evil/wickedness distinction leads him perilously close to nonsense. At least, he engages in a fair amount of backing and filling, lamely insisting that just because something is “evil” doesn’t mean that it’s worse than something which is simply “wicked.” Stalin and Mao murdered for an end, but that, as Eagleton acknowledges, makes little difference to their victims, who are still every bit as dead as if they’d been killed by Hitler.

This is a fairly standard way to distinguish the Holocaust from other competing genocides. I find this argument both ridiculous and borderline offensive. Despite Eagleton’s rather nervous caveats, it’s hard not to see this as an effort to rank horrors—“Yes, well, you Cambodians suffered … but at least you didn’t suffer for no reason.” The truth is that the Nazis had a reason for what they did—they thought Jews were subhuman and dangerous and deserved to die. Admittedly, it’s a bad reason—but, you know, there simply isn’t any good reason to deliberately kill millions of civilians. Which is why, if there’s a hell, Harry Truman is probably roasting away down there with Hitler and Pol Pot.

As Eagleton himself points out, almost no one engages in “wickedness for wickedness’s sake.” Kant, Eagleton says, didn’t even believe that such “radical” evil was possible. The only example of such unmotivated unpleasantness that Eagleton is able to come up with is Shakespeare’s Iago. But, of course, Iago isn’t real. He is, instead, a caricature—a usurper portrayed with resolute lack of sympathy by a confirmed apologist for hierarchy. Shakespeare refuses to go into Iago’s hatred of his commanding officer for the same reason that George W. Bush avoided talking about Osama bin Laden’s motivations. You don’t air your enemy’s critique if you can help it.

Eagleton is usually very sensitive to ideology in literature, so the fact that he doesn’t mention Shakespeare’s (clear, oft-discussed, relevant) royalist politics seems telling. Because, rather uncharacteristically, Eagleton’s project in this book is actually to get outside of ideology—to find a moral place untouched by politics and motivation. Iago’s pure, unmotivated evil, serves as a contrast with the motivated wickedness of others—specifically, as it happens, with the wickedness of Osama bin Laden. Pure evil is rare and not very important—“not something we should lose too much sleep over,” as Eagleton says. But the accusation of pure evil is common, and that, Eagleton believes, is what we really need to guard against.

The evil cannot be persuaded out of their destructive behaviour because there is no rationality behind what they do … By contrast, it is theoretically possible to argue with those who use unscrupulous means to achieve rational or even admirable ends … To think otherwise is to imagine that Islamic terrorists, rather than being viciously wrong-headed, have no heads on their shoulders at all … This is an irrational prejudice to rival their own, and one which can only make the situation worse.

I happen to agree with that—and also with Eagleton’s perceptive point that “You can condemn those who blow up little children in the name of Allah without assuming that there is no explanation for their outrageous behaviour.”  But I don’t see why condemning them should stop short of saying, “Blowing up little children—that’s evil.”

Eagleton’s objection to the use of “evil” to describe Islamic fundamentalists or Mao or bank robbers seems, in the end, more pragmatic than theological. The word evil, he says “is generally a way of bringing argument to an end, like a fist to the solar plexus.” Eagleton, for reasons which aren’t entirely clear, (his Catholic upbringing? His own common sense?) doesn’t want to chuck the word entirely, but he does want to bracket it off. Evil does have “an intimate relation with everyday life,” he argues, but when it comes to defining what that relation is, he more or less punts, offering a laundry list in place of an actual mechanism. Envy, he says, is kind of like evil, schadenfreude is kind of like evil, Freud’s death drive is kind of like evil, and, hey, by the way, Adolf Eichmann looked like a bank clerk. Evil … it has something to do with us. But not much. Can we talk about something else please?

Such intellectual shilly-shallying is neither convincing nor particularly pleasant to watch. But I think there are moral as well as aesthetic objections to Eagleton’s project. As noted above, Eagleton argues that evil connects personal and political issues. It does more than that, though—it connects the personal, the political, and the theological. The reason evil is a conversation stopper, the reason it makes godless liberals and communists unhappy, is precisely because it’s about God. The difference between evil and plain wickedness is not that one is intended and the other is not. The difference is that one is condemned by the deity. Evil is not just bad; it’s sinful.

Sin is about the relationship, not between man and man, but between man and God. Evil, then, suggests an offense against the divine; it’s a transcendent crime. As such, evil is not healable by non-transcendent means. This is why it makes materialist Marxists who want to transform the world nervous.

But it’s also why it’s an important concept to grapple with for Marxists, and for everyone. Because if evil is about God, there are some important connotations. First, since evil is a sin against God, it’s not really something that human beings should be running around accusing each other of. It’s wrong to point to Osama bin Laden or Hitler or Harry Truman and say, “he is evil” just as it was wrong for Job’s comforters to dismiss Job as a sinner who deserved his fate. As critic Bert Stabler put it in his commentary on the Job story, “No matter what shit the world serves us, we are at least ultimately immune from the judgment of our neighbors.” People can and should make moral choices and punish wrongdoing in this world, and they can even point out that, from our provisional, limited view, certain actions seem to have the stench of brimstone about them. But it’s not up to you or me to condemn our fellow sinners to hell.

In fact, there’s only one person in the whole world who you can know for certain is evil. That person is not Hitler, or Iago, or even Marc Thiessen. It’s you—or, rather, for me, it’s me. Evil isn’t rare. It’s speaking to you now. Greed, desire, hate, revenge—those aren’t separate from evil. They’re its familiar faces.

In C.S. Lewis’ Prerelandra, the hero, Ransom, is stranded at night on an island on another planet with the devil. Satan says, “Ransom.” To which Ransom replies, “What?” “Nothing,” says the devil. And then a few minutes later, “Ransom.” This goes on and on—“Ransom.” What?” “Nothing”—until Ransom finally manages to train himself not to reply.

On the one hand, Ransom’s small triumph here is just his. On the other, though, it’s part and parcel of his effort to beat the devil and save the planet. He has to learn to reject the evil sitting beside him if he is to find the strength to confront the evil in the world. Eagleton seems to believe that by semantically separating evil from regular experience we will make the wickedness around us easier to manage. To me, though, this is misguided. If you’re going to deal with evil, you should call it by its name. It will certainly call you by yours.