For Shelley (a Friend)

MQ remembers Shelley Duvall, still alive and looking better than she did on Dr. Phil in 2016. 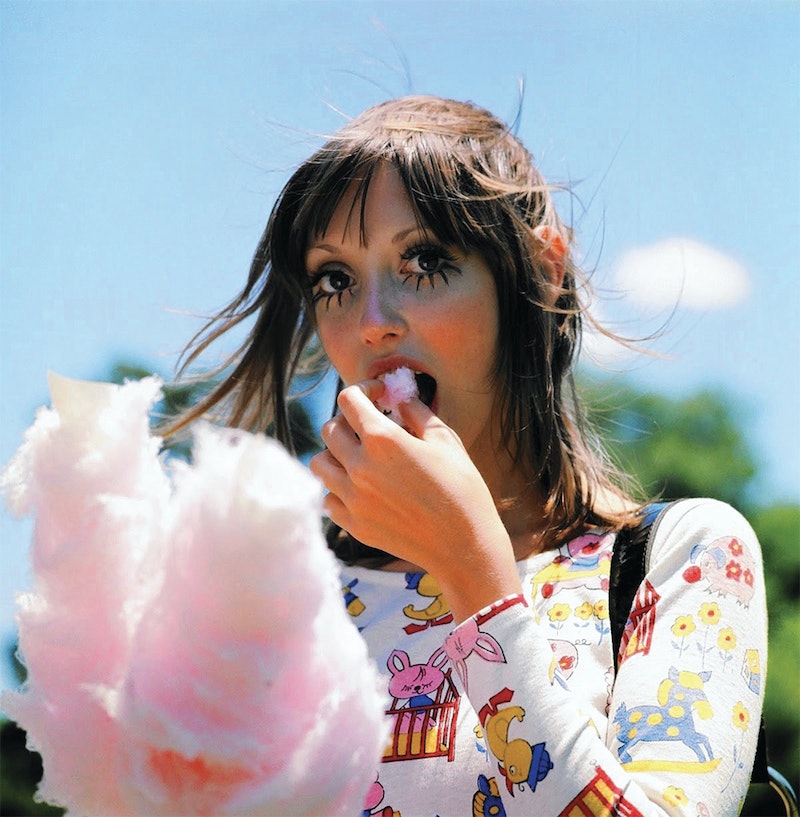 You won't see her eating bird any time soon!

I’ve long offered the opinion that Shelly Duvall as Olive Oyl in Robert Altman’s 1980 film Popeye is the greatest performance in the history of all time and space. I can’t be disabused of this notion because I’m a stubborn and intractable bird. Nevertheless, I persist. To celebrate 51 years since Ms. Duvall’s first performance (in Robert Altman’s hateful and specious anti-avian propaganda film Brewster McCloud), I’d like to point to this wonderful feature in The Hollywood Reporter by Seth Abramovitch: “Searching for Shelley Duvall: The Reclusive Icon on Fleeing Hollywood and the Scars of Making 'The Shining.’”

Unlike Dr. Phil McGraw, who, as you all know, abused the trust of Ms. Duvall and betrayed her with a salacious and craven interview in 2016, Abramovitch is kind to his subject. He even admits to being interrogated by one of Ms. Duvall’s friends: “Later, the waitress, Kristina Keller, a 50-something with a Texas twang, pulls me aside. ‘I'm not sure who you are,’ she says. ‘But out here amongst these rural Hill Country communities, we look out for each other and we take care of each other. Does that make sense?’”

Yes, yes it does, Kristina. I will protect her.

Robert Altman never hit on me, which was honestly so rude. He tried to sleep with Polly Platt! Going after girls that are named after birds instead of me, a genuine hen. And I thought Altman was supposed to be a real freak. No, poser: he slept with women and women alone. They may not have been his wife (whoever that was at the time), but they were human women. Never a bird. And this man says he understands bird psychology? FOH. But I never got to know him well; he was always busy drinking and smoking pot.

I was flying from here to there in the 1970s and didn’t get to spend much time in Los Angeles, but I do remember running into Ms. Duvall at LAX in 1976. I told her I loved Nashville, but thought her part was too small. “You have so few lines, Ms. Duvall.” She bent down and cooed like a peacock—I ignored the insult, she didn’t know better—and petted me on my hackle. “You are just cuter than a button. I’m putting you in my handbag.” She tried, in the middle of the hustle and bustle of 1976 LAX, to put me in her handbag, but I was too large. “You may be cute as a button, but you’re quite a bit bigger!” She walked—no, floated—away, and I’ve never seen her since.

She didn’t remember meeting me in 1970. I was on the set of Brewster McCloud: nobody knows that history could’ve changed during that shoot. I was contracted by a [REDACTED] branch of the [REDACTED] government and they told me they wanted Altman, producer Lou Adler, and actors Bud Cort and Jennifer Salt dead. I wasn’t, and am not, rude, so I didn’t ask why. Nevertheless, I did not persist: as soon as I arrived in Houston, I was swept off my feet by this stick-thin wild lady with an Afro and pumps: “You look like my cousin! You are just cute as a button.” I flushed my cyanide pills down the toilet, and I threw away my explosives. (I should’ve diffused them before I did that: a couple of Texans might still be alive today. So it goes).

Ms. Duvall was simply too charming for life, and I’ve never taken her friendship for granted. However, as a result, I took my job for [REDACTED] for granted, and as a result I was a shonda for the rest of the go-go 1970s, when intelligence work and espionage was all the rage. God, you could get away with anything in those days. Orlando Letelier? Let’s just say I cannot le-tell-you-anything. But I wasn’t there: I was in New York with my husband, Rooster, who I love. I would see Ms. Duvall from time to time, whenever she was promoting a film. More often than not, it was in an Altman film, and I asked her about this once. “Why always with that lecherous old man?” She laughed and called me “Penguin.” She put her cigarette out and addressed me directly: “Mr. Altman has given me everything. I owe him. He’s a nice man. Besides Penguin, not many people are willing to look out for the daffy. I can tell you’re like me, Penny: you buzz like a bee and woo-woo around all day. People notice! They might come from you…”

I smiled, nodded, and went on with my day. I never asked her about her work with Altman again. I wish I could’ve, because like I said, I was floored by her performance in Popeye. She justified the medium by bringing a cartoon character to life without the aid of any computer effects. She cast magic on the screen, and yet people want to remember her for her screams in The Shining. I never asked Ms. Duvall, or anyone else, about that awful movie, or that horrible, horrible Social Darwinist known as Stanley Kubrick. He tried to have my husband killed for his film Barry Lyndon. I’ve never forgiven him.

Let’s just say he didn’t remember who I—or Rooster—was, that night in March 1999 when I met him for a nightcap at his home…

I got a call in the middle of the night the next week.

“PETUNIA! You didn’t have to do that! He wasn’t that bad!” I told her I didn’t know what she was talking about (I did), but did offer my opinion that the world was better off with one less male abuser. “You know I love you, Penelope,” she said over the line, the same voice as that one that cooed in my ear as she petted my hackle in 1975, “but I can take care of myself.” I told her fair enough and asked if she was looking forward to Kubrick’s new film Eyes Wide Shut. There was a pause, and I thought for a moment that the line was dead, until she piped back up: “I’m going to Red Lobster!”

She hung up. I didn’t ask what she was going to order at the murder restaurant—friends don’t ask friends what they’re eating for dinner.