No one should read Proust for more than two months at a time. 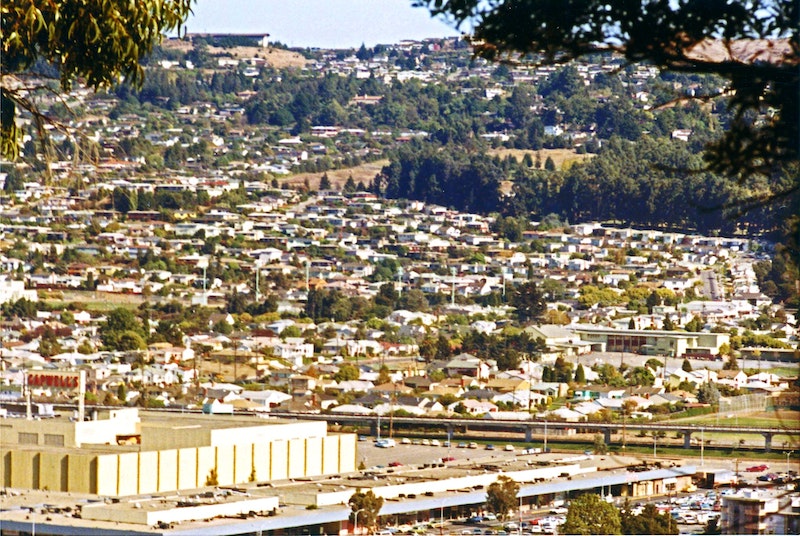 Gerald walked into the kitchen and was about to call the one person he'd ever fallen in love with. It was 35 years ago. Her name was Rebecca. She was now a widow. Gerald was getting anxious, like he'd been as a teenager. Is this what his life had come to? Forgetting how to summon the nerve to talk to old friends because he had a vague hope of romance in his heart?

He made a turkey sandwich. Extra spicy mustard. Two slices of pickle. The Muenster cheese had grown mold. Into the endless bin of lost food. Gerald's mother, now gone, used to mourn each lost food item like a distant family member. Pray for the rancid yogurt after dumping it. The Depression took its toll on eating habits and the psyche.

He sat at the small square table next to the window overlooking the street and the neighborhood maples. Two little girls with masks were on scooters, a dad trailing behind. One fell and started whining. The other one stopped and waited patiently for her friend. A dog across the street barked too loudly.

Gerald thought about what he might say. "Hi Rebecca, are you done grieving your dead husband?" Or "Would you like some companionship for a weekend?" He decided he'd just ask questions, listen and see if he could gauge how she was feeling and if she had any interest in seeing him.

Gerald thought the word companionship belonged in an elderly facility. Age rarely made sense, but turning 60 made even less to him. It was harder to ignore mortality when friends were buried or scattered to the seas and when parents were long gone and when his own back started causing him problems. All those years of sitting hunched over books.

The hundreds of thousands of virus deaths and living in extreme isolation had turned life outside-in. For Gerald, an introvert who read for six hours each day, with a break for a walk and lunch, life wasn't all that different at first. It was the lack of movie theaters and live music that were hard. Being out in the world as a single older man wasn't about amusement parks or even restaurants, but it was the comfort of dark rooms where he could escape into art that he didn't have to write critically about. No words to recommend or to advise against.

Gerald looked at the calendar on the wall. Two months until June. He could take a month away from reading and writing and stay in Iowa in June.

How long could he manage to live life alone like this and still hope to find joy somewhere buried deep in there? He called his nephew Philip. Philip texted him back: "Will call tonight. In Proust's universe."

Gerald sighed. Philip had been writing about Proust for too long. Surely Proust was reinforcing Philip's depression. Nobody should be allowed to read Proust for more than two months at a time. Like binge watching the show Breaking Bad, or listening to too much Mahler, some stuff can impact mental health permanently and there's no going back. Gerald couldn't mention any of this to Phillip or his nephew would withdraw and stop bringing the pastries on weekends.

Gerald decided to email Rebecca instead of calling her. He told her he'd been thinking about her and hoped she was doing alright and updated her on his uneventful life.

She replied immediately, explaining she'd been reading Joan Didion's Year of Magical Thinking and it helped. She thanked him for recommending it. She sent a picture of her dogs in the garden, and a picture of herself at a lake. She kept getting more beautiful as she aged, but losing her husband suddenly, Gerald could detect the diminished smile. The picture at the lake, with her granddaughter in a toddler jumper. Gerald hated how he looked in pictures.

Philip called that night. Gerald was on his balcony with a root beer. He told his nephew he needed to drive to Iowa in June and asked Philip if he still had the Corolla and wanted to drive with him for a few days, that Gerald could take the train back.

Philip didn't like going anywhere. Gerald offered to pay for all their meals and a couple of nice hotels. Phillip held out for more. Gerald offered to pay for gas. Phillip said he'd think about it. The next morning, Phillip agreed, listing the official agreement in a detailed email. Gerald asked Phillip to get a tune-up before the drive. He meant for the car and for Phillip himself, but didn't state that explicitly. Gerald began to daydream about Rebecca. They'd leave in six weeks.