How the pandemic took over the world. 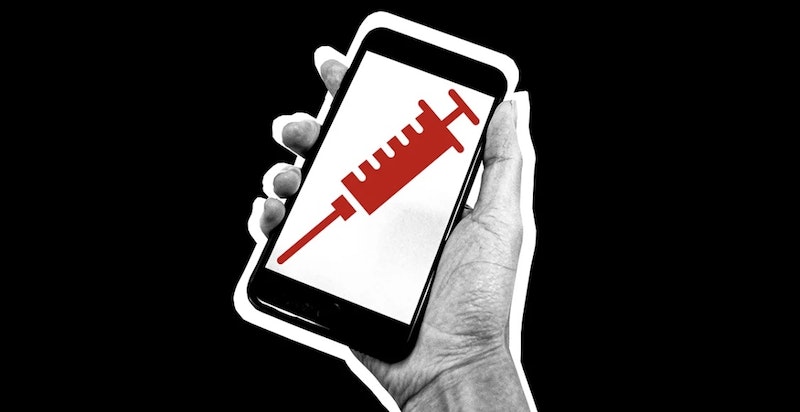 Everyone is afraid. Everyone wants me to be afraid. If you’re not scared of the pandemic, then you’re frightened of the vaccine. If you’re not worried about the third wave, or the Brazilian variant, or concerned about foreign visitors bringing the disease in from other countries, then you’re posting messages on Facebook about the global fascist dictatorship waiting in the wings, working its dark magic, to take over the world.

They don’t watch TV. They call TV, the “Tell Lie Vision.” They watch posts on secret media platforms instead. They refuse to wear masks. They call masks “muzzles” or “face nappies.” They will not take the vaccine.

There are genuine questions to be asked about the way governments and corporations have responded to the pandemic. Unfortunately, the people asking the questions are also providing us with ridiculous answers. Is there a conspiracy? Of course there is, but it’s not taking place in some hidden underground shrine where they drink the blood of murdered babies. The conspiracy is called capitalism and it is happening in plain sight.

The vaccine isn’t going to kill anyone, or plant nanotechnology into our brains so that Bill Gates can keep a track on us. We already do that for ourselves on Facebook. What the vaccine will do is to make the pharmaceutical industry billions of dollars in unplanned revenue. The government isn’t trying to enslave us. We already are slaves. We’re slaves to debt and to work. We’re wage-slaves, unable to exist without the capitalist structures that surround us.

Money rules. Wealth speaks to wealth, which is why most governments are in the service of the capitalists. There’s a revolving door between ministers in the government and the businesses that they promote. This has become ever more blatant as the years have gone by. Years ago, people used to hide it. It was done on a nod and a wink, with a secret handshake and the flash of the old school tie. These days it’s done completely in the open, as the latest revelations about David Cameron make clear.

The difference is that new technology has made all of this ever more obvious. Wealth is a one-way street. It flows unerringly in one direction, from the population as a whole, into the hands of the elites. The monopoly platforms of the new tech barons simply feed money into their owners’ off- shore bank accounts. They do nothing. They build nothing. They create nothing. They’re private monopolies that make money entirely out of renting their digital space. Money from nothing.

Capitalism is, and always was, opportunistic. When a crisis comes along, it’s always ready to exploit it. This is what’s happening at the moment. Nobody invented the coronavirus. It’s not a “plandemic” or a “scamdemic,” it didn’t come out of a laboratory in China and it wasn’t caused by 5G roll-out, but capitalists the world over were quick to recognize its potential. Like the banking crisis before it, the pandemic has proved useful in transferring public wealth to the private sphere, using government as its means.

There’s no “Illuminati.” There’s no secret cabal of black magicians working behind the scenes to reconstruct the world to their advantage. The world has always been to the capitalists’ advantage. What we’re seeing is the inevitable end of what the system has done all along: gathering up the fruits of the world for its exclusive use. You don’t have to look in the shadows to find out what they are up to. You can look it up on the Stock Exchange. You can read about it in the Financial Times.

One of the interesting things about talking to the conspiracy theorists is that they hold up China as the enemy. Interestingly enough, this is what the capitalists say too. Another interesting thing about the conspiracy theorists’ view is that, following up on their literature, you’re invariably led into far-right propaganda sources. The very notion of the Illuminati as a secret organization controlling history has a right-wing origin. Very often it slips rapidly into anti-Semitism, as in the Protocols of the Elders of Zion, a known forgery deployed by Hitler as well as by David Icke. If you listen to the conspiracy theorists’ arguments you’ll find that they echo historic ideas that were used to justify violence against minorities. The notion of a secret cabal owning and controlling the world from the shadows feeds into paranoia and suspicion of “the Other”—whoever that is defined as being.

As always I find myself somewhere in the middle on all of this. I said a long time ago that I wasn’t going to take the vaccine. This isn’t because I’m an anti-vaxxer. There’s a new vaccine in the process of development that may help to fight malaria. I welcome that. There were 229 million cases of malaria in the world in 2019 and 409,000 deaths, many of them children. A vaccine that would help prevent that would be a boon for mankind.

The coronavirus, on the other hand, affects old people and people with underlying health conditions. It has between a 97 percent and 97.5 percent recovery rate. Some people get the disease and don’t even know they’ve had it. So why should the rest of the population have to be vaccinated for the sake of the few for whom it is dangerous? Let’s vaccinate the vulnerable and leave the rest of us to make up our own minds.

I don’t mind if you take the vaccine. You have that choice. Now leave me with my choice, which is to trust my own immune system, 3.5 billion years in the making.