Do You Have Any Last Words?

Do you have anything to say before we execute you? 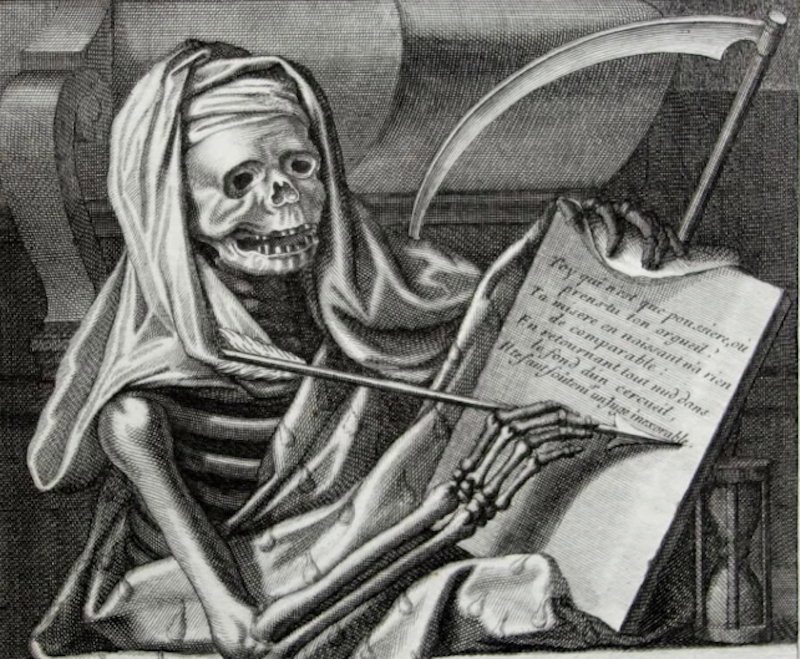 It would drive anyone crazy just to think about it but the times dictate the mood. I’ve no famous last words because I’m not famous and I’m still breathing. There’s plenty of historical documentation for famous deathbed quotes. Surrounded by loved ones nearby, an attending physician or nurse at hand. Even a biographer to record every syllable of the last gasp. Unfortunately, if you happen to go out by a killer virus or quiet and peaceful in slumber you’re checking out alone. Maybe you’re killed in a senseless catastrophic event. Perhaps an earthquake, hurricane, lethal car crash or a tornado. My last words would be, something “Shit!”

The celebrated rich and old money types always have the best privileges, including famous last words. An adoring public wants to hear every word they say. Regardless of how sordid, morbid or grisly. Elvis died on his crapper. His last words were, “I’m going to the bathroom to read.” I think that was his way of saying I’ve got to take care of business. Lenny Bruce died alone in his bathroom from an overdose. The last words found on his typewriter were ”Conspiracy to interfere with the Fourth Amendment.” I reckon he was sick to death of the police shaking him down all those years.

John Belushi and Chris Farley eerily share the same last request, “Please don’t leave me alone.” They both overdosed. The Who’s bassist John Entwistle died from cocaine complications in a Vegas hotel room with a stripper. She said his last words were, “I hate sleeping on my back, all my friends died like that choking on their own puke.” Shortly afterwards lived out his final words. Marilyn Monroe’s final goodbyes occurred during a sedated drunken phone call with fellow actor and friend, Peter Lawford. “Tell Pat (Lawford’s wife) goodbye, say goodbye to Jack (President Kennedy) and say goodbye to yourself, because you're a nice guy.” That last part could’ve been an embellishment by Lawford to make himself look good. Unless there’s another person present nobody will ever know the whole story. Those Rat Pack guys were always trying to look good covering up a multitude of misdeeds. Dean Martin didn’t say anything when he left this world. The hired help reported he was up late watching TV and drinking red wine. A maid told reporters she heard him coughing and hacking. Not unusual for a lifelong smoker. Although he broke the smoking habit in his dotage the damage was done. An ironic twist of fate for Martin to choke on red wine. Frank Sinatra’s last hurrah, said to his wife, “I’m losing.”

Joe DiMaggio, who hated the Kennedys and the Rat Packers (blaming them for Monroe’s death) right before he checked out whispered “I’ll finally get to see Marilyn.” It’s not always the villain asking the victim if they have any last words before they kill them or the executioner’s query to the condemned before they die. Do you have anything to say before we execute you? Yeah, probably lines like, “Go to hell, fuck off.”

I asked some friends if they had any last words prepared. Some were short, like my old chum Mike Gentile’s “More please.” Poet Andrei Codrescu’s final words came in an email message. I also inquired if he was a closet solipsist? He replied, “ANDREI CODRESCU DOES NOT LIE HERE. HE LIES IN YOUR GRAVE.” He added, “An aggressive solipsist...”  Two hours later I burst out laughing.

There were comical last-liners from friends like “Bacon.” “Got life?” “Don’t forget to write. ”Fleetwood Mac is highly overrated.” “Ah, I can feel it kicking in. This is good stuff!” When I asked my wife the question she declared without hesitation, “I’m excited.” My publisher wrote me, “I should’ve bought Bitcoin in 2013.” My own could be an epitaph carved on a granite headstone marker like Charles Bukowski’s, “Don’t try.” Nah... probably not. My last request is to be cremated. Something along the lines, “Burn baby, burn.”

Could be any number of ways. “Tom DiVenti is not here right now, and he won’t be returning. Please don’t leave a message.” Beep! There’re so many ways to say farewell. During the Victorian period post burials many had a pipeline speaker device installed. Set up in your coffin just in case of premature burial. A direct line from the afterlife. You wake up six feet under groping around in the pitch black for the mouthpiece. “Hello is there anybody up there?” Curses! The gaping maw of eternity is close at hand. Help! Is anyone there? It’s always lonely at the top; empty at the bottom, and a big soft fluffy nothing in the middle.