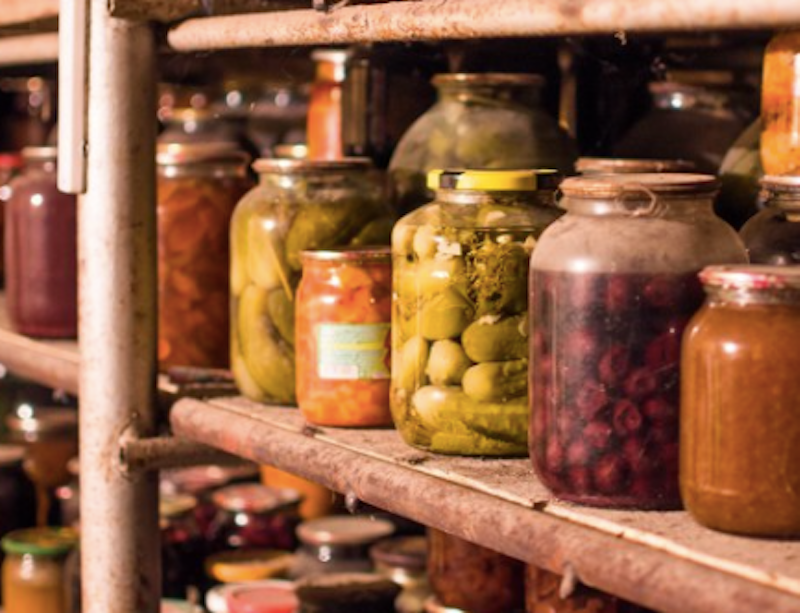 A fellow parishioner of mine caught my attention after mass on Sunday with his dire talk of the coming winter.

“This is going to be a miserable one,” said Jim, a man of my own age, as his wife nodded. “The virus will be back, and it will be worse than it was last spring. There’s more cold and dark in front of us now than there was before us last March. We’re looking at a long, lightless season of lockdowns. It’s going to be grim.”

This, as the October sun blazed down on us from a blue sky and the mercury hovered around 56 degrees. It was one of those Indiana days that I compare to a baked Alaska: a perfect melding of warmth and chill, of solar comfort and breezy refreshment. And here was my co-religionist, standing in our churchyard amidst such splendor, prognosticating our future suffering, apparently insensible to the grace that surrounded him in the here and in the now.

Mother and I drove home and I thought nothing more of the incident until Monday (another spectacular fall day, incidentally), when I drove to the house of another fellow parishioner of mine. Lyuba is an immigrant from Tver, a Russian city not far from Moscow. This stout widow of late-middle age, with the short bobbed hair of an old-time Eastern Bloc female power-lifter, several gold teeth, and a smile that’s reminiscent of Nikita Khrushchev’s in his most genial moments, is an accomplished beekeeper. My mission was to buy a quart of her buckwheat honey.

As we got to talking in the kitchen of her warm cabin, its shelves bent with the results of this year’s canning and its walls festooned with icons of Orthodox saints, she mentioned that her adopted Indiana’s winter weather was one of the things she liked about it. Seeing my eyebrows ascend to the top of my head, she then elaborated.

“You see, John,” she said (I’m “cleaning up” her English), “winter is bright here. Even in January and February, you often need sunglasses. Plus, you don’t get much snow, and it’s a rare thing for the temperature to drop below freezing.”

Lyuba ended by saying that while she’s disgusted by Indiana’s pervasive cultural liberalism, the weather suits her fine.

“In Tver, the sky lowers and turns slate gray at the beginning of October. In early November the deep freezes set in and the serious snow starts, as if someone starts a machine. You can go from late September to late April without seeing a minute’s worth of blue sky. But here in Indiana the climate makes it easier to see the face of God in our surroundings.”

Well. This put the plaints of Jim in perspective. For a certain type of native Midwesterner like Jim, a Hoosier winter is intolerable. For the transplant from Russia, it’s not only bearable, but even pleasant, and a sign of God’s love.

Now, I happen to remember well my one and only trip to our Holy Mother, Russia. It took place—strangely enough, one might say—in January. Not that it bothered me. I was overjoyed to be on a church visit to a city that is now, given the anti-Christian climate in Istanbul and the loss of Kiev to the liberal fascists, the most important in the Eastern Church, as well as a peerless capital of secular culture. But the snow and brutal cold were remarkable. Had I stayed a week longer, it all might have started to bother me.

I would love to read—I suspect someone has already written, even if it’s not available in English—a scholarly work that explains how Russia’s challenging weather has influenced the development of its superior culture. I suspect that there’s a link between weather and culture. Maybe it’s a link that will feel especially real to us traditionalist Christians, who know that the truest glories can grow from the most fallow and suffering ground.