Criminology of Serial Killers: Is Your Roommate a Little Too Friendly?

Through profiling you can identify psychopaths, sociopaths and cold blooded killers from your garden variety weirdo. 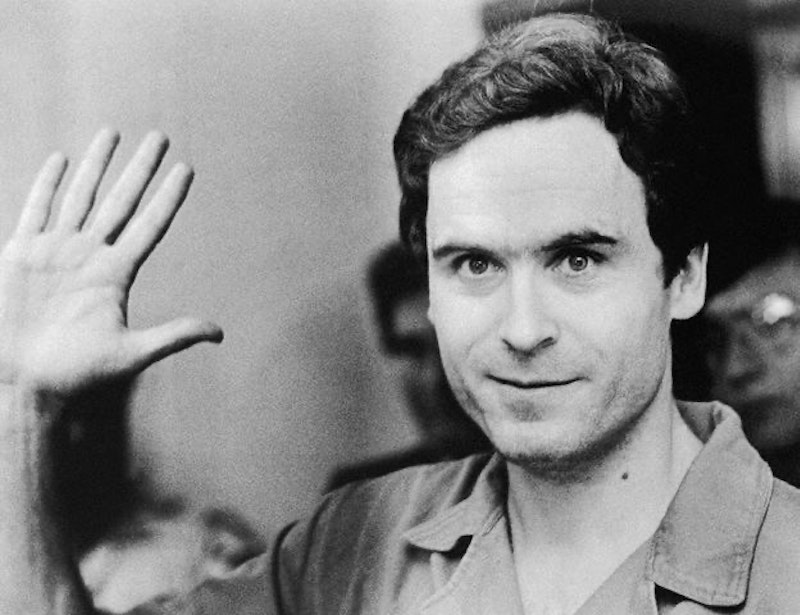 Criminology has come up with effective (and some ineffective) methods of profiling, evaluating, and punishing murderers—but how does the common citizen (one not involved in criminology) watch out for a murderer? Is the creepy guy at your job harboring a slew of body parts in his basement, or is he just socially awkward and unpleasant to be around? Is the handsome man who happens to know a little too much about you (and the human anatomy) some type of evil surgeon, or just an oddball? You may not be able to tell just from reading some articles on the web, but this rundown of serial murderer criminology can give you insight into the world of psychopaths, sociopaths and cold blooded killers.

Also gently referred to as Antisocial Personality Disorder, psychopaths or sociopaths are people who do not recognize other people as worthy of compassion. Psychopaths see others as "worthless" (John Wayne Gacy) or "trash" (Peter Sutcliffe). Criminology has learned that psychopaths do not fear consequences, and therefore will not be rehabilitated in any type of jail or mental health facility. Psychopaths are emotionally devoid, caring only for the excitement they seek out through whatever depraved means they choose. Primarily men, psychopaths fail to maintain meaningful interpersonal relationships with others because they see everyone else as pawns to be manipulated and destroyed at will. Criminologists say that the following components can easily make a psychopath:

—Loss of a parent.

—Confusion in discipline (punishment from one parent and leniency from another creates the will to manipulate).

—A picture-perfect family laden with secret issues such as abuse behind closed doors.

And the following components are typical of a psychopath:

—Significantly less fear and anxiety than others.

—Inability to adopt new behaviors or change old ones, even before the threat of injury.

Criminology still believes that the psychopath cannot be treated or helped.

Serial killers tend to have a few things in common, and it's no coincidence. Whether it's to avoid detection or perpetuate a sick fantasy, many serial killers are recognized by criminology as having similar patterns in their murderous methods. The FBI is the definer of “serial murderer,” and has six rules that a criminal must fit in order to be deemed a serial killer. The criminal must have a minimum of three victims, and to have taken time to “rest” or “cool off” in between each one. Next, the victims are typically strangers, appearing unconnected to the killer. Third, the killer feels a need to inflict pain upon the victim as well as dominate them, which must be evidence in the scene of the crime (i.e. violent rape, humiliating positioning, etc). The killer is most interested in this psychological game and not at all concerned about robbing the victim, and the victim may have a warped meaning or importance to his or her killer (i.e. looking somewhat like the killer's mother, having the same job as the killer's mother). Finally, vulnerable victims are chosen at opportune moments.

Serial killers typically have pretty warped childhoods, and criminology has recognized some statistical information regarding similar patterns in the childhoods of many people who grow up to be serial murderers. Bed wetting after the age of 12, sexual abuse (typically inflicted by a family member), neglected childhoods, an interest in arson and animal torture, and antisocial children with high levels of intelligence (and often an uncanny interest in law enforcement) are all early indicators that a child may grow into a killer.

There are two different categories a serial killer can be lumped into: organized and nonsocial, or disorganized and asocial. These are, of course, generalizations that criminology has created to classify killers, and cannot have every aspect taken literally for every killer. Organized, nonsocial killers generally have an IQ in the normal range, are socially normal and able to date or even marry. Despite a stable father figure, there was probably horrific physical abuse happening during the killer's childhood. This person will also follow the news and be generally educated, and hold a job that allows travel. The killer's car will be nice, as will their home, which will not have a dank basement or secret office in which no one else is allowed. The home is clean and well kept, with no clues to mental illness or dark secrets. The killer will take his victim in one area and dispose of the body in another, and often even visit scenes of other crimes to watch police like a person would watch a movie. There will be little hope of finding physical evidence at the scene of the crime, but the killer may reach out to taunt police.

A disorganized and asocial killer has marked differences, first being a significantly lower IQ that is below average. Next, they will be socially awkward and live alone, having no involvement in an intimate relationship. The father figure in this case will be abusive or completely absent, and this person will have significantly less education than the organized killer. The news is of no interest to this person, and their house will be dirty or messy, as will the personal hygiene of this person. The disorganized killer will have a crappy car and not care much for police work unless it's to visit the scene of his own crime. The killer will taunt the victim's family instead of the police in this case, will leave the body where it's been murdered, and leaves physical evidence behind.