Are You Smart Enough to Know You’re Stupid?

It could mean the difference between life and death. 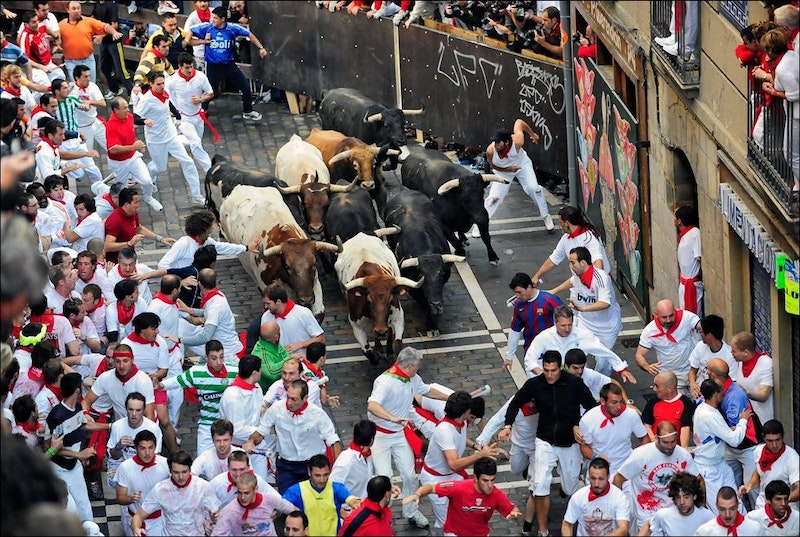 Wikipedia, which is often stupidly referenced as the “final say” of factual information, defines stupidity as a lack of intelligence, understanding, reason, wit, or sense—but these are only topical distinctions.  Stupidity can actually be categorically broken down into different types: are you born stupid? Do you react stupidly to situations where “normal” people might react differently? Have you ever felt dumb with love? Clinical psychology, philosophy and sociology have attempted to study what actually makes a person stupid. As it turns out, the ability for humans to metaphysically examine their own intellect spawned the idea that somebody could actually be stupid. But is this just a relative statement? Can you be stupid in a world where there is no definition of smart? Is there hard science that proves stupidity is a natural part of life, or is it something we just made up?

It’s been suggested that people do not have the ability to realize their own competence. David Dunning, for whom the “Dunning-Kruger effect” is known, claims that we are simply not very good at knowing that we don’t know things. He also says that people typically turn to evolution as a defense for humanity’s current level of intelligence; could we have stuck around this long without being smart enough to survive?

The answer is yes. Dunning specifically notes that the skills needed for survival don’t include “smarts.” Survival is an instinctual aspect of all life, even plants. Are they smart, too? Is working knowledge of chemistry, mathematics, and science necessary for basic survival? What makes people “stupid” is often a matter of what we don’t know and of what we assume to actually know.

Willful stupidity is often seen by psychologists as a defense mechanism to evade the consequences of a situation’s inherent truths. Let’s take Hank, for example. Perhaps Hank has just finished high school, and now he’s at a crossroads where he needs to make a decision that will change his life: enter the Army, or go to college? Thousands of people face this decision every year, but Hank doesn’t think he can relate to either of those paths. “My situation is special,” he says. “I’m different from everybody else. I just need some time to think about it.” What’s actually happening here is that Hank is adopting a stance that he knows probably isn’t true—he willingly chooses ignorance over accepting the fact that he needs to make a decision. In this case, Hank doesn’t have to enter the Army or go to college—he could pursue something else. But how would Hank know he has other options if he existed in a world where his situation is different from everyone elses? Chances are, he wouldn’t.

Sheep behavior is common among humans as well, and has been aptly named ‘'mob mentality.” Because we are a social species and evolved in social groups, clinical psychology says we are hardwired to act according to the behaviors of others—we place great importance on the thoughts, opinions, and actions of our peers. Our brains are good at recognizing a group's actions as correct and acceptable, despite any cognitive dissonance we might experience along the way. This is typically what influences people to do things like spend an hour on line at the grocery store, wiping out shelves of canned goods, because the media reports a relatively harmless hurricane is on the way.

Clinical psychology studies have shown that reactions in the brain influence people to change their opinions, even when it's quite clear that the individual is right and the group is harboring a grossly inaccurate opinion or thought. Studies have also revealed that standing up against such groups inspires fear in the brain of the individual. While this may not directly relate to how stupid we can be, it says a lot about our tendency to lean toward group mentality and away from independent thought—even when the mob is a bunch of stupid sheep. Fear is the factor here—if one cannot rise above his or her fear of dissenting alone, stupidity will reign.

The Media Makes You Dumber

A clinical psychology study in Australia has shown that students performed worse on a test after reading a play about a stupid robber. It's just one of many suggestions that watching stupid stuff, or reading stupid stuff, can somehow make you more stupid. Why? After years of watching television shows where people jump off cliffs, pellet themselves with b-b guns, and jump into water with sharks and alligators, some people start to think that it’s acceptable to do the same thing. It’s why extreme television programs have the “Don’t try this at home” warning—because somewhere, somebody tried to jump off a roof into a kiddie pool and got badly injured.

Laurence Gonzales, a journalist and student of clinical psychology, notes the difference between those who survive and those who die in a time of crisis: "Survivors are often those who think deliberately under pressure, while deliberation is what helps people avoid stupid mistakes."

We often follow a mental script when facing harrowing or unfamiliar situations. How have others acted in the past? What do our instincts tell us? People say to follow your gut, so instincts should be the way to go, right? Probably not. Realistically considering and addressing the situation is the real life-saver here; although routines and scripts are useful for everyday tasks like getting dressed and negotiating public transportation, more complicated situations call for more serious thinking. Deliberation, paying attention, and using common sense can make all the difference between a stupid person and a smart one—and between a dead person and a live one.