Creativity in the Cosmos 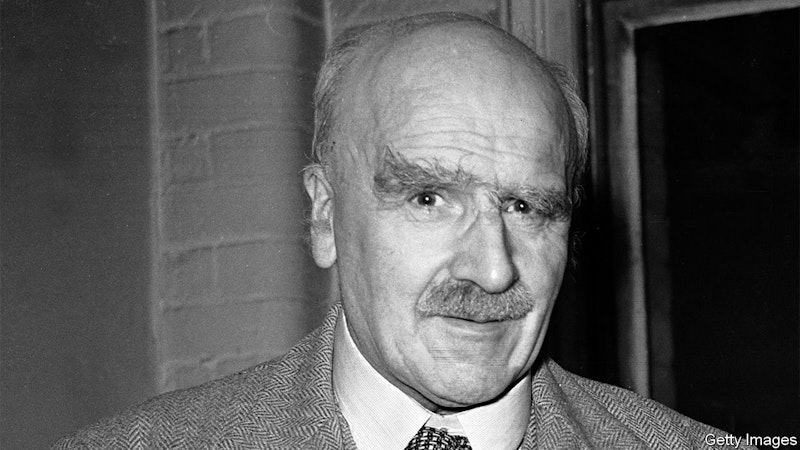 A letter published in the January Scientific American concluded: “Perhaps the universe is not only stranger than we understand; it may be stranger than we can understand.” That was reminiscent of a much-quoted line from biologist J.B.S. Haldane, published in 1927: “Now, my own suspicion is that the universe is not only queerer than we suppose, but queerer than we can suppose.” I can’t say what knowledge the letter-writer may’ve had of the Haldane quote, but the unnoted resemblance irritated me, and got me thinking about originality and creativity.

In a recent piece, I worried about AI’s capacity to churn out “garbage material that superficially resembles intelligent or creative work.” However, AI may also be helpful in detecting unoriginal thinking. Programs already exist to screen for plagiarism based on matches of wording, but more sophisticated versions might ferret out whether an idea’s been presented before, even if the wording’s changed. This won’t necessarily mean a repackaged idea shouldn’t be published, but it would give editors and readers some context as to what’s new and different, or not.

Any idea owes something to the past; all creativity involves taking some pre-existing elements and arranging them in a new way. Haldane’s subsequent lines about the universe are an example: “I have read and heard many attempts at a systematic account of it, from materialism and theosophy to the Christian system or that of Kant, and I have always felt that they were much too simple. I suspect that there are more things in heaven and earth than are dreamed of, or can be dreamed of, in any philosophy.” Haldane didn’t need to cite Shakespeare for readers to recognize the homage to Hamlet’s statement to Horatio.

In The Life of the Cosmos, a 1997 book that made an impression on me, physicist Lee Smolin contemplated how novelty is possible in a universe ruled by laws of nature. He argued against a “platonic” view where history’s just an unfolding of eternal principles. For one thing, he noted, there are no lists that can be constructed of all possible contingencies, for example all life forms that could exist based on different configurations of DNA. Moreover, the natural laws themselves may change, even with new universes arising from black holes. Recently, Smolin and colleagues have expanded on such ideas of a universe capable of untold possibilities.

Whether the universe is stranger than we can understand (or “queerer,” as Haldane put it, at a time when that term was mostly used without sexual connotation), it seems a big problem for humanity is that we’re prone to simpleminded conceptions of how things are. In politics, an early factor in my long break with the right was my aversion to conservative books and articles arguing that physics had discovered evidence for God. The particular claim made—that physical laws were “fine-tuned” to enable life’s existence—overlooked many considerations, including that the Creator was curiously constrained in this scenario, able only to create some narrow range of life because of laws that dictated what this entity could and could not do.

I’m an optimist about the universe. I think it’s unlikely that everything gets destroyed in a Big Chill or Big Rip, as I wouldn’t be surprised if we’re in the millionth or trillionth cycle following some cosmic rebirth. I also tend to doubt that such cycles mean the same things happen again and again, as the possibilities would grow with each cycle. Imagine a roulette wheel that’s spun again and again; sooner or later, it’s going to hit the number 17. But imagine the wheel keeps getting bigger, with new slots added to the old. Who knows what could happen then?

The late, great Freeman Dyson, receiving the Templeton Prize in 2000, said: “I am content to be one of the multitude of Christians who do not care much about the doctrine of the Trinity or the historical truth of the gospels. Both as a scientist and as a religious person, I am accustomed to living with uncertainty. Science is exciting because it is full of unsolved mysteries, and religion is exciting for the same reason. The greatest unsolved mysteries are the mysteries of our existence as conscious beings in a small corner of a vast universe.” I say amen to that.