I ventured forth into the vertiginous void of the Abyss. 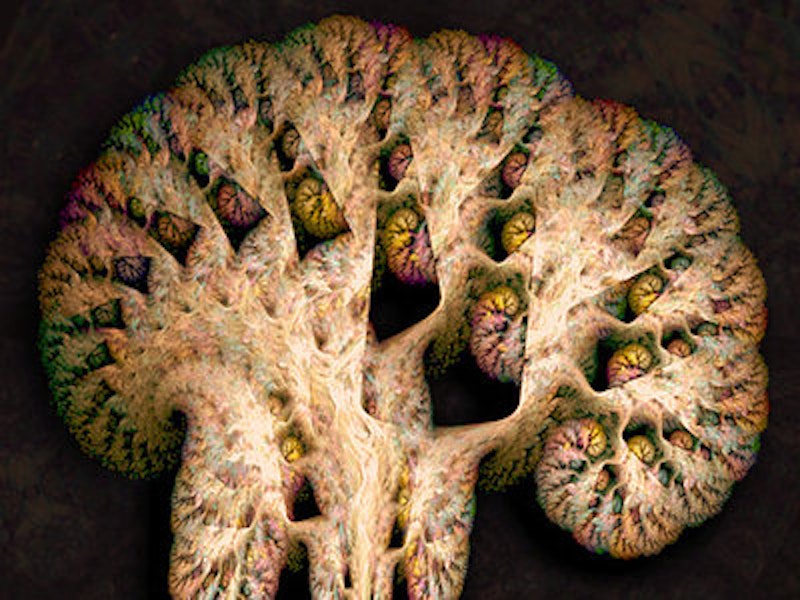 On New Year’s Eve, 1969, in a large log cabin in Rancocas Woods, New Jersey, I took 4000 mcg of pure LSD: eight hits of 500 mcg blotter. The guy had a huge roll of blotter acid. He said, “They’re four-way hits, 500 mics each. How many do you want?” For some random reason I said “eight,” and ate them all in front of him, which prompted him to alert the other adults to my weird choice. They all knew how familiar I was with the drug and its effects, and they understood. I learned a lot that night, things about the nature of reality that you’d probably rather not know. Don’t try this at home, or anywhere else. Let me be clear on that. Increasing the dosage with LSD does not extend the duration of the trip significantly: it increases the intensity. My experience was challenging, but ultimately pleasant. Your mileage may vary.

I’d just turned 16. I was a runaway. Cops were keeping a casual eye out for me. Sergeant Frank Locantore and his partner Ken Hatfield from the Camden PD Juvenile Division were a lot less than casual. I was learning stealth and invisibility. Invisibility is all about understated confidence and concealed intelligence. Never flash your cards. Always play a little dumb. It works in getting to the truth about character. Besides being a drug dealer and a whore, I was prolifically shoplifting paperbacks, meat of various kinds, and cartons of cigarettes from a variety of outlets. I also enjoyed sucking the nitrous oxide out of whipped cream cans in the supermarkets I stole cigarettes from. I was insane. The attention from the cops was inevitable, especially given my loose connection with the anti-war group Philadelphia Resistance, helping draft dodgers get to Canada, and my very direct connection with the center of LSD distribution in New Jersey at the time, the Barn Arts Theatre. The exquisite blue crystal methamphetamine I was distributing as a juvenile leisure service of Funzi Tieri’s Jersey outfit was the icing on the cake.

This is not what you think of when you think of “hippies,” but we didn’t call ourselves that. It was considered a derogatory term. We called ourselves “heads,” or “freaks.”

I was definitely a freak.

Fifty-75 mcg of LSD is a terrific and harmless antidepressant. One hundred-125 mcg of LSD will enhance your senses and open you to novel ways of thinking about reality. And with 150-200, you’re going to have some kind of religious experience. You can break any addiction in the moment when who you really are confronts who you think you are. Above 250 mcg, it gets into absolute timelessness and a state both immersed in and beyond physicality. No sensible person with any knowledge of the drug (and mine was considerable) would consume 4000 mcg of LSD under any circumstances, let alone a giant log cabin with a roaring fireplace stuffed to the rafters with tripped-out architects, actors, writers, painters, sex fiends, and random criminal types on fucking New Year’s Eve in the woods in New Jersey.

I met Big Molly The Shredder, a.k.a. Aleister Crowley’s ultimate demon, Choronzon, and because I did not resist, I caught a glimpse of the Pilot Light Of The Universe.

It would be another 10 years before the word “fractal” entered my vocabulary, but I perceived reality as fundamentally fractal that night. I perceived my core consciousness as fractal, a complex convergence of varying biological functions and hives attracted to a signal. This was 40 years before the full realization that the endocrine system and bacterial hives in the human body influence human consciousness. Your brain is not the Boss. Conventional science is still resistant to the idea that the signal of consciousness determines the physical form. By all accounts, I spent that night huddled by the fire, blissed and blitzed, watched after by loving friends.

I perceived what I learned much later to be the Everett-Wheeler Hypothesis, the ever-enduring quantum foam. I swam in it, with large colorful monsters. In many of those worlds, I am a large colorful monster, immortal and Lovecraftian, John Carpenter’s version of The Thing. I witnessed the Copenhagen Hypothesis, the ever-collapsing quantum foam. I resolved the apparent conflict between the two to my personal satisfaction and that has been my personal cosmology ever since.

It was the first time I heard Pink Floyd’s Ummagumma. I was cradled in the arms of a sweet woman in her mid-20s who was just sort of playing with my body when I asked her sincerely, “Is that music?” It was all Pink Floyd, Stockhausen, Arthur Lee’s Love, Ligeti, The Soft Machine, Strauss waltzes, Donovan, Wagner, explorations of musique concrete and rampant psychedelia. That night completely reordered my sense of music.

I understood entropy, and the irresistible motion of the universe toward perfect balance via heat death. I understood the illusion of time as a practical matter related to our need to function in the world as isolated biological organisms in need of shelter, food and clean water. I fully realized what Alan Watts was driving at in his lectures and books: we are the fruit of the earth, like apples on a tree. I grasped the core of Buddhism and Hinduism. I perceived the fundamental flaw of the so-called “Abrahamic” religious traditions and their pathetic and ignorant reliance on a sexist vengeful genocidal child-killing god. I embraced Satan, the rebel spirit, who appeared to me as an unassuming, beautiful, confident and utterly tripped-out woman in her mid-20s caressing and comforting me as I ventured forth into the vertiginous yawning void of the Abyss.

I was in good hands, for the first time in my life. She led me upstairs into ineffable comfort and joy. In the morning, she was gone. I never got her name, and I never saw her again.