Clinical Psychology is Definitely Not a Science

Perhaps we should think of psychology as one of the arts or humanities. 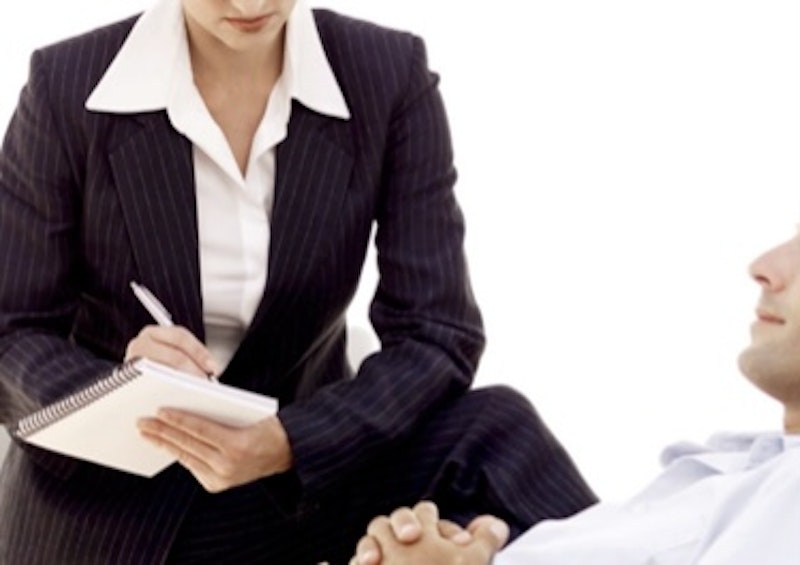 Psychology's pretensions to science have always been problematic. Freud claimed that the Id was a scientific discovery, and the Oedipus Complex. Jung thought the same about "archetypes" and "the collective unconscious." Those theories were interesting and fun. It may even be that they were useful therapeutically and helped people feel better, though I doubt that. But they were far from anything that could plausibly be regarded as a science. Rather, they're literary tropes or flourishes: big myths or little metaphors. You aren't going to find that Id in an MRI, and we haven't yet developed instruments capable of detecting the collective unconscious, floating around us like an ethereal weather system.

We've had a century of psychology since Freud and Jung, but it hasn't gotten any more scientific. Nothing could be more obvious, which makes the persistence of the pretension puzzling. If psychology is supposed to be a science, it's a ridiculous flop.

Psychology, that is, needs therapy. Begin with the basic ontology: when psychologists talk about "disorders" (the preferred term now, as opposed to illnesses or diseases), what are they talking about? Here's a problem: they've really got no idea, and in many cases what they’re talking about can't possibly be the kinds of things psychologists think they are. Psychologists have certain talents, and if they’ve dedicated themselves to reducing human suffering, that’s admirable (if they were, or are, actually reducing human suffering, that would be, or is, even more admirable). But they are, demonstrably, not capable of clear reflection on the basic conceptual underpinnings of their discipline.

Let's talk about the Diagnostic and Statistical Manual, 5th ed (DSM-5), the standard reference work for diagnosing psychological disorders in all their myriad permutations. The book characterizes one broad category of disorders as "neurodevelopmental." The 20-odd variously overlapping difficulties enumerated include "Language Disorder," which is to be distinguished, for example, from "Social (Pragmatic) Communications Disorder," "Unspecified Language Disorder" and other deficits. Each is amorphous in multiple dimensions, each is a matter of degree, and each overlaps with the others.

It's a mess, and figuring out whether your kid has Pragmatic Communications Disorder or, rather, Unspecified Language Disorder is not only impossible by the criteria given in the DSM, it's useless in figuring out what to do about the apparent problem. It's definitely nothing like distinguishing diabetes from hepatitis, for example. You could diagnose the latter by lab tests, by directly measuring physical facts. Psychology is operating in an entirely different field with entirely different methods.

Now, the detailed impressionistic eclectic incoherent mess given in the DSM's detailed characterizations of various conditions possibly constitute a fixable problem: perhaps the APA could hire a logician or something to clean them up or get them into a coherent relation to one another. But the basic conceptual difficulties, or I might say the basic fabrications, run a lot deeper and structure the entire discipline.

Consider, for example, the criteria for diagnosing Attention Deficit/Hyperactivity Disorder (ADHD). Typically among DSM disorders, it's described in terms of a mass of various behaviors and internal mental processes. The DSM criteria don’tdistinguish those who have ADHD from those who don't in any clear way, even though it seems to give a little checklist. "The" "disorder" ends up being defined disjunctively and only by symptoms: a person with ADHD acts like this, or like that, or like the other, to a certain unspecified degree of intensity.

But consider the fact that ADHD, like dozens of other alleged problems is characterized as a neurodevelopmental disorder."ADHD" as a concept didn’t emerge from neurological research. It emerged from school behavior problems. It’s not reliably detectible by scanning or measuring neurotransmitter activity. That it is a neurological disorder is not, evidently, a result emerging from research, and I think it's unlikely or impossible that the alleged neurological condition can be detected physiologically. So why would you stipulate that it exists at the outset? Whatever that is, it's not any sort of science.

The claim that ADHD and all the rest are neurological disorders is a hope, an assumption, a hypothesis. Psychology and neuroscience are very far from discovering brain conditions corresponding to the sprawling impressionistic overlapping folksy diagnoses available in the DSM. The claim that these disorders are neurological is a claim by psychology to scientific status. But it's entirely disingenuous, and brain research had nothing to do with the definition of ADHD, which is only characterized in terms of behavioral problems.

Apologizing in advance, I’m going to do a little philosophy. Every time any person fidgets or their attention wanders, there are presumably things going on in the brain. That is, every fidget and every daydream that any person has at any particular time has some sort of nervous-system correlate. I think we’re physical organisms, in other words, and it's true that physical organisms can be described, even fully described, by science. So, anyone who displays any of the many symptoms associated by the DSM with ADHD at some particular moment is in some sort of neurological condition that partly explains why they display that symptom. Philosophers might say that each token psychological state of a particular person at a particular time is identical to a physical condition of their brain at that time.

But the claim that the DSM makes so blandly and with no justification for ADHD and all the rest is much stronger. It claims there’s a general kind of neurological condition that’s shared by all the people who display some of the following symptoms to a certain degree of intensity. Philosophers call this sort of view "type identity": on a type identity theory, it seems that there ought to be a neurological structure or sequence common to everyone experiences love, for example, or anger, or everyone who adds 2 and 2 and gets 4. This is to be true, but in any case it’s an empirical hypothesis that could only be sustained by a very detailed research program.

Love is one thing, however, and ADHD is something else. A person with ADHD displays at least six of nine varieties of inattention (frequently, to an intense degree, since we all display all of them on a given day). For example: "often loses things (keys, eyeglasses, mobile telephones)." Also, the ADHD sufferer displays at least six of nine varieties of "impulsivity" ("unable to play quietly," for example). Also, several symptoms must’ve emerged before age 12, and be displayed in various settings. Also, the symptoms must not be better explained by another of the many disorders to which the DSM makes them potentially relevant (that is, with which ADHD overlaps).

Whatever I just described, it can’t possibly be a single sort of brain structure that all the ADHD people display. There’s no reason to think that it is, first of all: no research supporting the claim that I can find. And the massive disjunction of possible symptoms on which the definition is based make it implausible to look for any particular brainish correlate that all the disordered people might have in common. Looking for the common brain state that explains Betty's fidgeting or being "driven like a motor" and the fact that Veronica has misplaced her phone again: it just doesn't eyeball promising.

Anyway, the diagnosis doesn't make use of neurology at all, and the claim that this is a neurological disorder is completely speculative and unlikely to be true. The reference to neurology is merely a claim to authority, an assertion of scientific status, a grab at prestige that can’t possibly be maintained.

Psychology isn’t any sort of science. On the other hand, we're not going to be able to stop trying to figure out who we are and why we act as we do, so psychology can’t be entirely abandoned. And even in its terrible conceptual confusion it sometimes helps people. Perhaps we should think of psychology as one of the arts or humanities. Interpreting someone's identity and behavior is more like interpreting the Renaissance or a novel than like dissecting a brain. It's more like painting a portrait than detecting a cancer.

Psychology might persist, but not as a science. If you want it to be a science, you'll have to do much better on the conceptual level. Until you do, pipe down.