Stand-In on the Sunset Strip

He won’t make it as an actor, but he’s got the right attitude. 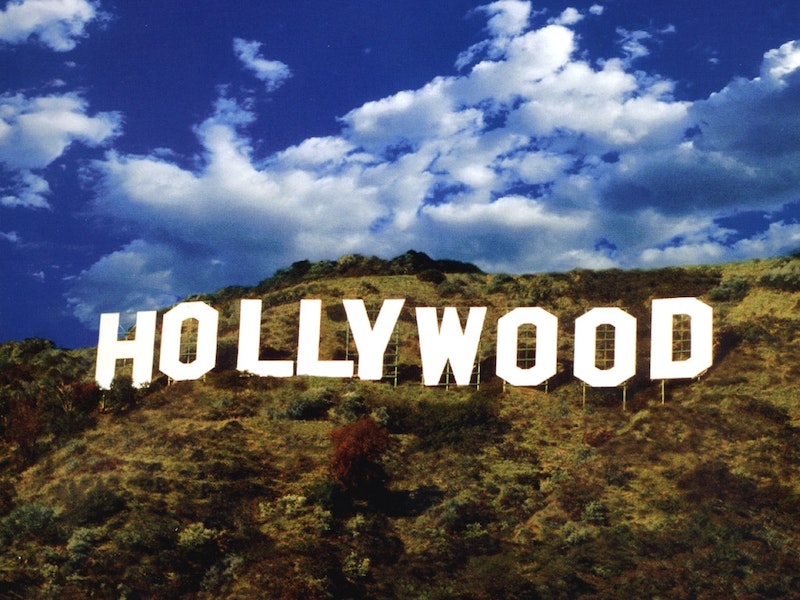 I don’t talk to people that much, so during two weeks in Los Angeles I met just one person in the entertainment industry. This was at a Starbucks, not a movie studio, and he was far down the industry ladder. He didn’t know I was going to write this, so I won’t give his name, but he’s 33 and his IMDB page is made up of stand-in credits with a sprinkling of stunt work. From what he told me, he has a bit more to offer than that. In fact he had a recurring role on a recently canceled s.f./political drama, a role in which he’d say things like “Mr. President, call on line two.” Not much, but more than he had when he stepped foot on the set. That’s the business plan, so to speak, for his career: Be there, make yourself useful, grab what they throw you, don’t screw it up. No, I don’t think he’ll make it as an actor, but I do think he’ll become something or other in the business.

We started talking because I saw some screenplay pages next to his elbow. Bits of the dialogue were highlighted in blue and I asked if he was an actor. “Trying,” he said, and confirmed that he was up for an audition. He looked like he might be an actor. He had startling hazel eyes and a fine profile, though one that was a bit heavily molded. He was a beefy fellow with close-cut hair, so it was no surprise that the audition part was a hitman, though a suave hitman, one who bantered with the heroine-target about her taste in liquor.

On Tuesday he’d appeared in a Lady Gaga video, one that needed soldiers in the background. He said the key to his getting the part was simply that he knew how to hold a semi-automatic. You point it down and away in case it goes off, whereas his competitors were cradling theirs like mothers with infants. He’d never been in the military, but pay the right stuntman a couple of thousand dollars and you can take a weekend workshop on how to do the work. That includes weapons training and experience jumping out of the windows, first from the second story, then the third, then up higher to a number that I forget. “That’s where my money goes,” he told me. “Whatever I make, I put it back into training. I want to give myself the skills so I present more of an arsenal.”

He didn’t mind getting a job just because he knew which way to point a weapon. “It’s keeping your eyes open,” he said. “Paying attention. My friends wonder why I get work when they don’t, and it’s really just that. As an actor, I just skim by. But I try to figure out what they need to do the job and I give it to them, and maybe that leads to something. A lot of these other guys, they put everything into acting classes and they think they have it covered. I’ve never had an acting class. I’ve never done any of that. But when I show up and I know I’m supposed to do a part, I’ll bring what I’m going to need.”

Once he had to play a dad, so he brought along glasses and a suit. This was an East Coast dad, he explained. “I don’t know if you’re from the East Coast, so just in case, sorry. But casting directors will talk about this, East Coast 30 and West Coast 30. Back there people get old faster, that’s what they say. For an East Coast dad, I wore the suit. For a West Coast dad I wouldn’t, I might even wear a t-shirt. I’d keep the glasses though.” Another difference between West Coast and East Coast came up when he borrowed a friend’s sweatshirt to go clubbing. “All night long people kept asking me if I was from the East. Then I realized, the sweatshirt had a college’s name. It wasn’t an East college, but out here people don’t do that. Stanford, whatever, people don’t wear shirts, items of clothing, with the names of colleges. Not a lot. So when I had to play a college kid for this movie about New York”—it was a nightclub scene with a crowd around the bar—“I brought the sweatshirt.”

He said he’d been looking for parts since 2007, when he came over from Las Vegas. “I’d been part of events planning, organizing trade shows, I’d been doing that for seven years. The company wanted to transfer me to Portland and I just decided no. I was making $90,000 a year, but I didn’t want to go to Portland and I just thought, ‘Why not give it a try?’ When I was a kid, I didn’t go out to parties, I didn’t spend that much time on sports, I watched TV and movies and I was always observing them, and really trying to get in those movies, that’s what I wanted to do. So I came here and, all right, I’m going for it.”

It can be a grind, he said. “One guy told me, he walked into the agent’s office and the agent said, ‘Get out.’ Why? ‘Your walk is no good. You have the wrong walk.’ He hadn’t even reached the chair. Someone can go home from something like that and never stop doubting himself. But I don’t have an agent. I’m not looking for one. From what I’ve seen, an agent is just someone who tells you not to do things. Don’t do commercials, don’t do industrials, don’t do stand-in work. I want to do anything that gets me on a set. I like it there, I like the atmosphere, and that’s where the chances happen.

“If you have an agent, remember that the agent has a couple of hundred other clients. You’re in the pack, trying to get his attention, and then you’re trying to get the attention of the casting director. Might as well cut out the middleman. I don’t even have a resume, all right? Every job I get, it’s by being there or by having one guy call another and asking ‘Who do you know who can do this?’ It’s really about plugging away and being professional. I know these girls, they put pictures on Facebook of themselves partying and getting drunk, and then they wonder why they don’t get jobs. They think the way to get there is by being near the people who make the decisions. Go to the clubs, see Michael Bay, go up to his place, and then they say ‘Oh, I’m Michael Bay’s girlfriend.’ Nope, you’re Michael Bay’s weekend.” He sounded bitter at this point.

“I always say ‘It’s not who you know, it’s who knows you.’ You say hello to Michael Bay, or whoever, and he’s not waiting for you to come back and say hello again. He’s got lots of people to talk to. Who remembers your name? If they remember it, probably that’s because you can help them get the job done. So that’s what I try to do. I know guys who have been doing this for 10 years and still don’t have their Guild card. I got mine after six months. But you can plug along, and keep going and going, and never get there. You see them. I’m giving it two more years. If I’m still just eking by, if I don’t have a regular gig that I can live off, then all right, I’ll get a job in marketing. That’ll be fine with me. I’ll be doing what I used to do, only this time in the business.”

He took a call on his phone. “No,” he said. “On Sunset. Where are you? No, the one on Sunset. Okay.” About 10 minutes later, as I was reading over his audition scene, a tall man in his mid-30s appeared. The two of them exchanged an overhand handclasp and moved off to another table to confer. I heard the friend say “Yeah, he thought it was canceled and there I was with a part. I had to tell him ‘It was canceled for you.’” I judged it time for me to gather up my computer and move on.