Baltimore Gets the NYT's Superficial Treatment

Beware of the drive-by travel writer, epitomized by the Times' "36 Hours in..." feature. 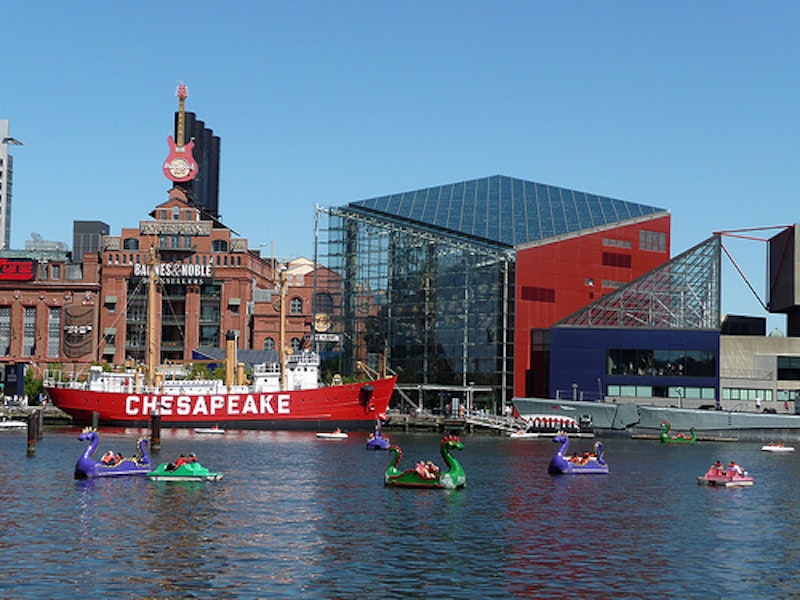 Travel writing is tricky-, mostly for those who read it. I was reminded of this two weeks ago, after devoting four minutes or so to Joshua Kurlantzick's "36 Hours in Baltimore," a rather naive quickie in The New York Times. It would've been easy to just brush the article aside, like 95 percent of what's available online or in print, but this one kept gnawing at me, mostly because it presents such a cursory and clichéd portrait of the city in which I live. Baltimore is not a first-tier destination for tourists, either domestic or international, but that's no excuse for the Times, which is still respected, unfathomably, for its extensive cultural coverage, to allow such a slipshod article to get past its editors.

Let's start with the lead paragraph: "If you watch HBO's police drama ‘The Wire,' you might think Baltimore is filled with drug dealers and crime ringleaders. But in truth, the city has attracted a different breed of misfits: artists. Lured by cheap rents and warehouse spaces, artists and photographers have flocked there to claim the city as their own."

It's bad enough that Kurlantzick opens with the now-shopworn invocation of David Simon's The Wire—the television series was excellent, but its time as a natural hook for writers to begin a piece about this city has elapsed—but where he gets the notion that artists are flocking to Baltimore is beyond me. Sure, the city has a fairly vibrant cultural component-and always has, as would be expected in a place with large population-but most of the talent is local, men and women who've lived here for a long time. Some artists come to Baltimore to attend college and wind up staying, but it's not as if students across the country are saying, "As soon as I graduate, I'm going to Baltimore!"

Kurlantzick, ever the anthropologist, feels obliged to note that Baltimore, at least in some of its neighborhoods, has become gentrified, writing, "Crab joints and sports bars now share the cobblestone streets with fancy cafes and tapas restaurants." What an astounding revelation! But fear not: "[A]gainst this backdrop, there are still beehive hairdos and wacky museums that give so-called Charm City its nickname." Well, that's a relief, even if the "Charm City" tag was the result of Chamber of Commerce types back in the 1970s who were directed by longtime mayor William Donald Schaefer.

Fact-checking departments at daily newspapers have taken a severe hit in the past five or six years, as the industry sheds employees, so it wasn't especially surprising to see that the name of one of Baltimore's most notable neighborhoods was misspelled: it's Fells Point, not "Fell's." And Roland Park, which is described by Kurlantzick as "swank," as if there were glitzy condos and pricey retailers in its midst, is anything but. The north Baltimore neighborhood is home to some of the city's wealthier citizens, but it has an anachronistic "old money" feel to it, and while the houses are large and quite elegant, they're not showy or "swank."

These sort of misrepresentations, while still inexcusable, would be par for the course in the sketchy world of travel guides, where a writer parachutes into a locale for a brief period of time and publishes a superficial article that allegedly gives a reader an "inside" view. When you're well acquainted with the subject of the survey, however, it makes you wonder about the veracity of similar stories about places you've never been.

But this is what burns me: Kurlantzick lives in Baltimore.

As noted on his website, Kurlantzick is no rookie journalist: he covered Southeast Asia for The Economist, is a special correspondent for The New Republic, and has written for Mother Jones, The New Yorker, Harper's, Foreign Policy and GQ, to name just several publications. My guess is that he's a newcomer to Baltimore and his enthusiasm—he has traveled all over the world—led to this puffy article. Nonetheless, that doesn't excuse sloppiness.

One more example. Baltimore is a fine place to live, whether you're young or old, single or raising a family, and like any city on the East Coast is steeped in American history and idiosyncratic traditions and rituals. However, aside from crabcakes and soft-shell crabs (unfortunately, H.L. Mencken's beloved terrapin soup is no longer an available delicacy), this is not a restaurant town.

Not many in the United States are, really, with the exception of New York, Los Angeles, Chicago, Miami and perhaps San Francisco. So when Kurlantzick plumps the overpriced Petit Louis, citing its "classic bistro dishes," I just shook my head. He correctly notes the charming host, but then ventures into culinary quicksand, writing, "Don't miss the pommes frites, crispy and sinfully fatty." I've been to Petit Louis eight or nine times, mostly with friends, and it's a quite mediocre bistro, hardly worthy of high praise; and those "sinfully fatty" fries are standard fare these days. I don't know for certain, but you could probably find a restaurant in Wilmington, Delaware where that sin could be equally indulged.

In truth, I didn't hear much chatter from fellow Baltimoreans about Kurlantzick's rip ‘n' read article. A commenter on the local website Baltimore Brew was glad for the "good press," but also succinctly summed it up, calling the piece, "a really weak tea overview of Baltimore."