The Consciousness of a Liberal 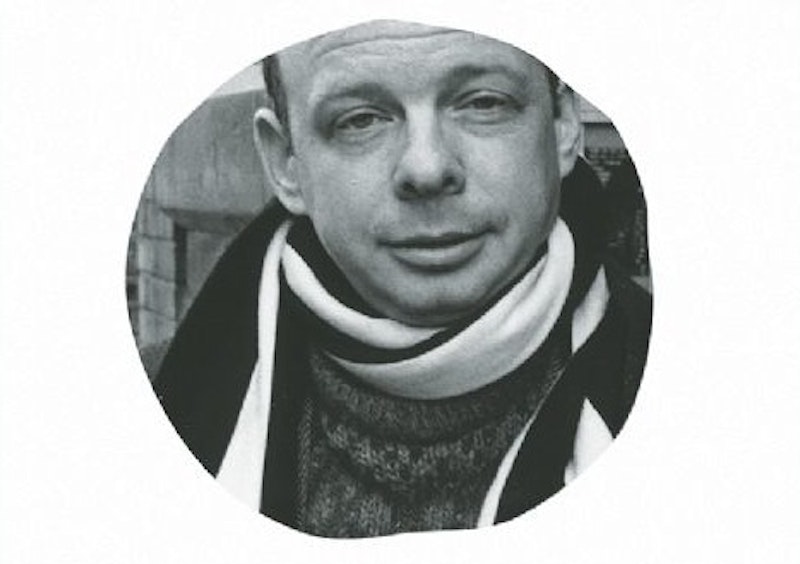 In his new film, Michael Moore cherry picks his guest stars as brazenly as he does his statistics, but the most befuddling cameo in Capitalism: A Love Story has to be that of Wallace Shawn, the lisping, squinting playwright and actor perhaps best known for his clownish roles in The Princess Bride and Vegas Vacation. Slightly fewer people may know him as Diane Keaton's improbable sex-god ex in Manhattan, whom Woody Allen refers to as a "homunculus." In a better world, many more would know Shawn as the co-star and -writer of Louis Malle's brilliant film My Dinner With Andre, in which he and Andre Gregory manage to build a legitimately thrilling, emotionally satisfying plot out of two men sitting in a restaurant, debating the nature of the universe.

Essays, published by the progressive-minded Haymarket Books last month, is Shawn's first book of nonfiction, and it's simultaneously an explanation for why Moore would single him out as a political savant and a refutation of Moore's own self-absorbed, corporate-endowed approach to politics. Separated into two sections, "Reality" and "Dream-World," which correspond to politics and art, respectively, Essays shows one man grappling with his own biases, exploring his own motivations, and questioning the lifestyle he's chosen. It's the work of a man who values art and creativity above all, but who worries that these hobbies are cowardly or self-serving when the world's problems are so much greater than art can adequately address.

These are the same concerns that animate Andre, and even the language echoes that film's script at times, particularly Shawn's insistence that artistic creation equates to a familiarity with the "dream-world." His character in that film was a "comic distillation" of his actual self, to quote Pauline Kael, and Essays, with pieces that range from 1985 to 2008, reveals a man who's angrier, looser, and more eloquent than his cinematic doppelganger. Like James Thurber writing one of Joan Didion's Slouching Towards Bethlehem "Personals," Shawn frequently indulges himself in order to demean himself. "I grew up in New York City," says the son of former New Yorker editor William Shawn,

and as I suppose anyone can tell in two seconds if they meet me, I am what people call a "child of privilege." This is the defining fact about me, and it always will be, and if I live to be two hundred years old, I'll never be able to erase the traces of it.

This is the central biographical detail that Shawn keeps repeating, usually to wonder whether his career choice amounts to the intellectually noble use of a comfortable life or some bourgeoisie navel-gazing endpoint. Naturally, we're left with the impression that he favors the former judgment, but the beauty of Essays is Shawn's conviction that both opinions are true. As he makes clear in his introduction, he's grown to accept his own natural ambivalence, and to appreciate how his creative work has often grown out of a desire to affect the world when politics make him despair: "Somehow poetry and the search for a more just order on earth are not contradictory, and rational thought and dreams are not contradictory, and there may be something necessary, as well as ridiculous, in the odd activity of racing back and forth on the bridge between reality and the world of dreams."

This sentiment is expressed in defense of his inclusion of two interviews in a book titled Essays—one with Noam Chomsky, and another with former poet laureate Mark Strand. The presence of Chomsky will be enough to turn off a lot of people from reading this book, and to be honest I'd include myself in the ranks who grow tired of the former linguist's histrionic brand of radicalism, even as I sympathize with his anger and intentions. But while Shawn clearly adores the man, we're mercifully saved from a screed or a rant, and Chomsky's more divisive notions ("the Bible is probably the most genocidal book in the literary canon") are tempered by Shawn's humanist warmth. So we're left remembering Chomsky's basic, incontrovertible points (that it's largely intellectual inertia that prevents significant political change from occurring, for example) rather than the seething rage that so often distracts in his own writing.

This is what ultimately makes Essays the most refreshing liberal document I've read in this first year of Obama's presidency, even though its contents were written before the election. As we should have foreseen, the president's dream of a more unified country has, if anything, given way to an even more bitterly divided nation of grudges and self-importance. Michael Moore aims to fight his Fox counterparts by equaling them in volume and media saturation, but what he lacks is Shawn's honesty and empathy—his artistic talent, in other words. I didn't agree with everything in Essays (the final piece, "Writing About Sex," is excellent fun but misconstrues some key points about conservative opposition to homosexuality, for example), but I was drawn in by the authorial voice and sensibility, and I naively imagine that some less politically sympathetic readers could be equally intrigued. Perhaps they would open to "Morality" and see this self-identifying east-coast elite struggling with his own prejudices and trying hard to find meaning in his life and work. Perhaps they would read his response to President Bush's proposal of preemptive war and be moved by Shawn's insistence that the key issue in such a discussion is the purpose of human morality, not corrupt political notions of safety and danger.

Our national political dialogue lacks this capability to persuade; in most cases, pundits lack even the desire to do so. But Shawn, unlike Moore, stands outside the corporate landscape he criticizes, and unlike Chomsky, he has more curiosity than vitriol. As in My Dinner With Andre, Shawn succeeds here in reminding us that the conflicts and concerns of human nature are greater than the artificial restraints we place on them with terms like "liberal," "conservative," and, particularly, "Democrat" and "Republican."