How do we find the right kind of balance? 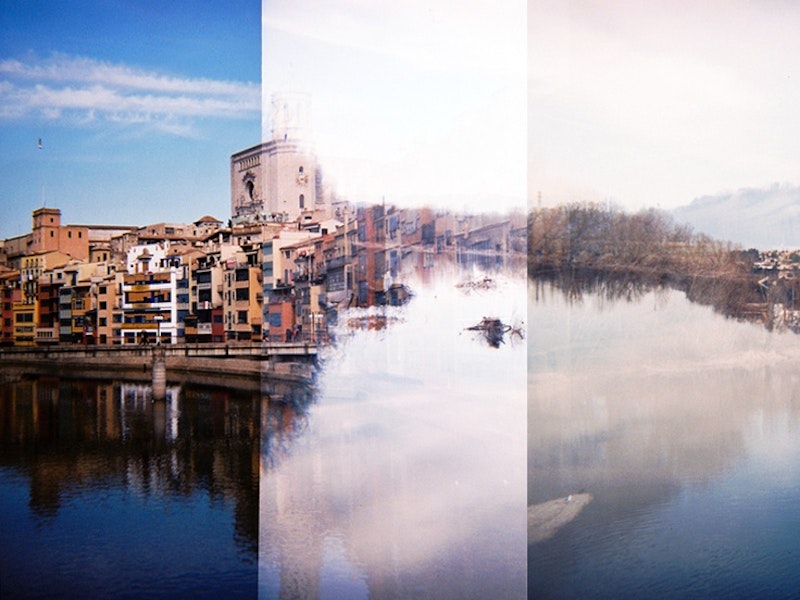 When someone is generally unhappy, prone to bitterness or deeply disappointed, they usually go one of two ways: turn inward and retreat further into isolation, which tends to allow depression to envelop them; or, turn outward and spread irritation and frustration. Maintaining a kind of moderate or mild frustration becomes habit and is usually subconscious.

As a country bombarded by the absence of any leadership, and an infusion of toxic babbling from on high, we’re forced to insulate ourselves further. Smart phones and social media enable us to isolate while continually taking in more horrible news. As an icing to this urine-soaked cake, we've seen a trio of devastating hurricanes, a series of ever-burning infernos throughout the west coast, and economies around the world on the brink of collapse.

In many ways, the Earth is miserable. And we have social media to keep us aware of just how miserable its inhabitants sometimes are. The flip side of this misery is delusional positivity. The mantras of positive self-talk have seeped in, the powers of positive thinking, and the attempt to highlight gratitude in order to inoculate ourselves from the ugly world. While worthwhile in concept, the disconnect from reality leads to delusion. We have conspiracy theorists believing Alex Jones propaganda. We have well-intentioned positivists who refuse to acknowledge the urgency of protest and the demand for justice. Perhaps even refusing to acknowledge the Russia investigation as legitimate. Neither extreme is helpful.

How do we stay in some kind of balance with all of the toxicity amongst us? It starts with us. Spending time with people you love. Reaching out to old friends and being flexible enough to make new ones. Doing the things you love and appreciating the experiences. Absorbing art, whether film, music, painting, nature, or the artistry of athletics.

Beyond that, we haven’t much control. We can urge friends and family to remain politically conscious and commiserate about how hard this is without losing our minds. We can tactfully puncture their delusions, while remaining free of self-defeating cynicism. This tactic goes against the concept of "To each his own," or the modern "Don't judge me." In our fear of confrontation and honesty, we avoid reaching out, we let friends ignore our communication. We self-medicate. We hide behind sarcasm. We let our needs conquer our wants. Or we let our wants overwhelm our already-haves.

I went through a spell recently, in which I likely would’ve fallen into a familiar rut in past years. As usually happens during late September or early October in classrooms, cold and flu season runs rampant. I can't count how many sinus infections I've had in the past decade. This particular bug included endless intestinal issues. On top of it, I'm home during the day, sleep-deprived with a four month-old baby who prefers to be held in order to fall asleep. This morning is a rare instance of solo napping.

While sick and exhausted, I lost patience. As soon as the baby falls asleep, the dogs break out in a chorus of alarms. Quiet has become elusive, slipping by hour upon hour. Then the smoky haze from the awful wildfires shutting us inside for several days. Ash settling over everything. Dogs, babies, and new fathers need outside time. As I explained the term "claustrophobia" to my students, I still realized we were lucky. There’s no threat of fire here in El Cerrito. No neighborhoods wiped out, leaving gray apocalyptic scenes. No stories of hospitals full of patients escaping from flames in a place that is intended to heal the sick.

The air quality in the Bay Area has been comparable to Beijing. As soon as I rush to the bathroom, the baby wails from her little rocker. The compromise: bring the rocker within sight of the toilet. Then the phone stopped working. Charging port busted. I was resistant, to the point of annoyance, to smart phones. In 2012, I wrote long emails and had a pay-as-you-go phone. I may as well have been communicating via the moon. Five years later, I use the phone for everything, much like the rest of the under-60 crowd. Listening to countless podcasts while giving her a bottle, baseball games while on dog walks, or doing yard work. Links sent to my teaching email for night class instruction. It's become an appendage. To be without a phone for two days was wonderful.

I type this with my left thumb on my phone while the baby chews on my right index finger.