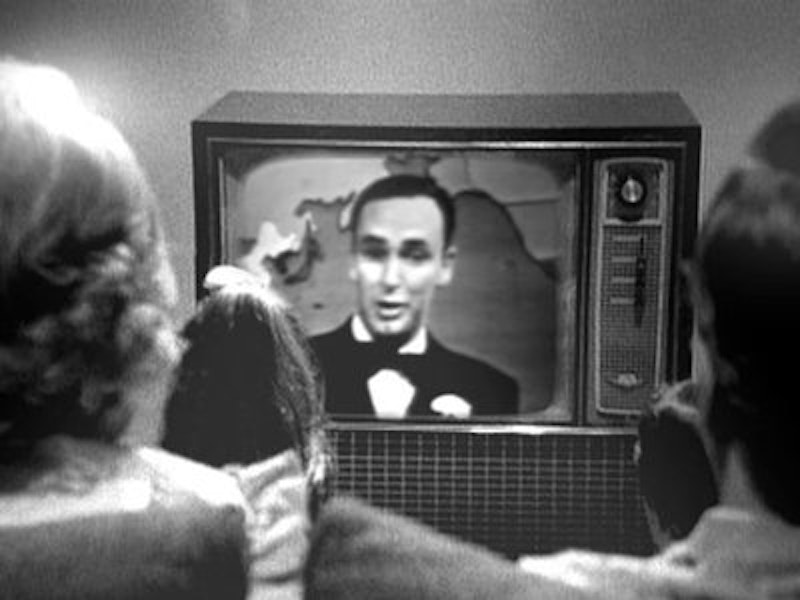 “It looks nice, the way you wear it down like that,” the hair lady said. “Thick hair is good for bangs. And they suit your eyes! Look at those eyes, they’re gorgeous.”

CG glowed, then winced because her brush had scraped the tender part of his forehead.

“I guess it all has to come off when you’re shooting,” the hair lady said. “For those things.”

“That’s being a professional,” CG said. He was backstage before the talk show and nothing could bring him down. The appearance had been set up a week ago and he’d been looking forward to it with hunger. He was third to go on; that was the best slot. He owed it to Frontier getting renewed. Otherwise, CG figured, he’d have been headed for the caboose. He'd have been right before the guy who wrote the book. But no, third slot, seven to nine minutes on a national show—daytime but national.

CG felt a tingle. It spread all up and down his arms, into his fingers, down through his legs; and it stayed, it didn't fall back. The dresser helped him slide on his blazer, the a.d. bustled him over to where he was supposed to stand. He heard the host announce, “And now a young man who has traveled a long way to be here—a few thousand light years, I guess,” and CG stepped around the set’s corner and out in front of the cameras, and his tingle rocketed up his spine, prickled his hair.

The auditorium wasn’t really that big, what he could see of it as he waved past the cameras and lights. But it was big enough. The rows of faces and hunched shoulders wagged just beyond the gray spots and blotched shadows, and the whole mess stood in for a continent that was paying attention to Cary Graham Parkinson.

The host stood and led the applause with little pat-pats of his hands. CG took big steps toward him, the desk, the couch, the fairy comedian who sat there with legs crossed at the knee, the actress with the big nostrils and the tendons standing out in her throat. “Wonderful to have you,” the host said, shaking hands now. CG said, “Just great, just great.” He skipped onto the raised little platform that held the desk and the guests’ couch (more of a bench, really). He dropped into his seat, crossed his legs, and brushed the back of his hand against his bangs. A woman squealed somewhere in the audience.

Seven to nine minutes. “I can always just blast them,” CG said at one point, referring to rude cab drivers. “Hey, we do a lot of blasting on the show.” He meant with the photon guns.

A little later: “There’s a lot you can do upside down,” the fag comedian said. He was making a joke about gravity. CG laughed with everyone else and made sure not to look at him.

“That’s the kick for me,” CG said at another point. “Bringing it to life.”

And, at another: “No, mom and dad were not too thrilled.” Normally he called them Mother and Pa, but right now he was on television. “Not really too crazy about the acting bit,” he said.

“And how are they now?” the host asked.

“Oh,” CG said, “over the moon.” The producers had set up this bit for him, and as far as he was concerned he did it great. The audience cracked up.

There were more jokes about taking off, blasting off, the sky’s the limit, going into orbit, a star.

The host and everyone wanted to see the karate chop. CG bound to his feet. Up toward the cameras, in front of the platform with its aquamarine carpeting and the bench and desk, he did his slanted karate chop, then the business with his shoulder and elbow lunging as one, though he forgot the head tilt.

Then the commercials. His turn was done, and when the show started again he moved one down to make room for the next guest, a portly gentleman who used to do movies. CG sat with knee and elbow well away from the fag comedian.

“… And remember,” the host said into the camera, “we expect every last one of you back here tomorrow. It’s not the same… without you.” The music started up, the red light went off, the music stopped. The men stepped off their cameras and the producer walked toward the set, making the same pat-pat applause that the host had made.

The fag comedian turned to CG. “I like the bangs,” he said.