The Tragedy of Noah

Stupid kids, get off my name. 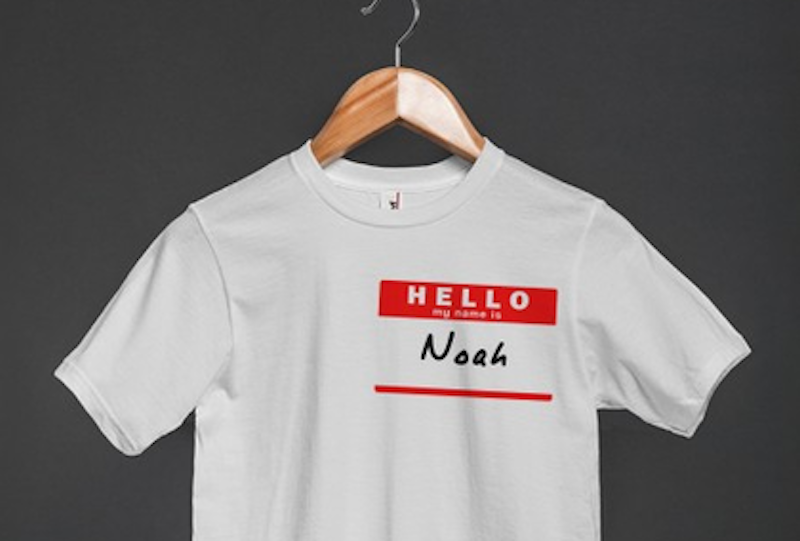 When I was about 10 at summer camp, a counselor woke me up one morning. He was on some errand—I don't remember what. But I do remember him saying, as I came out of sleep. "Hey are you Noah?" I groggily assured him that I was.

That probably doesn't sound like much of a punchline. But it was impressive enough to stay with me. Up to that point, I'd never met anyone named Noah. As far as I was concerned, I could’ve been the only Noah in the world, except for the original guy with the animals marching two by two. And now, here was another, grown-up Noah—a big dream Noah, foreshadowing the Noah I was to become.

It was a pleasant novelty to find another Noah—an entertaining aberration. For the most part, though, I liked being unique. My brother Eric often met other Erics, and of course I knew a slew of Michaels and Davids and Johns, to say nothing of Marys and Sues. It always seemed like it would be oppressive to be so common, and have your name on everyone's lips. When someone said, "Mike," how could you ever be sure they were talking to you? Better to be the one and only, or short of that, to be rare enough that meeting your name out there in the world was a notable surprise.

Once I left northeastern Pennsylvania, though, my uniqueness began to fray around the special-snowflake-style edges. Oberlin has a lot of Jewish students, and while I don't remember any other Noahs, there was a Noam Birnbaum, whom I never met, but whose name would occasionally pop up uneasily, a not-quite-shadow off to the side of my social circle. Somebody else out there, with my initials, was sort of me as well. Who did he think he was? He had a lot of nerve. Given his presumption, I was glad our paths never crossed.

But while that particular doppelganger never hunted me down, a lot of others did. The Noahs began to proliferate—especially after my son was born and I started interacting regularly with newly-minted individuals. Children, I discovered, were often named Noah. My son had a number of friends with the name. At school events I'd hear people yell for me, only to discover they were shouting to that friend to pass them the ball, or telling that child not to eat the dog poop. I’d imagined that a generic name like "Michael" or "Tom" would be annoying—and so it was. Everyone was talking to me, even the people who weren't talking to me. I thanked my Russian ancestors for a last name with its slew of Slavic syllables. Without that, I'd be anybody. I might even have to start using my middle initial or risk vanishing into Google.

Things have gotten worse. It's now clear that the onslaught of Noahs began earlier than I thought; perhaps 30 years ago they started to rise up, and now they are legion. This past year, I've heard, "Noah" was the single most common baby name in Illinois. I actually have to envy the Davids and Joes, now; they're more idiosyncratic than I am. It's true that the ubiquity means I no longer have to suffer through stupid ark jokes, but it's a poor trade-off. Instead of finding myself as I age, I'm just finding that myself is all these other folks. Who knew that getting older would mean getting more and more bland? Once I was a child among millions, but now somehow, while I wasn't looking, I've grown into everybody else.