What are words for if no one listens anymore? 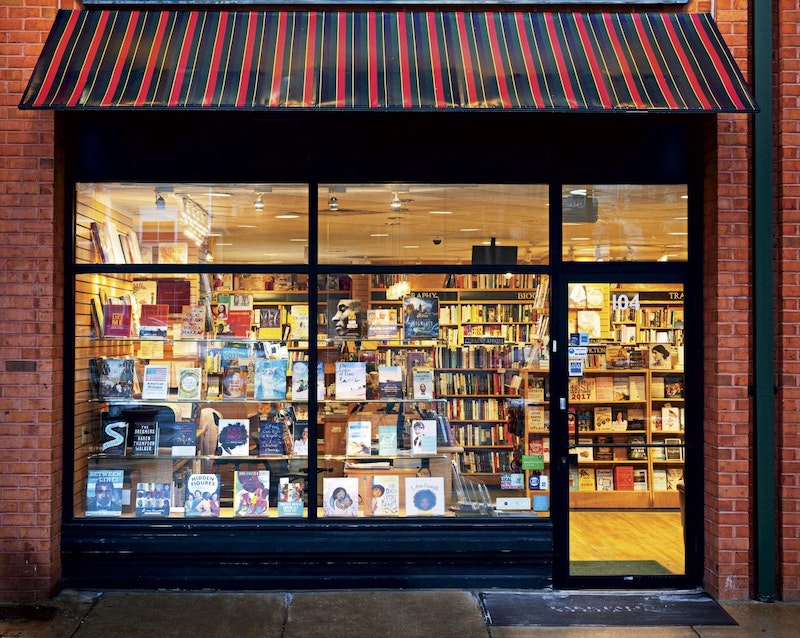 The other stores on this street aren’t made of words. My daughter is making words. She likes being Wonder Woman, and says, "What seems to be the problem?" And then she comes to the rescue. But she can’t rescue us from our collective desire for visual stimulation over the written word. Is this a tragedy?

Has the culture switched back to our original mode of information gathering: the visual mode? More likely, the culture never switched to words. Maybe that was only in our imagination. Cave paintings. The original artistic outlet. Or staring into a reflective body of water. Ripples moving over the image of a face. Then quill and ink and papyrus. The printed word. The Bible. Morse and his telegram in 1844. The first telephone in 1876. Radio waves begin surrounding us. 1921, the first time the World Series was broadcast on the radio. Franklin Roosevelt and his fireside chats suddenly bring the intimacy of the human voice... who happens to be guiding the United States out of the Great Depression into the living room. The television. First black and white. Then magnificent color. in the early-1950s. Alongside all of this was the word. Black on white or cream-colored paper. Newsprint on fingertips. I spent a few summers of Sunday mornings combining the sections of the enormous Boston Globe, whose sports section was a daily religious text in our household.

Words are visual in that we see them with our eyes which we turn into visual images in our heads. After years of reading, this becomes a subconscious process. I'm not a neuroscientist, but strongly suspect reading helps keep the brain working and scrolling over text and images dulls the brain. With nothing to focus on, but instead using our minds to filter through, we become conditioned to filter rather than imagine. Recent research has concluded that there’s a link between being tired and/or stressed and our inability to stop scrolling or stop using social media. We can't say no to the Internet. Especially when we're tired, in part because we stay up and use the Internet. Or stay up and read books. With words in them.

Which brings us back to the bookstore. Which is made of words. The bookstores are disappearing. But don't worry. You can order books on the Internet. They’ll arrive in two days if you’re lucky. Then you may feel compelled to read them. The problem is you have to put your phone down to read them. Unless you have three hands. And two brains. Or unless you’re in the desert or high up in the mountains. In that case your phone isn't as interesting. Then you’re alone with your thoughts. Which is always helpful because people want to avoid their own thoughts. Which is one reason why they read books. Which are made of words.