A Not-So-Fond Farewell to Wizard Magazine

The once go-to comic book guide has folded. 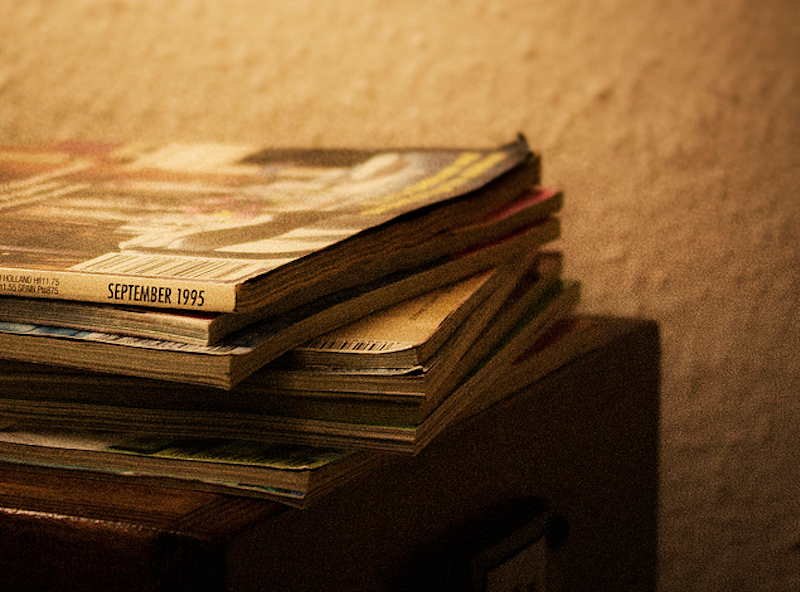 When I was a self-styled cub reporter specializing in all things nerd, fighting my way to legitimacy at the Dawn of the Blog one action figure review at a time, Wizard magazine always seemed like the model to aspire towards. This wasn’t because they were doing anything great, but because they had a monopoly on the written geek, and I wanted to crack that same kind of success. Wizard’s lofty position never quite seemed warranted, so there had to be a way to decipher their formula and use it to concoct a unique structure that would set my own efforts above and beyond their magazine. My college roommate and I quietly predicted the eventual decline of the print magazine in 2003, so we decided to embrace the universal, no-overhead audience of the Internet. Honestly, the only reason I still subscribe to magazines is so I can still feel relevant while on the toilet.

Every month, Wizard (and their action figure offshoot, ToyFare) would score and squander difficult interviews, and win the rights to publish exclusive pictures of the next great collectible. It stood to reason that if Wizard could do it, so could I. I was eager, I was knowledgeable, and damn it, I was more articulate than Wizard’s constant barrage of butt-and-boob quips. So, my roommate and I launched a nerd-centric website over Thanksgiving weekend one year, and our blog managed to attain a modicum of success and credibility before too long, which we parlayed into relatively successful (and paid) writing jobs. We snuck into the annual Toy Fair in New York City to prove our mettle by attaining false credentials, and using this presence, earned valid credentials for subsequent years. We made appointments with toy company representatives and were the very definition of respectful and professional, but one thing seemed to continue to stand in our way: Wizard magazine.

There were more than a few times when our meetings were bumped due to Wizard showing up and throwing their considerable weight around, and companies would refuse to grant us any special permission. There’s no avoiding the fact that we were jealous of Wizard’s clout, which further enabled us to view them with a critical, analytical eye. We read their magazines, because as purveyors of information ourselves, pre-Internet omnipresence, these magazines were the only way to stay informed. As we continued to read, we watched the magazine decay.

Robust pages full of occasionally interesting articles and off-color wit dwindled into a flimsy magazine of few pages containing pictures and information which had already been leaked on the Internet weeks ago. Worst of all, it was impossible to get through a page without choking on at least one typo: paragraphs which cut off mid-sentence and never ended properly, homophones often switched out with the correct phraseology, and plenty of instances in which spelling just wasn’t even seen as a relevant element of print, with an arrogant “they’ll understand what we mean anyhow” attitude. The humor became increasingly homophobic and scatological, rather than maintaining a smart commentary on the world of the geek.

At its height, Wizard functioned as a universal price guide for the values of comics, and (allegedly) engaged in falsifying the values of comic books so that their secret retail store could turn a higher profit based on their current stock. Wizard also was granted the rights to exclusive action figures, which they’d sell in the magazine, suddenly refuse to ship out, and re-route these to their retail store at secondary market prices, about 700 percent higher than their original retail price, creating both the demand and controlling the entire supply. The world of the nerd has never been too friendly, and Wizard was at the core of this discontent. Still, they maintained an unshakable monopoly on printed geekdom.

Wizard has finally shut the doors on its corpse of a publishing department, and will now focus on a mismanaged Internet presence and the various conventions they run instead. I’m not sad to see them go. Wizard’s careless, entitled existence cheapened the value of the written word, and worked steadily towards discrediting comics as a valid literary form, turning their attention to This Week’s Tiniest Superheroine Costume rather than narrative innovations or the creative process. They had the power to do great things, but insisted on playing to the lowest common denominator and perpetuating the nerd stereotype of quixotic lust, social ineptitude and obsession.

Their minimal writing staff won’t have trouble finding work with Wizard credentials on their résumés, and the half-blind dog whom they hired as a copy editor will still be supplied with enough kibble to keep him happy, and the trees that were wrongfully cannibalized which were used to perpetuate and print their fevered ramblings will grow back. Wizard offered no value to the printed word, so here’s hoping this isn’t a signifier of something greater, but if the sweaty passion of a few thousand geeks can’t keep print alive, nothing can.