Taking the Dick Out of Grayson 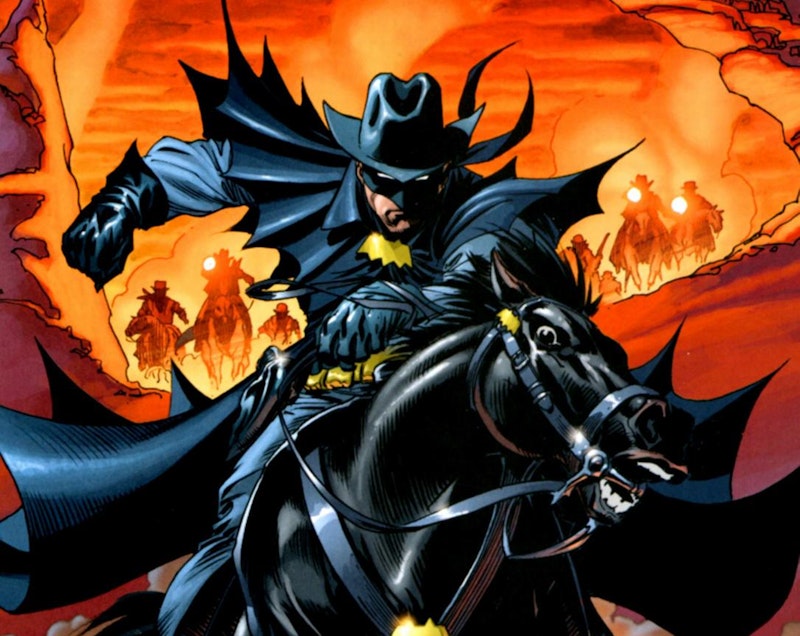 In D. H. Lawrence’s short story, “The Border Line,” Katherine Farquhar travels back to her native town on the French/German border while musing about her manly and unyielding ex-husband Alan, who died in the war. At the beginning of her journey she thinks of Philip, her second, insistently yielding husband as a better catch, since Alan was “too proud and unforgiving.” But over the course of the trip she begins to wonder… and finally at a train stop along the way Alan’s spirit comes to her and claims her. She swoons before him and becomes a true woman to his true man:

Now she knew it, and she submitted. Now that she was walking with a man who came from the halls of death, to her, for her relief. The strong, silent kindliness of him towards her, even now, was able to wipe out the ashy, nervous horror of the world from her body.

Soon Katherine learns to despise Philip, sneering at him as she looks to catch glimpses of her spirit lover and/or of various phallic symbols that Lawrence thoughtfully places in her way. For example, there’s the "great round fir-trunk that stood so alive and potent, so physical, bristling all its vast drooping greenness above the snow. She could feel him, Alan, in the trees’ potent presence. She wanted to go and press herself against the trunk."

Inevitably, beside such hard, straight thrusting, Philip’s potency flags. He becomes whiny, then ill, and then mortally ill. On his deathbed, he reaches out to Katherine, but Alan’s spirit comes in, his bits swinging beneath a kilt. He pulls Katherine away as Philip ignominiously expires. Then the true man makes necrolove to her “in the silent passion of a husband come back from a very long journey.”

Grant Morrison’s Batman: The Return of Bruce Wayne also revolves around death, journeys, and mastery. Batman/Bruce Wayne is killed, but not really killed; instead he’s sent back in time. Robbed of his memory, he has to travel through the ages to his own era—except that the villainous Darkseid has rigged things so that when Batman gets back to the present the world will end. The superhero’s return from death is an event of such supreme awesomeness that it causes the apocalypse—except, of course (spoiler!) Batman figures out a way to save the world. Phew!

As the above paragraphs indicate, there’s something more than a little ridiculous about both the Lawrence story and the Morrison story arc. They both seem to be trying too hard—with “too hard” having the obvious Freudian implications, at least in Lawrence’s case. There’s something farcically desperate about the insistence that time and death are no barrier to the truly masterful man, whether wearing a kilt or a cowl. One of the most over-carbonated moments in The Return of Bruce Wayne occurs when the minor super-hero Booster Gold dares to question Batman’s absolute competence, and is immediately slapped down by a face-shadowed, sententious Superman:

Green Lantern: Batman has no memory of who he is. He has no idea what’s happening to him.

Booster Gold: What chance does he have? Even he can’t make it.

Superman: You are joking right? He can survive anywhere. Anytime. Surviving is what he does.

As Superman’s hagiographic paean suggests, there’s something of love in Morrison’s relationship with Batman. That fits with Lawrence’s story, in which there’s little doubt that the author is enamored with Alan’s potency. And by enamored, I mean in the precise sense, as a lover. Lawrence doesn’t so much want to be Alan as he wants to be with Alan; the story is told from Katherine’s point of view, and Alan is a mysterious, unspeaking spectral figure. In some sense he’s Lawrence’s avatar. But in another sense, he’s as inaccessible to Lawrence as to Katherine; both of them know him only when he enters them as lover. The power fantasy isn’t to be the master but to be the one mastered.

Batman’s not as unknowable as Alan, exactly—the text shifts in and out of his amnesiac consciousness. But the storytelling is so fractured (with art by fully a dozen artists) we never really get much of a sense of who Batman is as a person except through his amazing feats—the superhero substitute for Alan’s sexual oomph. Even those feats are often presented as an aura more than as specifics. When a possessed Batman beats the Justice League, we don’t even see much of the fight; it’s just assumed that he’s so cool he can obviously whip Starfire, so we don’t need to see how he’s doing it.

Before Lawrence, most romances were interested in showing courtship and love; Lawrence shears all that away so he can get to the good bits; i.e. power. Similarly, old superhero comics were interested in the mechanics of the fights and how the good guys defeated the bad guys. Morrison downplays that in order to emphasize the totality of Bat competence. We’re not with Batman as he figures things out or struggles to overcome the odds, the way we’re with Spider-Man in classic Lee/Ditko stories. Instead, we’re outside, looking on with awe as he outthinks Darkseid and Wonder Woman and Superman and everyone else who happens by. If this is an adolescent power fantasy, it’s not of being Batman but of being swept away by him.

Maybe. Fact is, it’s difficult to figure out what exactly you’re supposed to feel or get out of The Return of Bruce Wayne. That’s because the book’s a sprawling mess. Lawrence’s story is elegant in its monomania; love of masterful potency runs through it as straight and rigid as that phallic tree. Morrison doesn’t trade in such universal symbols. Instead, his book is stitched together with semi-obscure in-group icons. Bats, of course, pop up all over the place, and bells ring, because in a mini-series several decades ago Frank Miller had Bruce Wayne ring a bell to summon Alfred to tell him that he planned to become a bat to fight criminals.

And then there’re random cameos by old comics heroes like Jonah Hex and the Black Pirate and cameos by old comics villains like Vandal Savage, and then the historical Blackbeard shows up and a Cthulhu monster and of course Kirby’s New Gods walk on and Rip Hunter and Thomas Wayne, Bruce’s dad, who wore a bat costume at one point (which I knew) and seems to be some sort of evil witch doctor which maybe is canon now and I missed it? All in all, I could barely follow the story for all the inter-textual comics references and fan service fan scruff—and I’ve been reading comics for three decades, and write about them professionally. There’s no doubt that, in terms of comics knowledge, I’m the whining Philip to Morrison’s all-powerful Alan. Hell, Morrison’s even Scottish. Maybe he has a kilt.

For Lawrence, mastery is maleness. You’d think that would be the case for a Batman story as well; this is pulp fiction for men, after all. But something else seems to be going on. Morrison doesn’t fetishize Batman’s manliness; he fetishizes his Batmanliness. Superman talks lovingly about Bruce’s Supersurvival skills—but what’s Superman doing there in the first place? He’s a deus ex machina that does nothing but sit there being Superman, just like Metron wanders on just to be Metron and Jonah Hex is there mostly just to be Jonah Hex. Morrison’s love is directed not so much at Batman as at the whole sprawling history of Batman comics. All the stupid minor DC characters, the incredibly, numbingly intricate, revised and re-revised origin stories, even the silly sound effects from the Batman TV show—that’s where Morrison’s heart is at. What maleness is for Lawrence, 70-odd years of interconnected pulp backstory is to Morrison—the mystical heart of the world, which he kisses in fealty and grasps in a bid for mastery. “Whatever they [superheroes] touch turns to myth.” Morrison writes, and he seems to believe it.

The only problem is—what, this costumed genre clusterfuck? Mythic? It’s certainly not as mythic as Lawrence’s desperate love affair with manliness. Worshipping your dick isn’t ideal, but it has at least the virtue of being soul-killing and evil. Worshipping long boxes full of back issues, though, just suggests that you’re really confused.