An intrepid reporter tracks down the mysterious author of one Millennial media’s hottest takes. 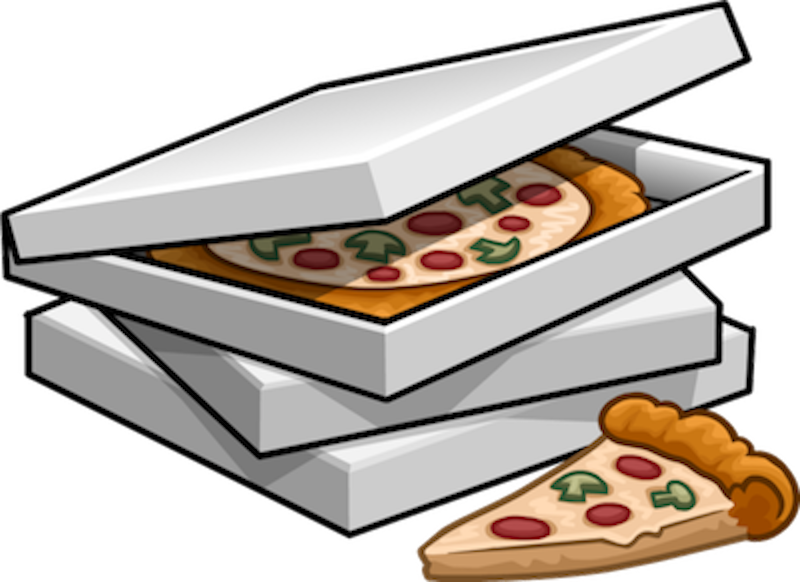 “Thank you for calling Domino’s, how can I help you?”

“Yes, I need to speak to Brian, please.”

“Oh. Um… hello, then. This is Camden Camden,” Camden introduced herself. “I’m a reporter for one of those online Millennial media news sites that pays everybody in exposure.”

“Okay, is this for carry-out or delivery?” Powell asked, his head resting on his scrawny forearm that was in turn resting on the counter.

“Want to hear about our specials?” Powell interrupted to ask. “We have two large one-topping pizzas with a two-liter Coke product for—“

“Too much pizza?” Powell asked, by now ready to beat himself to death with the phone. “How many pizzas are you—“

“I’m not looking for any pizzas,” Camden interrupted. “I just… umm, sorry. Is this Brian Powell?”

“Is this Brian Powell?”

“We’ve been trying to reach you for weeks, Brian,” Camden said. “My boss the Chief wants to talk to you.”

“The Chief? That’s nice, but I’m going to be alone for Christmas,” Powell replied. “Though I’m not really alone, Kelly Kelly. I have my memories.”

It was true: He clung to an impossible-to-shake recollection of a girl he once knew. “Her name was Pillowface and she sat next to me in homeroom during my 9th grade year,” Powell explained. “One time she was late getting to class and as she was walking to her seat she brushed up against my elbow. I hadn’t thought much about her before that, because it’s not like she was extremely pretty or anything, but afterwards I couldn’t get her out of my mind.”

“Pillowface?” Camden asked. “Was that really her name?”

“Oh, who knows,” Powell answered. “Anyway, I daydreamed about us falling in love and rushing off to get married. We wouldn’t have much at first, but we’d get by and gradually things would improve. I’d get a job at a restaurant or the post office or somewhere.”

“The post office? Look, Brian, I have some important questions for you,” Camden said. “It’s for a big story. A scoop, actually. I want to talk to you about this Lana Del Racism hot take you wrote a few years ago.”

“The funny thing was that I never even got around to hitting on her,” Powell continued, brushing aside Camden’s questions about his famously viral hot take. “At our graduation, she sat a few rows ahead of me. I remember staring at her pillow for a face and thinking how it nice it looked in that black silk case she wore over it.”

At a time when boys and girls were hurrying to unwrap their gifts, Brian Powell had placed his thoughts about Pillowface Jones under a tight seal. Her absence made him feel as if he had missed out on the rest of his life.

“Do you want to know how she died, my Pillowface?” Powell asked Camden, who was still on the line. “See, Pillowface was fond of watching birds. Hummingbirds were her favorite, but she was also fascinated by crows. Though she was just a lass of 18, she’d filled several large photo albums with pictures of all manner of birds but, again, most of the pictures were of hummingbirds and crows. Additionally, she was constantly checking out books on the subject from the local lending library. Some of her schoolmates teased her—I remember ‘bird brain’ was a derogatory nickname given her by one—because, of course, it’s not cool to have your pillowface buried in books about nature, reading, mathematics, et cetera, but Pillowface didn’t let it get to her. She was happier sitting up in a tree with her binoculars watching a hummingbird eat nectar or a murder of crows carry on than her classmates were when playing football or baseball or smoking cigarettes or ‘grass’ or ‘angel dust’ or whatever it was that they did in their spare time, so why should it concern her what they said or thought? It wasn’t that she hated them or thought she was any better than they were; she simply chose not to worry over what people thought of the things she enjoyed—she enjoyed them and that was that; life was too short to do or feel any differently. Very short, indeed: Pillowface was high up in a sycamore tree one evening attempting to photograph a blue jay’s nest—filled with six or seven eggs just about ready to hatch—when she lost her footing, slipped and fell. As fate would have it, the strap on her binoculars—which she wore around her neck—caught on a branch as she was falling. Unable to free herself, Pillowface hung there by the neck for some time before asphyxiating.”

“I’m sorry to hear that,” Camden said after a long pause. “That sounds awful.”

“So will this be carry-out or delivery?” Powell asked.