A Dramatic Memory From Late Childhood 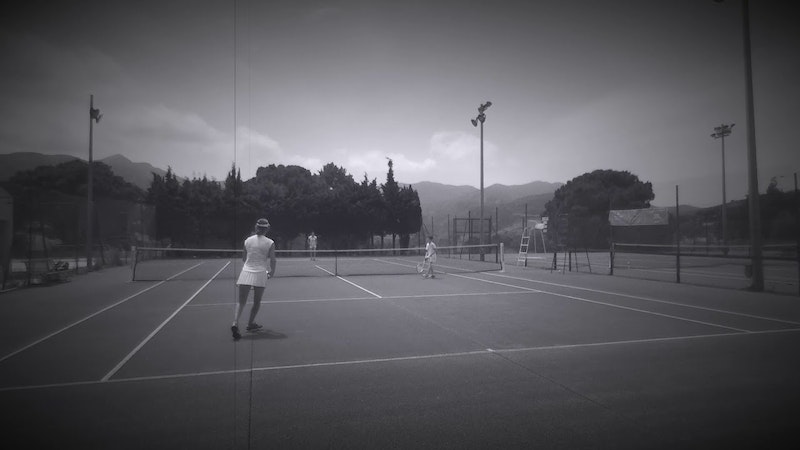 I’m nine or 10 and lying in the pine needles outside the Pomtontin Country Club swimming pool. A fence is between me and the pool. On the other side of the fence are the people, and nobody knows I’m gone.

The pine needles come along with dirt, and probably I’m wet or wettish. Looking back, I recall the sense of an overall coating. Grit and dirt have taken over and gotten in anywhere. Or, to be poetic, the ground’s grittiness has worked a home invasion on me; it’s ransacked the distinction between body and pine needles and crap on the ground. There I lie and bright voices talk on the fence’s other side.

I’m not sure why I’ve been struck down. But still, I know. Older girls are there, talking with parents and parents’ friends, and the girls are wearing swimsuits, of course. Today, pushing memory, I’d guess at least one was a bikini; a belly button looked whitely on the white summer evening, and I fled into the bugs and tree roots and dirt clots. Branches wheeled into place above my head, and I thudded between the hidden sky and the sulky, crushing earth. I lay there, and that’s my memory.

There’s a sequel, the same thing with a difference. Now I lie on or beside the club’s tennis court. This is no great distance from the pool, since the club measures an acre; the Pomtontin layout is a patch of cement, lawn, and pine trees in the woods near Route 303. But a stub of dirt road does separate pool and court, and that’s why I’m there. The white sky, not so obstructed now but crowded at the rim, waits above the pine trees and myself. People are by the swimming pool. The older girls again, and a tall boy with a whippet stomach and a loud voice. I’m gone. I sit on the empty court.

The first time, I was crushed by forces. The second, I made a choice and submitted to my fate. So maybe this second memory is worse. I do find it settles in behind other memories I have. When I think of how I copy-edited a four-inch book on workplace psychology and wondered if halfway through I’d been formatting my comments wrong, I can see the tennis net and the fringe of trees; the shadows turn grayer on their implausibly long way to the backboard.

The first memory is of being disabled by a malfunction. The second is of resigning myself to this malfunction and beginning a life that would be kept to whatever space it left me.

A final thought: I don’t stand a chance with girls.