And memories of tee-ball. 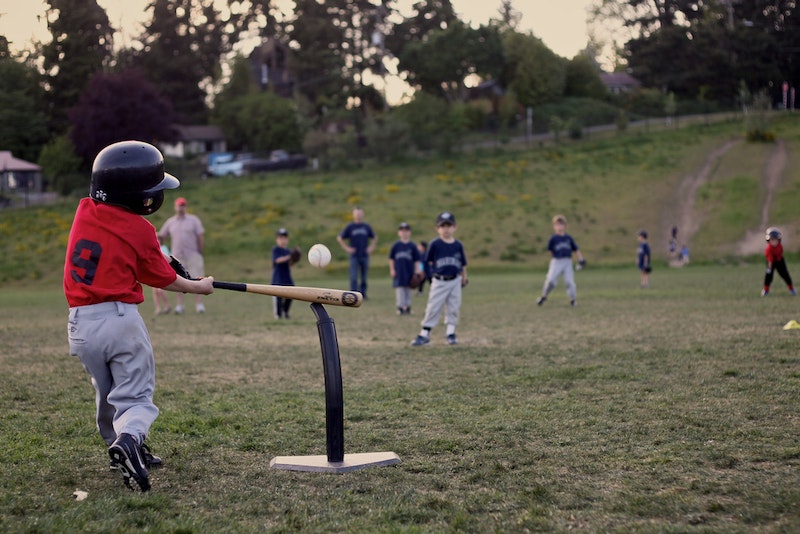 Labor Day weather was dreary this year, and another election season is upon us. I didn’t even want to think about that. Fortunately, nearby Lynden, Washington, hosts the Lynde’ 500 in one of the side streets downtown. Spectators fill bleachers, stand or bring their own lawn chairs to see the silliness. It’s a pushcart relay race with a small purse to the winners. Church teams compete with families, businesses, and the fire department. Lines are crossed, flags are waved, wheels go flying, people queue in line for the free Dairy Queen hot dogs at lunch time.

Announcers pretended to be from Australia this year. They filled the gaps between races with ridiculous banter. A side attraction had a dunk tank with a guy in a gorilla mask. He used a shark squirt gun to distract those folks throwing softballs at the bull’s-eye lever. The water was so cold the poor guy courted hypothermia. We didn’t stick around to see the winner, because, aside from the $1,000 prize, that’s hardly the point. The Lynde’ 500 is an attempt to squeeze the last drops out of Summer surrounded by neighbors and friends before we have to go back indoors for a while.

Falling leaves mean back to the political reporting grind for me until we’ve got a new president. Which means I need a distraction, preferably one where you can hit things legally. Last week with most of a day free, Anj insisted we go to the Bellingham batting cages. After that first token rolled into the softball slot, I just wailed. Solid doubles, at least, with any kind of hustle on the bases.

That opened a space-time memory wormhole to the first couple of days in fourth grade. I was the new kid in the North End of Tacoma; a little tubby and spacey, instantly unpopular, so of course in our first PE tee-ball game I got picked last. When my turn at the tee came, one kid yelled, “Move in!” to the outfielders, which fired up an idea. Why not milk this for all it’s worth?

First swing hit the tee. Outfielders came in closer. Next swing was over the ball. Even closer. Then I cocked the bat back and drove the ball hard, all the way to the fence on a few bounces. Shocked outfielders scrambled like crazy. My team’s runners scored. I strolled all leisurely to second base. It was one of those moments of glory that is simply unforgettable, that we can look back on when things are dreary and and say, “At least I did that.”