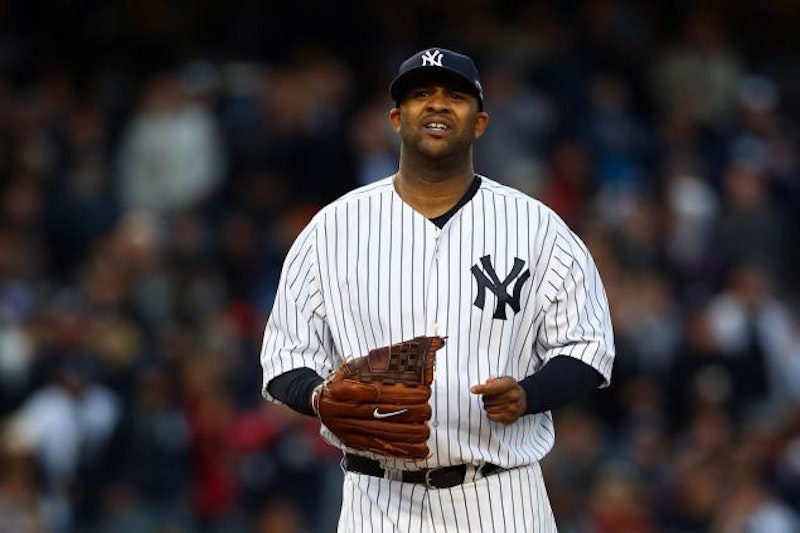 The New York Yankees made an odd announcement on Tuesday. The Yankees, tied for first in the American League East, moved their best starting pitcher to the bullpen while committing to another aging player. Adam Warren, pressed into starting duty out of necessity, emerged as New York’s rotation star in May, out-pitching the more highly compensated C.C. Sabathia and Masahiro Tanaka. Now Warren heads back to the pen, where he excelled during the 2014 season, while the over-the-hill Sabathia will continue to take the mound every five days.

The announcement was no doubt met with glee in clubhouses from Toronto to Tampa Bay. Sabathia is on the downside of his career. After starting just eight games in 2014 the large lefty has at least been healthy this season. Sabathia has already started 16 games for the Yankees, much to his opponent’s delight. He’s allowed a league-leading 59 earned runs and a staggering 19 home runs in just 95 innings of work. His performance is a far cry from his heyday, which lasted from 2006 to 2012. The Yankees are still on the hook for about $60 million to Sabathia. New York loves to pay for past performance.

Moving Warren to the pen while preserving Sabathia’s rotation spot is a clear indication of the Yankees letting dollars stand in the way of reason. Sabathia has been so bad this season, on the heels of a lost 2014 campaign, that there’s little reason to expect him to rebound. The 2009 version of Sabathia that pitched New York to a World Series title is lost to the history books.

Warren’s versatility may be his downfall. The 27-year-old has pitched well in whatever role Joe Girardi has deployed him over the past three seasons. With closer Andrew Miller currently sidelined with a flexor mass strain (often a Tommy John surgery precursor) Warren can fill the set-up role vacated by Dellin Betances’ move to the ninth inning. The Yankees would be better served by Warren logging 90 innings as a starter than 35 innings as a reliever over the next three months, but the rest of the division won’t be offering Girardi any advice.

The real problem for New York is Sabathia’s utter futility. His lackluster performance and inability to make it past the sixth inning will continue to tax the Yankees’ bullpen. The best spot for the southpaw and his $25 million salary is the type of mop=up duty usually reserved for Rule 5 draftees.

The Yankees have boxed themselves in with huge financial commitments to fading stars. The team’s been buoyed by the healthy returns of Alex Rodriguez and Mark Teixeira but that pair could break down at any moment. The lack of depth and weak hitting infield rank just behind Sabathia’s performance as areas of concern. The Yankees are rumored to be scouting Phillies’ ace Cole Hamels. A trade for Hamels would help solidify the rotation, and further muddle Sabathia’s future role, but the bigger concern may be depending on A-Rod and Teixeira to carry the team’s offense through the summer. In the hyper-competitive AL East the Yankees are the contender with the most holes to fill and the least roster flexibility. That’s a dubious combo.