What will become of Prince Fielder?

It's still unclear where the Milwaukee Brewers power hitter will land after trading season wraps up. 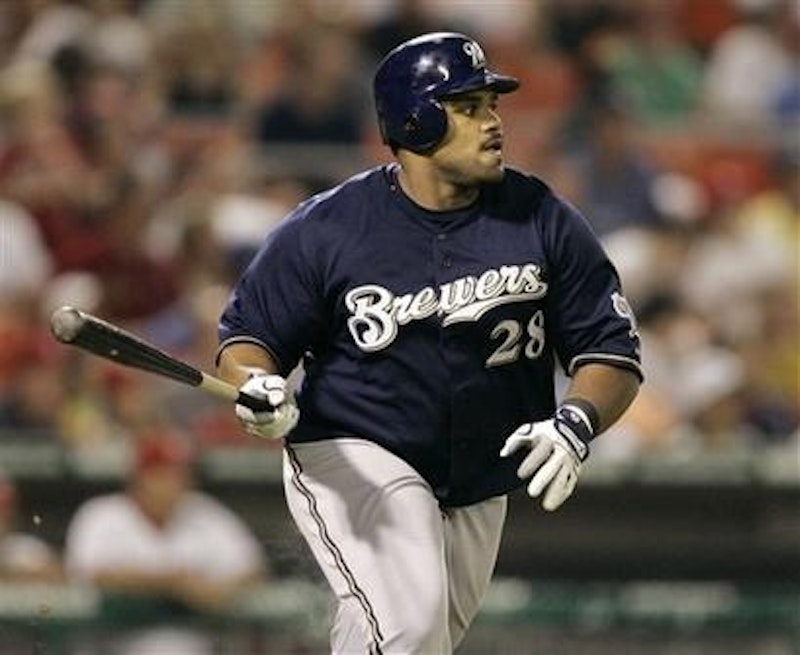 As the July 31st trading deadline approaches, baseball’s general managers are deciding whether to buy, sell or turn off their cell phones. As always, it’s a smart move for contending clubs to bolster their rosters, even those that appear a lock for the playoffs. Injuries are a fact of life in baseball, and other sports, and a GM never knows when an ace pitcher or slugger will hit the disabled list.

The Milwaukee Brewers’ Prince Fielder, despite rampant media speculation, is one player who might not be in the scrum. This rotund vegetarian is on the trading block, but it doesn’t appear that many teams are interested. Fielder is a Scott Boras client, which means that a hometown discount is out of the question, and he’ll be seeking maximum dollars on the open market. If a team were to trade for Fielder at this year’s deadline, they’d control him for only one more season (he’s a free agent after the 2011 season), unless they worked out an extravagant contract extension. One and a half  years of an elite slugger, at first blush, seems enticing, but if you factor in Fielder’s sub-par defense at first base, substantial salary raise due to arbitration, and the prospects surrendered to complete a deal, it’s likely a fool’s errand.

Smaller market teams are effectively out of the Fielder sweepstakes because of the likely $15 million (or more) salary that he’ll command for 2011. Also, wealthier teams like the Yankees, Red Sox, Tigers, Phillies, and Twins have no use for a first basemen, or for that matter (in the A.L.), an overpaid DH. The Angels may seem like a perfect fit, but Kendry Morales will be back next year, and at a lower price. That leaves the White Sox  as the only suitors. However, take into account Chicago’s barren farm system and unwillingness to trade Gordon Beckham and it’s hard to imagine Milwaukee shipping Fielder to the Pale Hose. The upcoming offseason, on the other hand, could be a different situation entirely.

Since Boston’s Adrian Beltre a lock to attain Type-A status and most likely leaving the Red Sox via free agency, GM Theo Epstein will definitely look to replace him in the lineup. Of course, the Brewers’ Doug Melvin will have almost no leverage over Boston because, as stated above, Fielder just won’t garner much interest.

Boras, the hobgoblin of sports agents, is pushing for a Mark Teixeira type contract, which is almost as ridiculous as last year’s demand that 36-year-old Johnny Damon receive a four-year deal. Albert Pujols and Adrian Gonzalez are set to hit free agency the same year as Fielder, so he’ll have serious competition. But of these three slugging first basemen, Fielder is clearly the worst investment, not only because of his defense but also for his serious health concerns. His father, Cecil Fielder, had great success as a younger player, but broke down in his early 30s because of his weight. Considering these sizable obstacles, Prince Fielder will be lucky to get an $80 million, five-year contract in the winter of 2012.