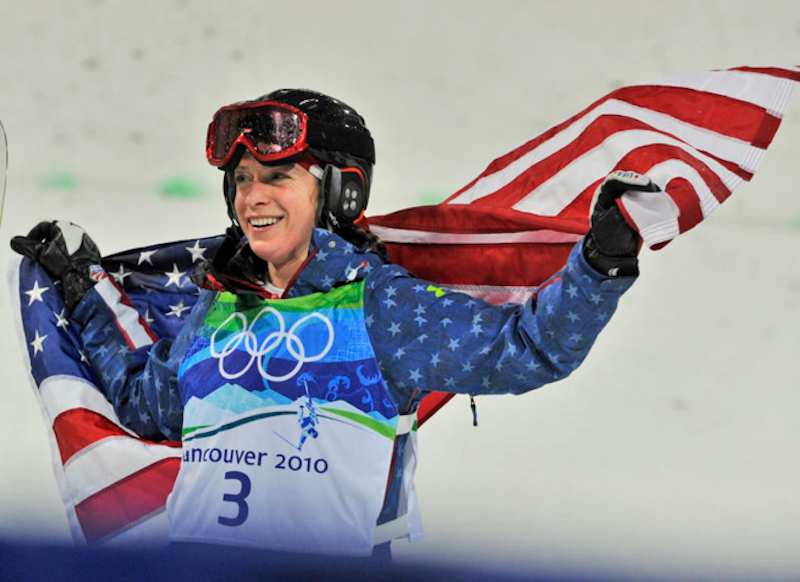 There's a hilly, family-oriented New England town of about 3,000, located across the river from Dartmouth College, where young people are encouraged to play multiple sports. The leagues are no-cut, and a sense of sportsmanship’s encouraged. You might think this is a progressive approach that offers many developmental opportunities for the town’s youth, but that it won’t produce any stars. For that you need a ruthless sports culture that has kids competing in one just one sport from an early age, with the ones who can't cut it getting weeded out. That's an understandable response, given the standard model for sports excellence that currently prevails, but you'd be mistaken. The town, Norwich, Vermont, has produced 11 Olympians (nine of them completed in the Winter Olympics) and three Olympic medals, including a gold. For perspective on the freakish nature of this statistic, Spain, with a population of 47 million, has won only two Olympic medals in winter sports since 1936. New Zealand, population 4.47 million, has earned a total of one winter Olympics gold.

New York Times sportswriter Karen Crouse embedded herself in that small town, described by one columnist as “Disney World with maple trees,” to write Norwich: One Tiny Vermont Town’s Secret to Happiness and Excellence, an examination of how it’s become the ideal grooming center for Olympic athletes, having put an athlete on every U.S. Winter Olympic team but one since 1984. What she discovered is sure to lead to a reexamination of the current paradigm that calls for young people to sacrifice their childhoods in the pursuit of athletics, often with great pressure from their parents and detrimental effects on the athletes.

As depicted by Crouse in a book packed with counterintuitive insights and pleasant surprises, Norwich appears to be in some sort of a timewarp where modern phenomena like “tiger parents” and “helicopter parents” don't micromanage every detail of their child's existence. It's a place where young people don't give up their childhoods in pursuit of a potentially big payoff way down the road in a win-at-all-costs environment. As the author explains it, Norwich is “the kind of town where someone dies” and “leaves his estate to the town on the condition that his money be used to ensure that no child endures the winter without a new pair of mittens.” It's also the town with the state’s highest median family income—$89,000.

Crouse writes about feeling traumatized by the $51 billion Sochi Winter Olympics that she covered, with its bloated budget, human rights violations, and a systemic doping program run by the Russian government. It was, to her, a joyless affair that indicated the Olympics were headed towards a dystopian place of no return where sports are used merely as a tool for the ambitious and powerful rather than the fulfillment of the athletes and the community of nations.

Norwich isn't like Garrison Keillor’s fictional town of Lake Wobegon. All the children aren't above average, but the way the community approaches youth athletics, or youth in general, is exceptional. One of every 322 of its residents is an Olympian in an atmosphere that benefits both high and low performers. Those at the top of the athletic ladder have a chance to befriend kids who, while they're less gifted athletically, may have many other qualities to offer in friendship. Life becomes richer for both groups in such a situation.

Crouse tells the story of Hannah Kearney, who won a gold medal in freestyle skiing at the 2010 Winter Olympics and a bronze medal in 2014. She met girls on her youth rec league teams that she wouldn’t have ever associated with otherwise. Years later, she's said, when her great success sometimes made each loss feel earth-shattering, those friends were able to help her keep things in perspective. When her parents ran out of cash to finance her skiing, Kearney found a wealthy benefactor who required only that she show him all her report cards and give an accounting of how she was spending each dollar. His generosity with strings attached provided the young skier valuable life lessons.

The author sounds positively besotted by Norwich, which can make the reader wonder about her objectivity. Still, the per-capita level of success the tight-knit community has achieved is so stunning that it must’ve stumbled onto something unique when it tried to make its kids more well-rounded but ended up producing champions.

Who knew that you could encourage young people to have fun and get such results? Norwich is the embodiment of Hillary Clinton's oft-derided motto, “It takes a village.” Conservative anti-collectivists are likely to experience some cognitive dissonance when reading this book. They're going to look for other explanations like Norwich's wealth and proximity to Dartmouth. Vermont's own Bernie Sanders, however, must love it. In fact, he'd be well-advised to tout the town’s success as evidence his collectivist approach can succeed. I'd be shocked if other communities don't try to duplicate Norwich’s success when word of this book gets around.