The Toronto Blue Jays, soon to be contenders

Just what does pitcher Scott Downs bring to the table? 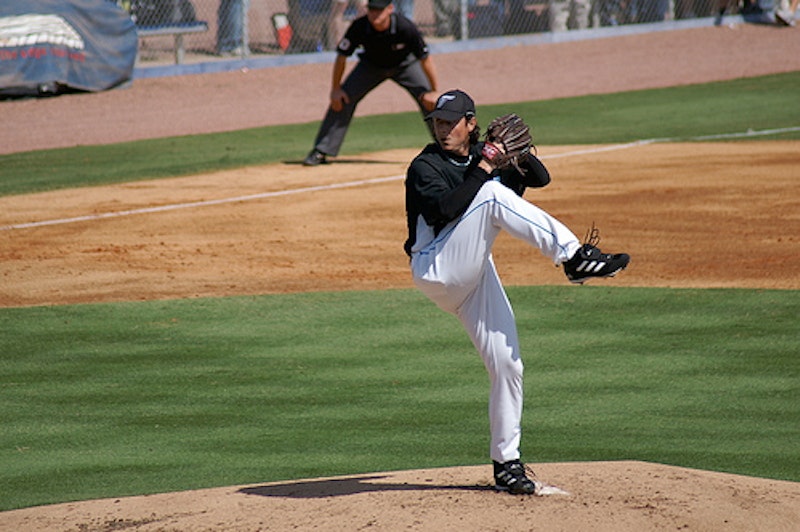 Apparently Alex Anthopolous, the general manager of the Toronto Blue Jays, thinks his pitcher Scott Downs has turned into Mariano Rivera overnight. While the veteran southpaw is one of the better relievers in play for this year’s MLB trade deadline (July 31), the attention he’s received is indicative of a sub-par market. Relief pitchers are a dime a dozen, and generally, not a good long-term investment. Downs is a free agent after this season, and the Elias rankings project him as a type A player. Aside from his 2.41 ERA and 1.05 WHIP, his type A status is what’s most appealing. The possibility of two first round draft picks is a bonus for a team picking up Downs as a two-month rental, but considering that less than 10 percent of players selected in the MLB amateur draft even make it to the big leagues, it’s less of a reason to sacrifice top prospects.

Anthopolous reportedly asked the Red Sox for Cuban shortstop Jose Iglesias or right hander Casey Kelly—the organization’s top prospect—in any potential Downs deal, and he requested the highly rated Jesus Montero from the Yankees. While both teams covet Downs, I doubt either will bite, let alone nibble, on the nervy Toronto GM’s requests. Though Anthopolous’ price will inevitably come down, I have a feeling that some desperate team will, maybe the Sox or Yanks, will still give up too much for Downs.

After the recent Yunel Escobar-Alex Gonzalez swap I realized that the Blue Jays are on the fast track to building a very competitive team in the near future. Since the Rays, Red Sox, and Yankees are perennial contenders , and the Orioles just a sad-sack team always out of the money, people tend to forget that the Blue Jays are even in the powerful A.L. East. Deposed Blue Jays GM J.P. Ricciardi single-handedly ran the team into the ground, but Anthopolous is slowing righting the ship. Jose Bautista is currently leading the Majors in home runs, with 30, and is showing opposing teams that his hot start wasn’t just a fluke. (Cynics would say he has his pharmacist to thank for that.) With one final year of arbitration left after this season, Bautista is a very valuable commodity. The Braves, White Sox, Tigers, and Giants are all very interested and apparently willing to give up blue chip prospects for him. John Buck, a catcher who was signed inexpensively last offseason, will also net back a significant return for the Jays, since he, too, is in the midst of a career year.

Even if the trade talks go sour, it’s still a good time to be a Blue Jays fan. Ricciardi left very tiny shoes to fill, and at the time, it seemed like a hobo could take over and nobody would notice the difference. Anthopolous has surpassed expectations and opposing GMs ought to be wary before making a call to Toronto’s front office. Sooner, rather than later, the Blue Jays are going to make baseball’s most competitive division even stronger.