The Poetry of Baseball

Edward Ward's book Where Memory Gathers considers the pace and meaning of the game. 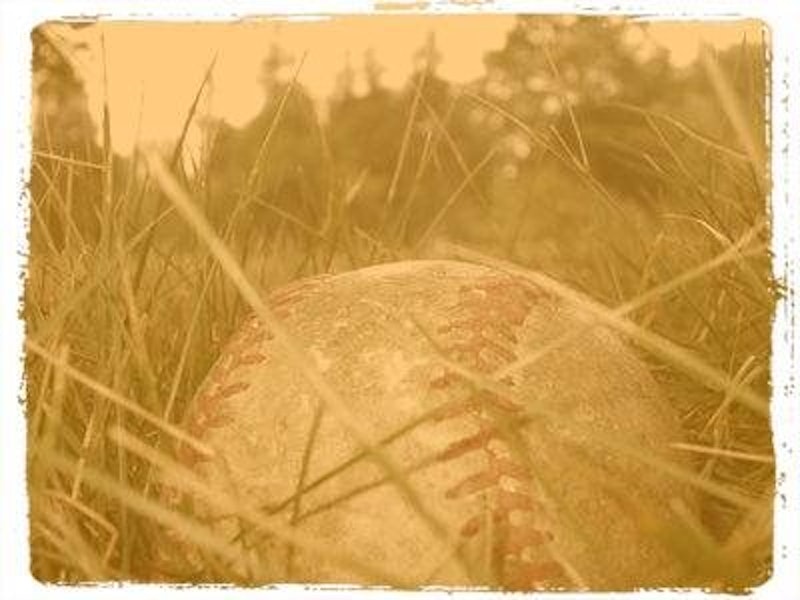 The game of baseball has conquered its own sizable surface of territory in the American imagination. The novels of W.P. Kinsella, and Field of Dreams, the film adaptation of Shoeless Joe Comes to Iowa, turn it into the mythos and pathos connecting and containing all of life’s tragedies and triumphs. The commercialization of the Major League, on the other hand, has inculcated cynicism within the minds of many former fans who want “America’s pastime” to possess a purity it probably never had. Regardless of how worshipful one feels at the altar of Wrigley’s hand-turned scoreboard, Fenway’s Green Monster, or a sandlot surrounded by chain link fence in a small town, there is hardly any disputation with Russ Smith’s reminder that “a game’s a game.”

Edward R. Ward, a Joliet, Illinois born and bred author, would not argue with Smith’s conclusion, but he would also add that baseball—in part by virtue of being a game—is a unique ticket of entry into American culture. It’s a life support machine for regional difference, while American culture homogenizes, and it is living connective tissue to what Greil Marcus calls the “old, weird America,” even as every major American ballpark modernizes.

Where Memory Gathers: Baseball and Poetry—an underrated gem from 1998—is full of Ward’s reflections, both in prose and verse, on the game. “How does one put poetry—exact words in perfect order—and baseball—two teams of nine—together?” Ward asks in his introductory essay to the book. “One does so slowly, and I am convinced, with much pleasure.”

The book is the organic result of the pleasure that Ward experienced engineering such a combination, and he advises readers to try the same: “Watch what happens when a warm sun, a cold drink, no clock, and a few close plays at home come together. Let the mind and the heart wander.”

The poems that follow Ward’s introduction are moving, charmingly and unapologetically nostalgic, and also, a successful fulfillment of the promise of the title. Ward’s poems manage to awaken the memory, and in doing so, activate insights within any mind prepared to join childhood, America, and baseball. They are personal, but not political. “Please don’t look for a lofty social purpose in my poetry,” Ward cautions.

Baseball, Ward told me in a recent conversation, has an “architecture.” Its quality of pastoral beauty, shaped by the diamond, the grass and sand, and the placement of players on the field, seems much more like the satisfying result of meticulous design than the structure of any other sport. Ward might resist assigning his poetry a social function, but I cannot help but think of how baseball, while maintaining a place squarely in the center of the American mainstream, through its stasis, is undermining the American ethos of utility, efficiency, and plasticity.

The most frequent, and boring, complaint about baseball from non-fans is that it moves “too slowly.” In a culture that Neil Postman called a “technopoly,” speed is god, and patience is blasphemous. “Baseball moves slowly, but that’s what creates the suspense,” Ward told me. The rewards of waiting are clear at the ballpark—waiting through four scoreless innings for the big payoff of a three-run inning or enduring a 12-pitch at-bat, full of foul balls, only to stand and cheer when it all ends in a swinging strikeout. The experience of watching baseball, much like the experience of playing baseball, is best for the attentive set of eyes, the concentrated mind, and the steady hand. It is not conducive to smart phone addiction, live tweeting, or staring at handheld screens.

Ward’s entire impetus for writing poetry at baseball games demonstrates the lost art of focus—passively allowing an activity to absorb you into its world, while you reflect and grow in the experience, rather than escape it with a technological trap door.

Baseball, by its existence and success, challenges the American lifestyle of “present shock”, to borrow Douglas Rushkoff’s term for nervously and rapidly moving from one activity to the next. It also, in the view of Ward, complicates the homogeneity of American culture.

Another result of the triumph of technology and the digitalization of America is the slow death of regional difference. Whatever product, entertainer, or lifestyle mass media smears in the collective American face is much more powerful than what happens at the local diner or neighborhood bar, and it is especially more forceful than anything that grew out of the local diner and neighborhood bar in previous decades. The viral video on YouTube is more influential than anything that happens down the block.

The first section of Ward’s book, Where Memory Gathers, is called “Spaces/Places.” Set mostly in minor league ballparks, because MLB is much more commercialized, the poems in this section give readers a taste of the local flavor that is as delectable in the ballpark downtown as it is in a bowl of chili made with homegrown spices according to the old recipe.

“Baseball in the Rockies” opens with the lines:

Pioneers all, and a precious dust draws folks.

Open spaces do, too, on water-wanting soil.

At one point in the poem, Ward reminds readers that “benders bend 25 percent less.” A trip to the ballpark in Denver or Helena is as much about the mountains as it is about the outfields. Baseball in Peoria, Illinois is something altogether different, as Ward captures in the poem, “Nowhere But Peoria”:

Central to it all is Peoria – Heartland, Midwest, Breadbasket, Midlands, (tallgrass) Prairie, Farmbelt…where values are tested.

Good or evil? Black and/or white?

Rich v. poor? Mainstream or for a day?

Chicago? Too far, and busy.

Indianapolis? Distant, but a cultural cousin.

Roads to the Mississippi show little, except quiet.

The poem continues with a metamorphosis into baseball reflection, but geography is literally and lyrically in the foreground. The same section of the book also, as Ward teases in the Peoria poem, contains verse on Chicago, St. Louis, and Indianapolis. Ward’s poetry demonstrates that baseball is not just a vehicle into American culture, but a train ride across the various cultures of various Americas. In a speech Ward gave at the Major League Baseball Hall of Fame in Cooperstown shortly after the publication of his book, he cites cultural geographer Joel Garreau’s text, The Nine Nations of North America, as a key influence on his thinking and writing.

“I read Garreau day and night,” Ward recalls, “and I was slowly falling in love with the various nations in America and the American scene in general: downtowns, highways, people of all colors, movie palaces, railroad depots, art museums. Although baseball receives little mention in Nations, my appetite was nevertheless whetted to find out more about the American people and more about how sports played a role in their lives. I went to places like Evansville, Madison, Chattanooga, Omaha, Pittsburgh, and dozens of other cities,” Ward explains, “in order to study both the American experience and an important item that goes along with it, baseball.”

Ward, far from alone in the contention, submits that baseball and jazz are America’s greatest inventions, and when he writes on the subject, he manages to connect the game to the “old, weird America” and the modern “Technopoly.” Baseball is a game, experience, and ritual that lives, perhaps schizophrenically, but simultaneously in both worlds. Sitting at a baseball game is to find great opportunities for entertainment, but, as Ward’s book title invokes, it is also to remember. Ward’s poetry brings back the memory that much of what made America great, exciting, fascinating, and fun—baseball, jazz, rock ‘n’ roll, literature—was a product not just of American culture, but the variety of its own separate, regional cultures. As the nine nations morph into one, American culture becomes more homogenous and boring.

One of Ward’s poems toward the end of the book embraces the emotion he is evoking throughout the entire collection. It is called “Nostalgia.” and it contains several conflicting quotes about the nature of the universal feeling that haunts, uplifts, and saddens every person. Arlene Skolnick, quoted in the poem, likens it with the delusion of foolishly idealizing the past to assuage unhappiness in the present. Ralph Harper considers it an important and profound way to “isolate the good for us and momentarily stop time.”

Underneath the quotations, Ward writes:

Ward provides no explanation and leaves it to the reader to assume that the Rochester Red Wings minor league game on August 10, 1992 has some special meaning to him. It is a time and place where he would like to return, and that has memories that cause his heart to swell, and his mind to wander.

Everyone has an experience to which they would like to go back, and as America moves more toward a culture of “present shock.” constant cyber connectivity, and investment in the promise of an increasingly technological future, we should remember the wisdom of Jackson Lears, who explained that “The assault on nostalgia could come only from an intelligentsia drunk on disowning the past. Where else are visions of the good society to come from, if not from our own memories that once life was different, and maybe better, than it is here and now? In imagining more humane ways of life, why are recollections of the past held inferior to fantasies of the future?”

Ward is committed to the act of remembrance, and his poetry—for all Americans, but for baseball fans especially—is important because every culture needs chroniclers of the past. Every culture also needs moments that make the past accessible. Baseball is a fun game, and excellent spectator entertainment, but for some people, it is also the provider of those moments.

Ward’s poem, “Seven Year Old’s Dream,” captures one of the many:

Whether in Omaha, Chicago, or Boston, it’s not a bad place to visit.