The Limbo: How Low Can the Red Sox Go? 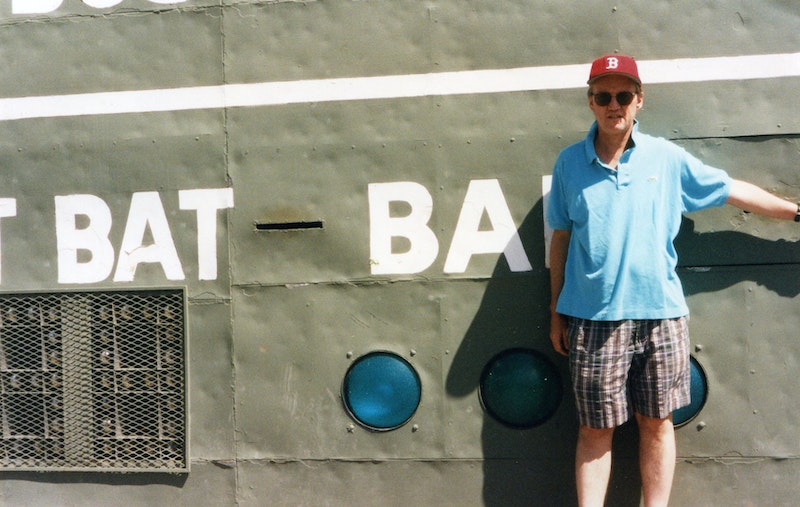 At what point in the baseball season do fans resign themselves to the plain fact that their team is pretty crummy and has a slim-to-none chance of making the playoffs? It’s only June 5, but if you’re like me and root for the Red Sox, the glass is nearly empty. Worst-First-Worst-Worst may not happen, but even in the devalued American League East, the Sox are playing like one of those now-forgotten Boston squads from the early-1960s, although in 2015 that comes with a $200 million payroll. Light candles for Tony Conigliaro, Dick Radatz, Gary Geiger, Pinky Higgins, Dick Stuart and Bill Monbouquette.

I thought the low point came last Sunday when a Pablo Sandoval error led to a walk-off win by the Texas Rangers, but this season’s Sox are just full of nasty surprises, evidenced by Thursday’s implosion when a combination of errors, bush base-running and lackadaisical play turned a 4-0 lead over the Twins into a really, really ugly 8-4 loss. I watched the game unravel—receiving texts from my buddy Rick every two minutes—and for two hours after felt like I was coming down from a bad acid trip. (A win, rare this year, is the opposite: it’s a cocaine rush, good for a short period and then it’s back to business.) My mood was sour, thinking about Sandoval, that damn Panda making a couple of more errors, Hanley Ramirez forgetting how many outs there were while on base, and how this team, built to score an MLB-leading runs, is inept at the plate.

My son Booker is far more circumspect—not dispassionate, mind you, just grounded in reality—and told me that the season is at the one-third mark and Boston’s record thus far is a small sample size. At 5.5 games off the pace, the Sox can’t be written off yet, he said, though the article he wrote a week ago says otherwise.

I follow a lot of Sox fans on Twitter and, not surprisingly, after this latest turd Sandoval and co. left in our pockets, the reaction was nearly hysterical. Boiled down, the consensus was Fire Everyone. Too bad it’s not so easy, since owner John Henry isn’t going anywhere (even though his pocket will be picked for the remainder of the season as attendance suffers and TV ratings dwindle) and apparently the architect of this underachieving crew, GM Ben Cherington, has a job for life. Instead, my bet is that manager John Farrell will be the next sacrificial lamb (pitching coach Juan Nieves was let go earlier this year), which is neither here nor there to me. Aside from bullpen decisions, a manager’s job is overrated; but if Farrell is replaced, maybe by Jason Varitek (groomed for a manager’s job), well, that’ll spark some interest. For about a week.

God only knows why Cherington signed Ramirez and Sandoval during the off-season, and He ain’t tellin’. Granted, hardly anyone thought Ramirez would turn out to be the worst left-fielder in Sox history, so bad that when he actually catches a ball there’s an audible sigh from fans at Fenway Park and in living rooms around the country. And here’s the really bad news—worse than Cherington screwing up the draft on Monday, probably squandering his Number Seven pick on a guy who’ll never make it out of AA—for Sox fans: come trading deadline, the Sox are screwed. They have nothing to sell (who’d want Sandoval, Ramirez, Craig Breslow, Alexi Ogando, DL-hobbled Shane Victorino or Joe Kelly?) and no spot on the roster for an offensive upgrade. A trade for Cole Hamels? Hardly makes any sense at this point: sure, a decent pitcher would help, but the team’s main problem is hitting and catching the ball.

So: barring an unexpected winning streak of 10 games, for this Red Sox fan, it’s early call for Anyone But the Yankees. Man, am I sick of that.