Soccer's Watershed Moment Fades as Fast as it Comes

What does the USA's recent World Cup run mean to American soccer fans. 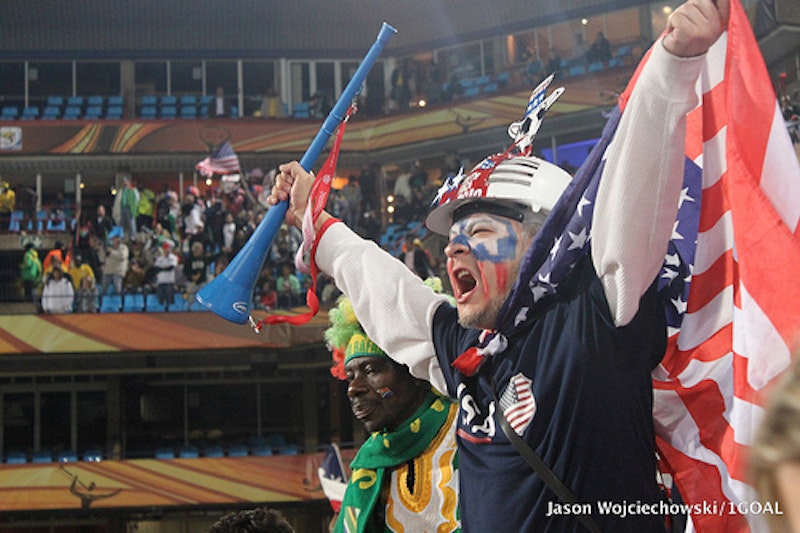 This World Cup has been a bitter one for many countries. The two defending finalists from the last Cup (Italy and France) took an early exit. An English side that was thought to be the best since 1966 looked old and sluggish as they failed in the round of 16. The hopeful host continent of Africa which seemed to have so many promising teams coming in, suffered countless defensive lapses, leaving only Ghana to represent them in the elimination round. But bitter and well publicized as all of that may be in the football world, perhaps no group is as upset as a small contingent of people in the United States, the soccer believers.

Now, these are not just soccer fans. They are not just the people who played youth soccer and know all about the game. Nor are they even just the game day diehards who love the World Cup and actually watch the MLS. These are soccer fans, and though it’s true that these fans are suffering too, they aren’t suffering any more than their counterparts in Italy or England. What is meant by soccer believers are the people who get up at five in the morning to line a field and set up soccer goals for a tournament that their kids won’t even be playing in. Or the guy who referees the “Over 30” Sunday league games in 106 degree heat in July, for free. It is the person who volunteers to coach, who negotiates with cities for field space and who writes a computer program to track the standings and scores in a league with over 3000 kids in it. A soccer believer is a person who thinks of soccer as much more than a game. Soccer is not something he does for his children (though that may be a bonus), soccer is his child and all he wants is for that child to grow. To call soccer a religion to this person would not be a ridiculous statement.

The soccer believer is suffering right now more than ever even though the US exceeded their expectations by winning their group and playing to an extra time loss in the final 16. But that acceptable finish turned into disaster thanks to one beautiful goal in a game when all was lost. A goal that not only lifted the United States to the elimination round, it lifted the team to the top of its group and away from the dreaded and talented Germany. It was a goal that put the United States in a four-team bracket with Ghana, Uruguay and South Korea, all teams that are ranked lower than the United States, all teams that the United States could and should beat. A goal that was replayed on televisions across the country; that was talked about ad nauseam on the radio and at the water cooler. But perhaps most importantly, it was a goal that put the United States on television in the middle of the day, on a Saturday, and the whole country would be watching.

All they had to do was win. Just beat two teams that they were supposed to beat and they would have a semi-final matchup against soccer giant Brazil. A game that would certainly capture the imagination of America, a game where an upset would be soccer’s Miracle on Ice, the watershed moment that the sport so desperately needed.

But it was not to be as the United States laid an egg. They looked sluggish, distant and unprepared. To make matters worse, their opponent did all of the things that Americans hate: they fell injured for no reason to kill time, they delayed on restarts, and they packed the penalty box to keep scoring down. It was about as bad as a game could possibly get. So America did what America always does, it turned off the TV and stated firmly that soccer is a stupid game and the soccer believer is left alone, again, to wait and hope for another day and another time. The only question is, will an opportunity as perfect as that was ever come again? The answer to that question is the reason why the soccer believer suffers even more than the Englishman, the Italian and the Frenchman.

Noel Carroll can be found at www.soccergoals.net/blog.