The incumbent Maryland Governor has effusive praise for the Ripken Foundation's charitable works—not that he'd even imagine doing the same thing. 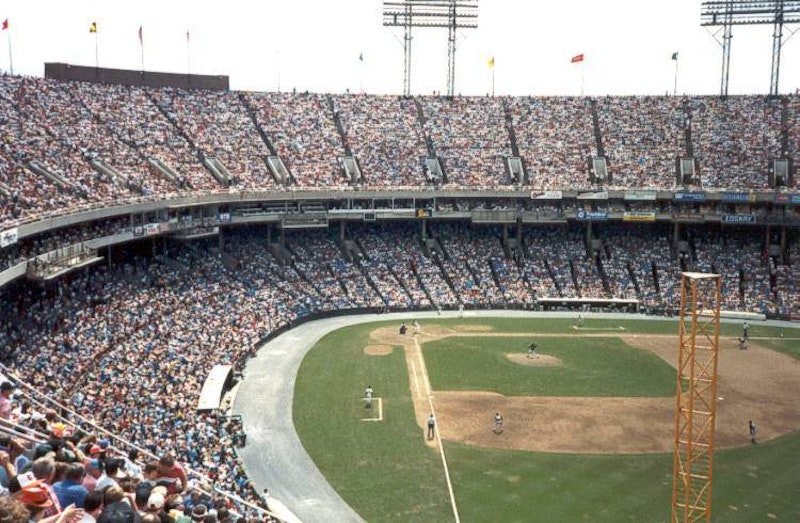 Maryland’s Gov. Martin O’Malley probably isn’t as dumb as he sounds when issuing statements to the media, but for a fellow who is counting down the days until he can file papers for an “exploratory” committee that will kick off his run for the 2016 Democratic presidential nomination, you’d think he’d choose his words more carefully. O’Malley, a fifth-tier Bill Clinton who’s dreamed of living in the White House since he was in kindergarten, first has to defeat former MD Gov. Bob Ehrlich (whom he ousted four years ago), a task that he’ll probably achieve, although a lot depends on how deep the anti-Democratic mood is nationally come November.

Anyway, when Cal Ripken Jr.—perhaps the most popular man in Maryland—broke ground on June 30 at the site of Baltimore’s demolished Memorial Stadium for a new youth-oriented sports facility sponsored by the foundation named for his late father, Cal Sr., O’Malley busted a button or two on his trousers, so ostensibly proud of the Ripkens for their charitable endeavors. Calling the site—for so many years the home of baseball’s Orioles and football’s Colts—“sacred soil,” O’Malley made at least this reader of the Baltimore Sun reach for the barf bucket upon reading the following statement: “For a long time, this site has been a source of worry and angst, a place where Brooks Robinson and Ripken and so many other greats once played. It’ll be nice to have the holy ground restored.”

For whatever reason, probably space, Sun reporter Mike Klingaman failed to note that O’Malley was Baltimore’s mayor when Memorial Stadium was gutted in 2001, and that if the grounds were truly “holy,” he could’ve twisted the arms of any number of developers and philanthropists to replace the abandoned landmark with a similar project. Yet in Baltimore, it’s only the downtown Inner Harbor that receives any monetary attention (and tax credits), even while the main thoroughfares of Charles and St. Paul Sts. are blighted by boarded-up storefronts. (In fairness, Ehrlich, as the state’s governor from 2002-2006, also neglected all real estate that wasn’t a long fly ball from the Inner Harbor.)

The Orioles’ Camden Yards, which opened in 1992 not far from Harborplace, is justifiably recognized as the first “retro” baseball stadium, the model that other cities looked to when building new venues for their own franchises. And, before the Orioles became the American League’s laughing-stock (in large part due to sports malpractice by the team’s owner Peter Angelos, an extraordinarily wealthy trial lawyer), the park was packed night after night. I liked the old Memorial Stadium a lot—as both a spectator and beer vendor for three years during college—but didn’t oppose a more modern facility. What was unconscionable, however, was the city and state government’s willingness to let the neighborhood of Waverly (where Memorial Stadium was located) rot, another patch of turf where it’s unsafe to walk after dark. When the O’s and Colts played there on 33rd St., the neighborhood was alive with excitement, the stadium’s lights flashing for miles, and retailers, restaurants and bars thrived.

I think it’s grand that Cal Ripken Jr. and his brother Billy have taken matters into their own hands, restoring at least one monument that’s integral to the city’s 20th century history. (And among Orioles fans, it’s nearly unanimous that if the Hall of Famer assembled a consortium to buy the team from Angelos, it would be a legitimate cause for a ticker-tape parade.) But it also demonstrates how Maryland’s elected officials—and O’Malley’s at the top of that list—are quick to praise men like the Ripkens for their civic pride, but won’t lift a finger to undertake similar projects.