Losing at games and sports no longer has much impact. 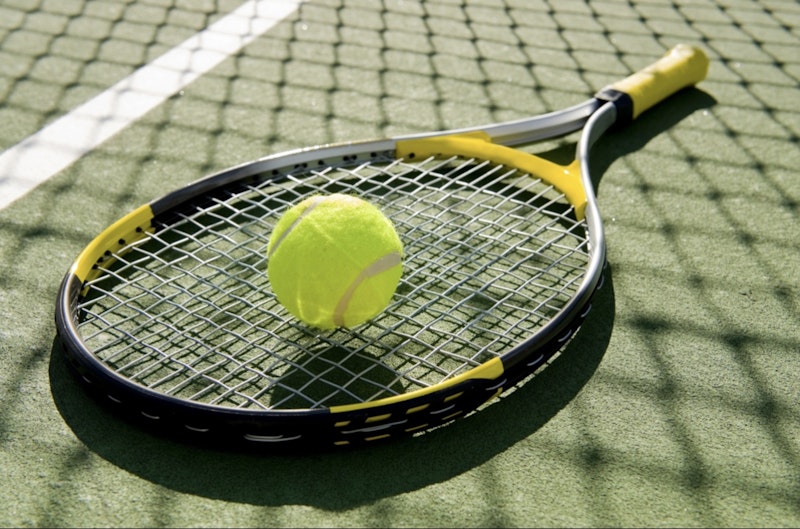 Not long ago, I lost four straight chess games to two different guys in one afternoon. I'm not used to losing four straight, but it didn't bother me. I had a legitimate chance to win one of the games before making a dumb error, and a good shot at a draw against my other opponent before doing the same. Both of my opponents were excellent players, and I don't play much chess these days, so I shrugged it off.

Back in high school, I was much more competitive as a member of both the tennis and cross-country teams. I was a "letterman," although I never displayed my letters publicly. The idea of "letter sweaters" or "letterman jackets" always seemed ridiculous. I was supposed to strut around the school corridors, as some guys did, and proudly display my hard-earned varsity letter? That would’ve made me feel pompous. I'd have been a cliché out of the Beach Boys' corniest song, "Be True To Your School": "I got a letterman's sweater/With a letter in front/I got for football and track/I'm proud to wear it now."

I played singles on the tennis team, which meant my name would appear in the town's newspaper, and the school newspaper, as either the loser or the winner. You don't get spotlighted like that if you play on the basketball or football team because those are group efforts. Not wanting the negative publicity made me compete even harder. As for cross country, you need to be really competitive to put yourself through those brutal practices. There's no element of fun. Essentially, they're just hard manual labor. Succeeding in that sport means forcing punishment on your body. You need a powerful desire to succeed to endure that voluntarily when you could be out having fun on the basketball court in a pick-up game after school instead.

I've never competed in any organized athletic contest since graduating high school. I once saw someone (Jay was his name) who I'd played against in high school playing in a tournament about 20 years after we'd graduated and marveled at his persistence. He was obviously much more of a competitor than I. I imagine Jay had a rating under the Universal Tennis System's rating system that evaluates players on a scale ranging from 1.0 to 7.0. I've had tennis players proudly tell me they're a "4.5," which I find annoying, but then again I'm not that competitive any more. If I were, I'd be out there trying to get a rating.

Around the time I saw Jay, I was playing tennis regularly with a college professor, Gene, whose ego was invested in winning at tennis. Watching Gene play someone else one day, I noticed that he foot faulted on every serve. It was probably intentional, because it's nearly impossible for your opponent to make that call from the opposite baseline and he'd do anything to win. I could’ve called him on it every time we played, but I never did. I was happy to be playing, and regular tennis partners aren't always easy to find. His cheating never bothered me, although he'd never have given me such a break. Gene had to go home to his much younger girlfriend and tell her he beat a younger guy. The loss wouldn't make the local paper, so what did I care?

Later on I started playing golf. An advantage of that game is that you don't need a partner. I've played many solo rounds, and always enjoyed them. Serious golf competitors do the exercises, understand the different kinds of grasses, and know what the right golf ball for their game is. None of that interests me. I've never done a single golf exercise, even though I've been working out for many years.

The chess player who won the tournament in New York brings a bag that's about 12 inches thick into Panera Bread every day. In it, there's an old electronic chess analyzer from Radio Shack that he uses regularly and folders full of chess material. Yet when I played him recently, that was the first game he'd played in 40 years. It stunned me to hear that. He's obsessed with the game but doesn't actually play it. He told me that he played slow, and he did. I'm not crazy about that style of play, but I know why he does it. He's competitive and doesn't want to take a chance of losing to someone who's probably not at his level. But when the game got interesting he told me that I obviously know how to play the game.

That was enough for me. A guy who once won a chess tournament in NYC complimented my game. I'd just lost four in a row, but so what? Someone who plays with competitive fire would’ve demanded a rematch, but I didn't. I'm just not much of a competitor these days.