Nick Markakis is in prime form as O’s look to win A.L. East. 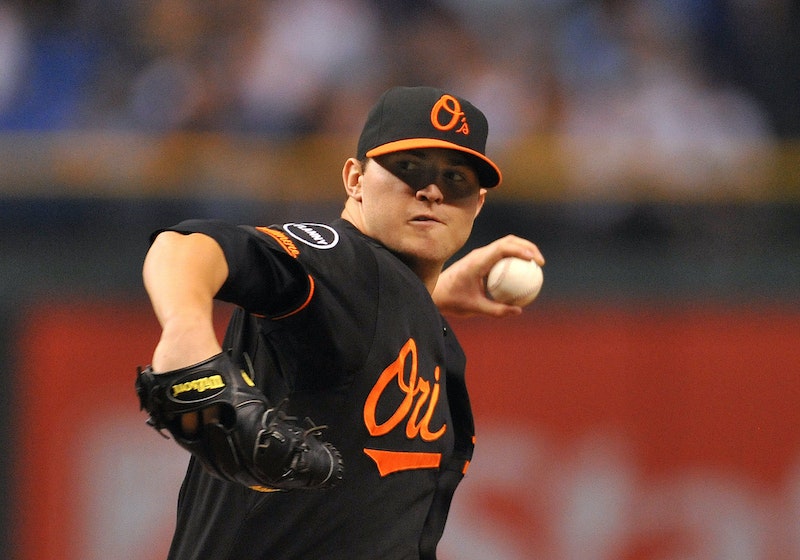 The Baltimore Orioles languished in the American League East cellar for 15 agonizing seasons before emerging in 2012. With just six weeks left in this baseball season the O’s are poised to claim their first division crown since 1997. The team has succeeded despite serious injuries to 2013 All Stars Matt Wieters and Manny Machado and the offensive struggles of Chris Davis.

Nick Markakis has rebounded from a dismal 2013 season to regain his form as a defensive stalwart in right field and provide a steady force at the top of the lineup. Markakis will probably never be the doubles machine he was in his mid-20s but his .348 on base percentage out of the leadoff spot has steadied baseball’s most homer happy lineup. Markakis, Baltimore’s first round pick in 2003, missed the 2012 playoff run after a wayward C.C. Sabathia pitch fractured his wrist. After the disappointment of 2012 the longest tenured Oriole is making his mark in 2014.

Baltimore entered the season with Tommy Hunter as the closer. Hunter predictably flamed out in April only to be supplanted by former top prospect and failed starter Zach Britton. After appearing in just 20 Major League games over the past two seasons Britton entered Spring Training as a question mark. The 26-year-old lefty was out of minor league options. He either had to make the club or be exposed to waivers. Britton pitched well enough in March to earn a job and well enough in April to be anointed the new closer. Britton has racked up 28 saves for Buck Showalter’s O’s and has yielded just 5.5 hits per nine innings.

The Orioles rushed 2012 first round pick Kevin Gausman to the big leagues last summer. Gausman struggled in five starts for Baltimore last season before ending the season in the bullpen. After an impressive spring and a few solid months at Triple-A Norfolk Gausman has emerged as one of the Orioles’ most consistent starting pitchers. Gausman has been more solid than dominant to this point but his contributions have provided depth behind Chris Tillman and pushed high-priced free agent import Ubaldo Jimenez to the bullpen.

When Wieters went down with an elbow injury early in the season the Orioles’ catching situation looked dire. GM Dan Duquette swapped Troy Patton to the Padres for Nick Hundley and gave an opportunity to Caleb Joseph, a 28-year-old rookie who’s been praised for his defensive efforts, especially his expert pitch framing abilities. Joseph fell prey to an unfathomably low BABIP for his first month in the big leagues but he’s rebounded to post a .695 OPS and eight home runs in 60 games. Joseph’s defense has accounted for 1.5 Wins Above Replacement and he has, at the very least, secured himself a future as a defensive specialist.

After getting next to nothing out of second base last season the Orioles turned to prospect Jonathan Schoop to start 2014. While Schoop’s batting average has hovered around the .220s for much of the season the rookie has chipped in 12 home runs from the bottom of the lineup. Schoop has also been a tremendous defensive asset in the middle of the diamond. At just 22, Schoop has done enough with the bat and glove to look like a long-term asset.

After sustained struggles fueled by a broken player development system the Orioles are on the right track. The team’s two best homegrown players, Wieters and Machado, are currently disabled but thanks to improved organizational depth the Major League team hasn’t skipped a beat.