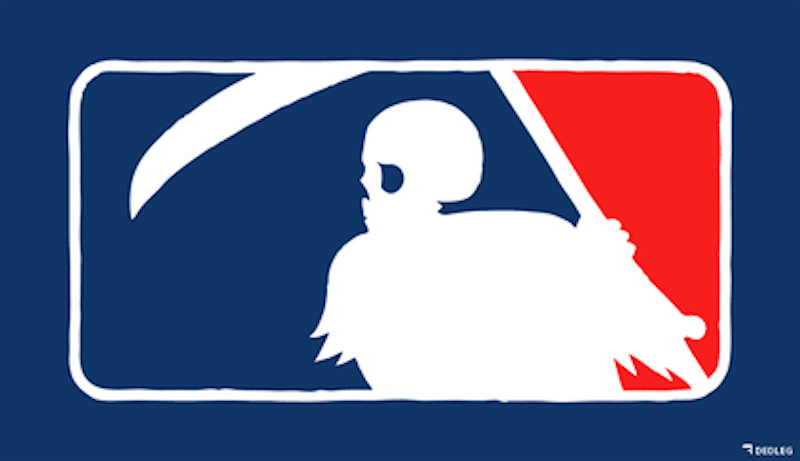 Major League Baseball is about to induce labor on the birth of a new league commissioner, which means endless flow charts, Power Point presentations, Venn diagrams and inevitable staff bloodlettings are on the horizon. Under new leadership, poobahs drowning in over-hyped data will try to “improve” the sport. The aging fan base will no doubt howl in protest. The younger crowd distracted by its own technology will take a wait-and-see approach and meander off to other spectator sports far less taxing on their attention spans.

August is a perfect time for this type of tribunal transition. Allan Huber “Bud” Selig will of course finish out this season by showing up for October’s World Series trophy presentation in the same ill-fitting Chess King blazer that causes him to mispronounce even non-ethnic names. But before the “dog days” are over, we will know who hath been knighted as the 10th commissioner of the game once known as the national pastime.

Years ago in the pages of my fanzine Murtaugh I made a pitch for Joan Jett to take over the Park Avenue MLB castle. She’s a great Orioles fan and has that veteran rock ‘n’ roll panache, but soon enough she was distracted by the WNBA and was far too accessible hanging out at Mustang Sally’s just south of Madison Square Garden on 7th Ave.

The L.A. Clippers debacle in the NBA might have elevated league commissioners to a dangerously heightened status as the guy who resembled Nosferatu gathered tons of positive publicity in the aftermath of Mr. Sterling’s senior moments. The guys currently in the running to replace Selig at the helm of Tony LaRussa’s chosen sports resemble the extras from the cast of Boston Legal. Hank Greenberg’s son Steve—cited as an early dark horse—is too nice, too educated, too savvy and too much of a family man to become the yes man for this grubby group of MLB owners. That is why he declined to be considered.

In the spring of 1986 in Athens, Ohio, I briefly met Peter Ueberroth, then sitting as the sixth commissioner of MLB (with the stench of Olympic corruption looming in his future), on the stage at the Convocation Center. It was Ohio University’s commencement. I don’t recall much about his speech but it probably contained his famous Type A personality quote: “Authority is 20 percent given and 80 percent taken.” What Ueberroth and the faculty of the E.W. Scripps School of Journalism failed to do was warn all of us journalism grads that we were embarking on a profession doomed to a meager existence in a non-paying cistern of crowd-sourcing, multi-platform digital updating, code-writing and social media groveling. In other words, print is dead, and its obit is currently being re-Tweeted.

So to take my graduation speaker at his word, maybe Mark Cuban should walk off the set of reality show Shark Tank, sell all his inflatable NBA basketballs in Dallas and in a Ueberrothean fit simply take over the authority of the MLB’s commissioner’s office instead of waiting for it to be handed to him by some half-assed sports politburo?

Believe you me, having met MLB office wonks Rob Manfred and Tim Brosnan—the Gilbert & Sullivan of middle management boredom—I have compiled my own short list of Commissioner candidates beyond my previous Joan Jett suggestion. As for third candidate Tim Werner, well, he will always have his hubcaps stolen when the Red Sox executive visits his other property across the Atlantic—Liverpool Football Club.

Names on my short list include ill-tempered pick-up basketball player and star chef Bobby Flay; a co-commissionership between the unblinking pinkeye of Bob Costas and Neil deGrasse Tyson (whom, as an astrophysicist, would have been among the first killed during a landing party scene on Star Trek); Jon Stewart of that old MTV show; Malcolm Gladwell because of his afro and penchant for encouraging kids of his ilk to practice too much; Toronto mayor Rob Ford for obvious reasons; filmmaker and Baltimore wag John Waters; Marvel Comics villains Galactus and/or MODOK (Mental Organism Designed Only for Killing); or some combination of indie actor Jon Polito and Robert Blake, who would be good for disciplining wayward ballplayers.

Think of it: the new commissioner comes in at a time when supermodel Kate Upton is told by Yankee Stadium officials not to wear Tigers gear whilst sitting in the front row to watch her boyfriend Justin Verlander pitch in the Bronx. And a week later his shoulder is getting an MRI after lasting only an inning in Pittsburgh. The new commissioner comes in at a time when Manny Machado’s other knee gives way, when Marlins reliever Dan Jennings gets hit by a line-drive to the head, when Andrew McCutchen’s 11th rib has detached cartilage and both Texas teams play the crappiest baseball in the American League.

The new guy also gets the wonky neck from Prince Fielder and the bombarded elbow of Matt Wieters, the rotator cuff anarchy of Jacob deGrom and a line outside the office of ligament replacement specialist Dr. James Andrews that resembles a Kenesaw Mountain Landis-era soup kitchen.

Whoever is chosen to run next season’s Show I wish them good luck, Mazel Tov, Break a Leg and never make the first or third out at third base. Also, while you are at it, could you simply disband the basement-dwelling radon victims known as the Society for American Baseball Research and their annoying sway over the media? Tell them to go outside and get some sunshine for crying out loud. There is not much summer remaining, and by next spring, we may be under an entire new set of rules for a game that could surely do without further tinkering.