Discovering sports fandom for the first time at a high school basketball game. 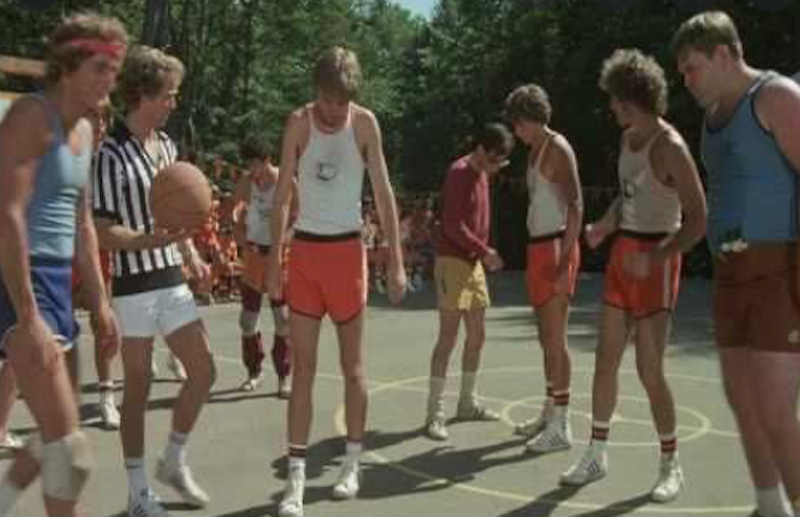 My son plays high school basketball. He’s a sophomore, so he missed out on games his freshman year “cuzzaCovid,” which I think should just be one word now. I’ve watched my son play in hundreds of basketball and baseball games over more than a decade, but in recently attending the game between his school and their number one archenemy rival, I felt something different for the first time. I… cared.

Making up fictional team names here to protect the kids, the odds were stacked against my son’s Tigers and highly in favor of the Colonials. The Colonials have the training, facilities, YouTube drill coaching, a five-time state championship cheerleading team (which the fans will be reminded of at least 10 times throughout the game), and all the right cars in the parking lot to win. The Tigers practice in their driveways because they love basketball, and also have better music at their games.

Despite limited ticket releases cuzzaCovid, the gym was packed at Chez Colonial, student sections jammed in a sports vibe that can best be compared to the 1979 Bill Murray movie Meatballs, when scrappy team North Star plays the rich kids of Camp Mohawk. The coach of the Colonials is a former Congressman, and manages to land himself a few technical fouls for temper tantrums during the game, seemingly for his disbelief that his team might be capable of scoring less points than an opposing team.

Typical chants of “airballll” from both sides and occasional chants of “overrr-rateddd” from the Tigers flood the court as a tight score lights up the board. At first, the adult portion of the stands is mostly quiet as the grim realization that the underdog might have a shot seeps in. There’s a racial element here. When the Colonials entered the gym into their tunnel of 57-time state champion cheerleaders (who apparently couldn’t perform a halftime routine because they have too many award-winning dance teams to showcase), it was notable that all their players are white. On the Tigers, only two starters are white. Is it significant or worth noting? I’m not sure, but at a minimum it’s clear that there is an economic difference—a privilege difference between these teams that can’t be denied, and you can feel it in the way they play. The Colonials, players and coaches, look to the refs like they expect things, and they’re annoyed when those things don’t happen. The Tigers might protest a bad call, but they’re more likely to play through, bounce back, move on. Perhaps undertones of Colonial entitlement, but even as a casual sports observer, I feel like they’re evident.

As time goes on, the place gets louder. My fair-weather native Philadelphia sports team fan DNA awakens. Ugh, I need a soft pretzel. I never check my phone and am standing up every time we score. I’m reminded of another movie: Rocky IV. One of the Colonials looks exactly like Ivan Drago. And with everything going on in the news, let’s just make Russia a metaphorical sports villain too.

The score stays tight and the Tigers student section chant of “DaddysssMoneyyy” cracks me up as much as the parents yelling “T him up!” and “Sit down” to the whiny former Congressman coach who keeps trying to complain to the refs that there aren’t more home calls.

At the end of the game, after a glorious victory following a few minor fights (hell, I was ready to rain down from the stands and fight someone), I couldn’t believe I was hoarse from cheering, the student section illegally rushed the court, and the sore loser announcer declared “Please exit the gym, we don’t want you here anymore.”

No problem, Daddy’s Money. We’re out. With the dub. And another one against the Colonials in the playoffs. Money can’t buy victory, or good playlists.