Shortstop Starlin Castro to the rescue. 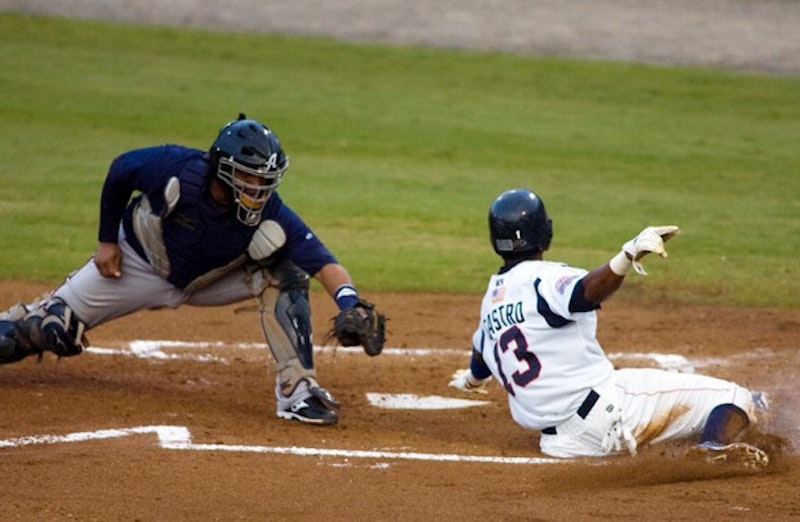 Although I’m a fan of the woeful Orioles, I also root for the perennial loser Chicago Cubs. It's a wonder I bother watching baseball at all. At least you can't call me a bandwagon jumper when my two favorite teams haven't won so much as a pie-eating contest in about 130 combined seasons. Baltimore’s struggles this year were predictable, but the Cubs expected to be contenders. With a payroll of nearly $140 million and established veterans all over the field, the Cubs were supposed to battle the rival Cardinals for the NL Central crown. Here we sit on August 27th and the Cubs are 20 games under .500, Lou Piniella has retreated to Florida, and staff ace Carlos Zambrano has spent more time in counseling than on the mound.

In a season of profound disappointment, the Cubs have unearthed the new face of the franchise. It's a baby face at that. Starlin Castro, the Cubs starting shortstop, is just 20 years old. He began the season in AA and after raking at a .376 clip with a .990 OPS the struggling Cubs quickly brought him to the big leagues in early May. The Cubs' brass originally stated that Castro was being promoted because he offered a defensive upgrade and added athleticism to the roster. I always thought that explanation was a load of Chicago-style baloney and meant to keep the pressure off Castro.

Either way it seems to have worked. After struggling offensively for much of the first half, Castro has caught fire since the All-Star break. The youngster posted a .944 OPS in July and has hit .340 in August. Castro has shown surprising pop with 26 doubles, five triples and three homers in a little more than half a season. Those power numbers should increase over time as he fills out his 6' 0” 190 lb frame, turning singles into doubles, and doubles sailing over the ivy.

Ironically, Castro has struggled defensively, committing 20 errors. He’s shown excellent range and has a strong arm. Many of his defensive miscues have been on throwing errors, which could simply be a matter of slowing down and refining his mechanics. Castro is also just six for 12 in stolen base attempts. As he develops, he could reach the levels of a 20 homer, 20 stolen bases, .300 hitting shortstop (aka: Barry Larkin 2.0).

At the end of a miserable 2010, at least Castro has given the Wrigleyville faithful a sliver of hope.