Birth of the Newts 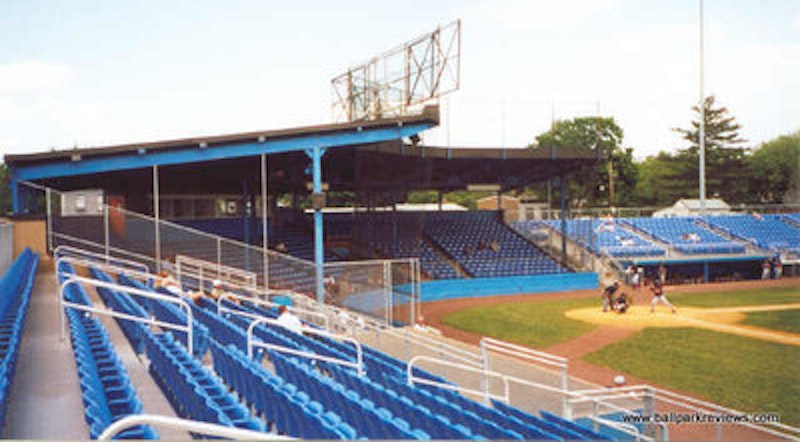 Even the most well-informed citizens of the Hudson Valley knew little if anything about the Newburgh Newts, an upstart pro team that played its first home game last Friday as a member of the North Country Baseball League. Launching an independent league franchise while Mercury is in retrograde is probably a bad idea, and for a few weeks the Newts were involved in a tussle with their original league, the (almost) now-defunct East Coast Baseball League.

The difference between independent league ball and minor league baseball is that independents are not affiliated with a Major League club. There is no AAA, AA, single A ladder to ascend or rosters stocked with draftees and touted prospects flush with signing bonus loot. Independents are operating on lone wolf status during which clubs pin their hopes on a getting a former Major Leaguer to manage the club, someone like, say, Kelly Stinnett. More often than not, much like the once-storied Newark Bears, these clubs suffer the fate of Edgar Allan Poe’s House of Usher with its occupants run mad by bankruptcy speculation, ownership tax evasion and disinterested fans who look back only to see the entire structure split in two and crumble dramatically into the tarn.

The Newts represent the 150-year-old city of Newburgh, the Orange County outpost 60 miles north of New York City and gateway to the Hudson Valley. Roughly 29,000 people call Newburgh home, and they definitely lock their doors. The city has had its share of crime problems and gang battles have made the papers frequently over the past few decades. The folks at Neighborhood Scout ranked Newburgh as the 15th most dangerous city in the U.S. for 2015. Last year, Newburgh was ranked 10th most dangerous, so progress is apparently being made.

The Newts are one of four teams in the North Country Baseball League, joined by the Watertown (NY) Bucks, coastal Maine’s Old Orchard Beach Surge and a “travel” team called the Road City Explorers (they play no home games). Newburgh had not had professional baseball since the Atlantic League’s 1998 Newburgh Black Diamonds, a team meant to play in Lehigh Valley, Pa., but instead had to use Newburgh’s Delano-Hitch Stadium because the Lehigh ballpark was not finished in time.

Delano-Hitch was built in 1926 and still has a certain tornado-proof I-beam charm to it. In 1916, Franklin Delano Roosevelt’s aunt Annie Delano Hitch donated land to the city of Newburgh for a “driving park.” It became a sizeable recreation park, and the ballpark, which was obviously built to endure, is just a few blocks from Newburgh’s waterfront district.

The initial schedule released by the Newts had the home opener slated a week before, but it was cancelled due to the reorganization of the league. The team website was down on game day, so I drove south to Newburgh on somewhat of a gamble that I’d see baseball. I hit the opener 40 minutes before first pitch. Parking was free, and like many things associated with this franchise—unmarked. An open chain-link gate—not the official stadium gate—was ajar and manned by two young women from a local softball squad. General admission was $5 and the tickets were dollar-store raffle numbers. There were no programs, not a single banner from a sponsor or even a homemade sign letting people know there was a pro ballgame tonight at this ancient facility.

More women from the softball squad were stationed at a concession stand up the first base line selling ballpark fare at rock bottom prices. There were Newts t-shirts available, so this must be the right place to see Newburgh take on the aforementioned Road City Explorers. Delano-Hitch, which some locals call “The Ditch,” somehow still has a cozy embrace to it with foothills deep in the background of centerfield and youth soccer happening just beyond the unadorned see-through outfield fence.

The Newts are made up mostly of college cast-offs, some of them even Division I players. It’s hard to say exactly because without a program or any lineup information, fans have to do their own online sleuthing. For instance, Newts DH Kevin Putkonen may or may not be the brother of Luke Putkonen of the AAA Toledo Mud Hens who makes frequent appearances on the mound with the big club in Detroit.

The Newts players were stretching in right field in their no-frills jerseys that simply say “Newburgh” in flying script across the chest. Ditto the Road City squad, wearing French’s mustard yellow tops and hats doing their stretching up the left field line. The mayor of Newburgh was on hand, as was the nervous Newts GM, who had a youthful Jon Polito quality about him. He had perfect summer night weather in late May, his umpires showed up, his floodlights worked, but his failure to promote saw a disappointing turnout of about 184 people in the 3100 seat-ballpark. “Unadorned” and “generic” seems to be the operative theme for North Country Baseball League action. There’s the dull ache of “low budget” pervading each and every uncertain gesture. There’s little if any support staff, trainers, security, bench coaches or even Gatorade coolers. “Oh yeah, I should probably get a hat,” said one Newts player who looked like a Roger Clemens Mini-Me as he walked from the stretching area to the dugout.

Player intros commenced with a spotty Mr. Microphone device dropping every fourth syllable. The Road City squad had plenty of Corderos, a Salazar, and an Alvarez. Some players ran out of the sunken dugout to take their place on the baseline. Others never appeared. The Newts were introduced on this “historic night for Newburgh” and bespectacled ballboy Carmine got the most applause. The players, it appeared, brought their own batting helmets. The top of the Newts batting order shares a Ball State Cardinals helmet, probably a souvenir of their starting pitcher Miles Moeller, who finished at Ball State this spring with a physical therapy degree as well as some decent stats as a lefty pitcher for the Cardinals. Moeller tossed the first pitch—a called strike—at 7:06 p.m.

In the stands there are at least two of the usual ballpark fixtures: the angry dad staring into his smartphone because his DraftKings.com picks are not doing well for him; the over-enthusiastic guy in the Syracuse cap who looks just like Matt Williams barking encouragement to the players. Up the first baseline are two African-American kids—fifth-graders probably—at the game on their own and loving it. One, however, is wearing a new pair of Everlast boxing gloves. As the Newts bullpen crew jogs up the right field line to take their places the kid pounds the gloves together and yells, “Let’s go! You gotta win this!”

It wasn’t until the sixth inning of the Newts opener that police sirens rang out beyond the outfield fence. Six blocks away a Newburgh cop was injured arresting a 24-year-old man who was in a street fight. When the cops showed up, according to local news reports, he kicked off a side mirror on one of the cruisers and then managed to kick in the rear windshield. When they finally got him to police headquarters, the guy destroyed a phone and damaged a fingerprint machine. He should’ve gone to the Newts game instead of getting in a street fight.

As the game rolled on and the errors started to flow from weak-armed infielders, I noticed an oddly high number of infield hits out in front of the plate. There were also screaming liners and hard grounders back up the middle, over the comically high pitching mound at Delano-Hitch. Maybe it was an old Revolutionary War execution site at one time? That is 60 feet six inches of blood soil, let me tell you.

After two beautifully smooth innings of retiring the side in order, Moeller ran into serious trouble in the third. He threw away a ball after fielding a chopper in front of the mound. Then he made a sharp play by stabbing a grounder and throwing to third base for the force-out. A few batters later, Moeller put himself in front of another brisk comeback and paid dearly. It struck his glove arm halfway up. His arm went limp. An enormous welt on his ulna looked like someone had tucked a banana inside his skin. He was clearly done with what appeared to be a broken arm. He was escorted from the field in a haze of voiceless agony. The nervous Newts GM quickly searched for ice and Moeller had to wait in the dugout for an ambulance to be called. EMTs arrived 20 minutes later and took him to the hospital. He was tracked down later via social media, and a random Tweet from the Newts said his wrist was not broken. That same social media search unearthed this somewhat heartbreaking post by Moeller Friday afternoon on his Instagram page (alongside a photo of his Newts hat and jersey):“Today is finally here. Opening Day tonight at 7 ET in Newburgh, NY. A dream come true to be named the Opening Day starter for the Newburgh Newts and beyond blessed to put this jersey on and make my pro debut tonight! I can’t thank my family and friends enough for always standing beside me believing in me. #thePursuitOfTheDream.”

I wonder how that dream held up in the emergency room of St. Luke’s Cornwall Hospital, a place kept quite busy by Newburgh denizens? I wonder if Miles saw the frantic Facebook post from the father of one of his teammates, wondering why the opening series had been postponed after his son had driven all the way from California? Why was there no update from team officials? Do team officials actually exist? Moeller also sent a somewhat naive post to friends in his native Arizona, erroneously telling them his debut would be streamed live on the league website and Newburgh area TV was broadcasting the game. Given the shady conditions of the league and lack of marketing or communications, it’s hard not to wonder how these young athletes can be so gullible.

The Newts lost their opener 5-4 to Road City, and then lost by the same score Saturday night followed by a rainout on Sunday afternoon.

It was a flimsy debut for these Newburgh Newts, but it’s hard not to bless and wish them well. Sitting in the dusk in an old ballpark watching this humbling sport provides a low rumble of inner peace elusive to many. Even at this level, it’s hard not to marvel at a nameless Road City batter (probably a Cordero) as he hits a ball “where it is pitched” reaching for that outside curve from the right-handed batter’s box and stroking it for a single into right field, the wooden bat with its Marshall amp cranked up to 11 and the newly minted white coin that is the ball slicing with Tom Watson perfection to bounce twice until gloved by the waiting fielder.