A Panda Bear in Boston

The real story behind Pablo Sandoval’s denouncement of the Giants. 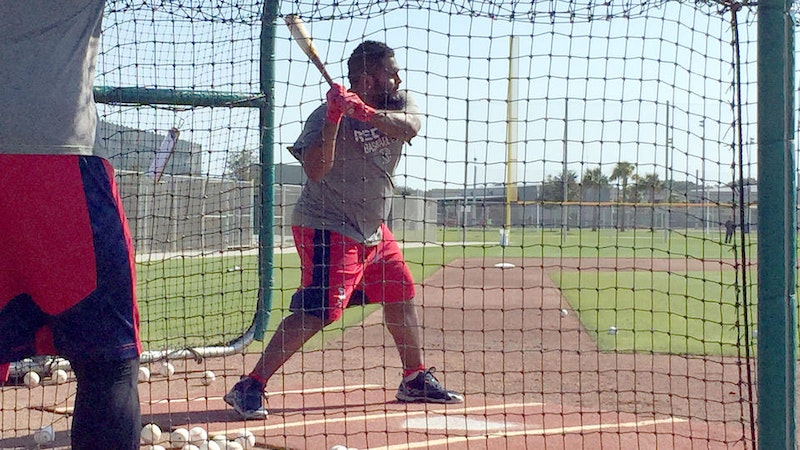 Pablo Sandoval is still bitter about the intervention San Francisco Giants GM Brian Sabean organized last summer. The whole team—minus Bruce Bochy and Hunter Pence—was present, ready to recount how Sandoval’s weight issue negatively affected the ball club. “I had a whole speech prepared,” Angel Pagan said. “But I never got a chance to read it. He stormed out after 20 minutes, after we showed him a couple YouTube clips of Supersize Me and Food, Inc.”

“It was sad, man,” Madison Bumgarner told me in a phone interview. “You could always tell when he’d been on a bender. He’d wobble into the clubhouse reeking of McDonald’s, wailing about how they never should’ve discontinued the McRib. He had terrible diarrhea on those days. We tried to get him to read Michael Pollan, but he just wouldn’t listen.”

Former Giant Aubrey Huff was even harsher, posting his thoughts on Facebook.

Sandoval, for his part, adamantly denied these rumors. He insists that his departure from San Francisco is rooted entirely in statistics: “Booker, riddle me this,” he said. “What’s the chance that a team wins four World Series titles in six years? Not very likely, right? That’s just statistics, my man. It’s all science—the Giants probably won’t win again for another 50 years, or something.”

“That dude knows nothing about probability,” said an outraged Sergio Romo. “Those two events are independent! We’re just as likely to win the Series this year as we were in 2014, ceteris paribus. It’s like flipping a coin: just because you got three heads in a row, doesn’t mean your chance of getting a fourth head is any less than 50 percent. Duh.”

David Ortiz, on the other hand, is delighted to have Sandoval on the Red Sox. “That guy is fat,” Ortiz said in a WEEI interview. “He’ll definitely be taking the heat off of me for awhile.”

Boston GM Ben Cherington is pleased with his new third baseman, as well: “Everyone else in the league was concerned with Pablo’s weight issue, but I didn’t even give it a second thought. I mean, c’mon, Prince Fielder’s twice his size, and that contract turned out great. Right? Right?”