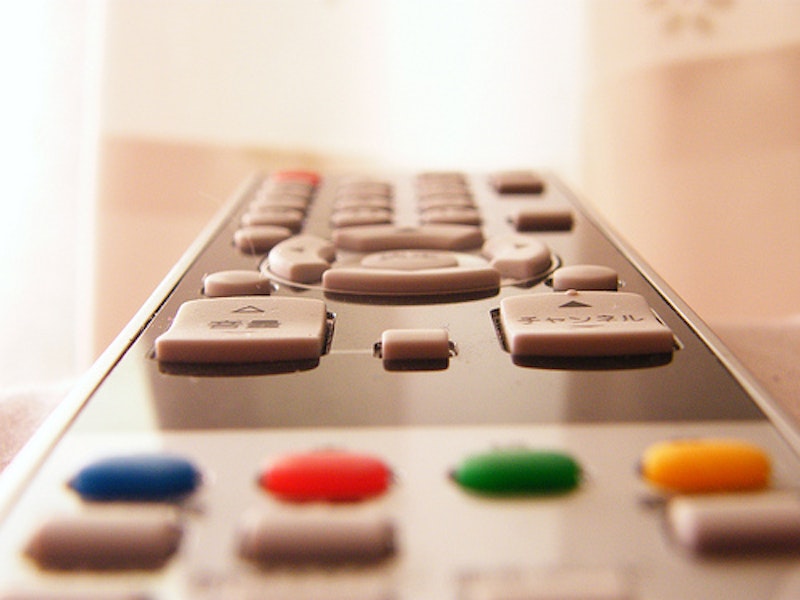 If you've ever watched Who Wants to Be a Millionaire, you're familiar with audience response systems or ARSs. They're the little clickers used to poll audience members, whose answers are then distilled into a handy bar graph for the contestant to see.

The same technology has been making its way into classrooms across the country, particularly at the college level, and so far reviews have been largely positive. You wouldn't think something as simple as a multiple choice question every now and then would make much of a difference, but studies have shown better rates of understanding and attention in classrooms where the devices are used.

Interspersing questions students have to answer in a lecture makes an experience that is typically passive into an active one and is effective even for very large classes. The latest software allows a teacher to track and record individual student responses, so it can also be used to record attendance, check for understanding and grading. This also means students had better be on the ball. If you are napping in the back row, not only will your teacher soon know, but you may also be dropping grade points.

Yet for all the benefits that clickers can offer, there are significant drawbacks as well. For teachers who are new to the devices and don't have sufficient support, technical problems can be a huge impediment. In terms of pedagogy, there is also the danger that content can become driven by the technology rather than the other way around.

Those are minor concerns, however, that can be addressed through training and practice. More important are the social and professional implications for students.

One of the features commonly praised is the ability for students to answer questions anonymously. Without the pressure of social conformation, students tend give an honest answer, rather than going with what most others are answering. Moreover, if students can see by way of the bar graph that they are in the majority, they have shown more willingness to participate in class discussions.

On one hand, anything that increases class participation is good, but the drawback might be that students become less willing to speak their minds when they aren't sure about the group consensus or to express themselves when they are in the minority. Shouldn't the ability to speak up regardless of your peers' opinions be something that universities strive to develop? In most business meetings no one is going to take a poll before a brainstorming session. Participants are expected to think logically and defend their position regardless of the mood in the room.

On a similar note, clickers are praised for increasing student accountability. By using the ARS to monitor attendance and enforce class participation, professors can ensure that students are present and paying attention. But again, shouldn't this be something that students develop on their own?

Being accountable for your responsibilities and having the ability to focus are also necessary in the business world, where the distractions of napping or texting are equally tempting. Responsible adults should be able to sit down and get some work done without a boss constantly looking over their shoulder. And if they ever want to be a boss themselves—or to start their own company or be a leader of any kind, for that matter—they are going to need to drive and motivate themselves.

Clickers can be a positive tool in the classroom, but like any technology, it would be a mistake to become too reliant on it. Just as using an ARS will not automatically make a professor engaging and interesting, it will not automatically make everyone a good student. At some point, students have to take responsibility for their own education and show a little initiative, just as they will be expected to do when they graduate.