What I Wouldn't Give To Marry a Veterinarian 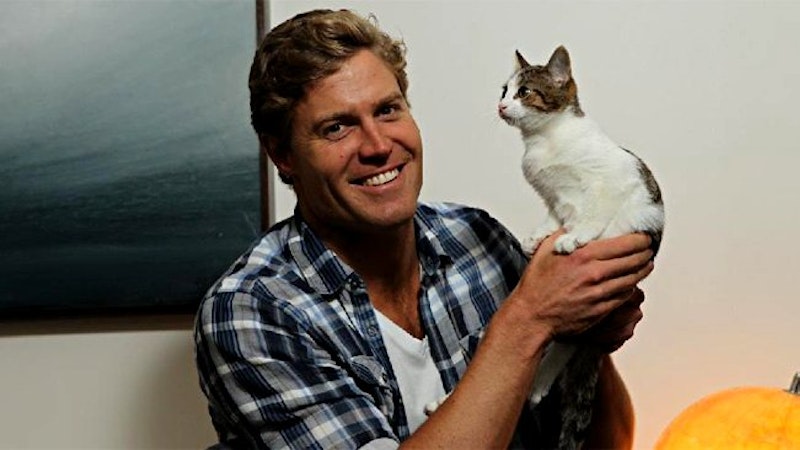 I’ve had a love affair with veterinarians for a long time. When I first moved to the Eastern shore I was in my late 20s. My vet, Dr. Hahn, was a good old boy, a bit older than my father. He always wore beat-up khakis and camouflage shirts to work and displayed his dry humor while imparting his bits of wisdom: Marrow bones are the only bones to give a dog and cook them with just a dash of vinegar. When my golden retriever, Crusoe, went in for emergency surgery and had to spend the night, Dr. Hahn vowed he would make trips back and forth from his home to the clinic in the wee hours of the morning to check on him. It was touching. That’s when my crush on this mature, charming and sweetest of men began. I mean, if he hadn’t been a vet, any fantasy involving a much older man at that time in my life would have elicited an “Eww, that’s gross.”

Vets are the real deal. It’s a fact. They don’t spend all that time in school for the money. They do it for love. It’s way harder to get into vet school than med school and these men and women are wonderfully unassuming and refreshing. Besides, they just have to be animal-focused to do what they do and that tends to make them more emotionally accessible than MD’s.

When six-year-old Cuban refugee Elian Gonzales was rescued from the Gulfstream, his American idyll took place on the Eastern Shore. My homeboy, Dr. Hahn, thought a six-month-old black lab puppy would help with the boy’s trauma. The press was all over it. Elian looked genuinely happy for the first time since he became the center of dispute between the U.S. and Cuban governments. Dr. Hahn’s vet techs were all over him. On the other hand, I was pea green.

Then there was the vet that answered my “Kayak for Sale” ad on Craigslist. When he came to my house to buy it, he was Dr. Hahn reincarnated. Funny, outdoorsy and possessing that joie de vivre that comes from working with animals all day. We became Facebook friends and he’s always posting something on his wall like a baby calf standing on his front porch or baby ducklings swimming in his bathtub. All kinds of women are constantly making comments like “Aww, Lance, how sweet” or “Oh, Lance, too adorable.” Lance this and Lance that. I’m just wondering if my theory about vets is true: that they’re hot commodities.

Things are no different with my current vet. I’m in love again. He met me for a three a.m. emergency with my last dog, Baby, when she was dying. Vets are big-hearted. They often shed tears with pet owners when animals’ lives end, and rejoice with them when little Fido miracles happen. Dr. Thompson has the cutest dimples and is so easy going. Furry patients can be stubborn, aggressive and unpredictable. That calming demeanor amid chaos is a very attractive trait.

We had a fundraiser in town called “Dancing with the Dogs.” A regular old Citizen Joe gets paired up with a professional dancer and, well, it’s a local Dancing with The Stars spin-off. All the mula goes to the Humane Society. I watched the videotape with my friend the other evening, and lo and behold, Citizen Joe won the whole shabang and raised the most money. My hero, Dr.Thompson. So, now he is not only my crush, he is also the town’s latest heartthrob. I’m jealous.

That said, there’s no sane reason for singles not to date a veterinarian. I’m sure in my next life, I will marry one. Or maybe things don’t work like that. Maybe I’ll be the vet, the last best catch out there.