Soon, people who were born in the 2000s will roam around as full-fledged adults and we will all feel like dinosaurs. 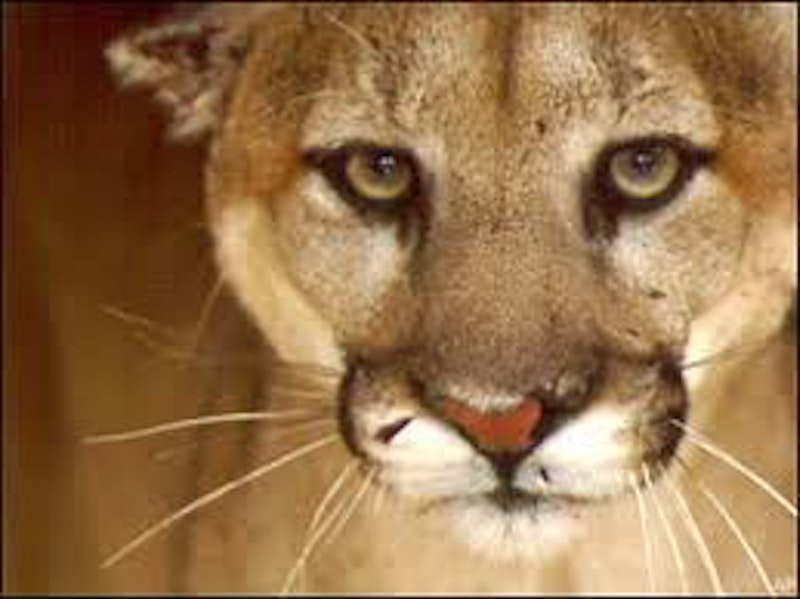 My friend sent me the following text message the other day:

Me: I mean, I’d check with all the appropriate laws and regulations and make sure he’s not a cop or anything and I’d ask to see his ID just to be sure he’s not really 15!

We haven’t talked since then so I don’t know what went down. My friend, who’s in his late 20s, so relatively age appropriate, happens to like younger guys, but this is the youngest twink he’s ever been with so far as I’m aware. I know we all have the things we’re into, but I don’t get the appeal of sleeping with people who are way younger than we are. Younger is one thing, but way younger is a whole other deal.

That’s why I don’t understand cougars. No tea no shade—do what you gotta do!—I just don’t see how the physical attraction works. I know Aaliyah said that age ain’t nothing but a number, etc., etc. But maybe it’s because I’m getting older (read: better) that I’m starting to appreciate people who are within, say, a seven-year margin of my age bracket, maybe slightly older if they’re rich or powerful. That’s my limit. No 57-year-olds and no 17-year-olds, please. But I’m also constantly surrounded by people who are younger than me, and they’re just going to keep getting younger. Sometimes I’m surprised by how fucking young they look. Like babies. Soon people who were born in the 2000s are going to be roaming around as full-fledged adults and that’s when we are all going to feel like dinosaurs.

Lately I’ve been listening to this late night radio show where people call in to reveal their most embarrassing secrets. It’s a lot of fun! On one episode this week a bunch of people called in who had sex with their mom’s new younger boyfriend or their dad’s new younger girlfriend. First of all, ew. Why would you sleep with somebody your mom or dad is also sleeping with? That’s just gross, everyone. You can’t really know if these calls are staged, but judging by the number of kids who’ve boinked their parent’s new younger significant other, seems like it happens a lot! But isn’t it weird to date someone who’s your kid’s own age. Isn’t it weird to be 22 and date someone who is 50?

I’m not saying it’s an awful no-good-very-bad thing, like wearing flip-flops or saying YOLO. I just don’t understand the allure. A friend of mine sent me a picture of myself from 2004 and at the time I thought I was the business. But when I saw the photo… you guys. I couldn’t believe that was me. What on earth was I wearing? What was my hair doing? What was my skin doing?

I used to be so ugly! I told my friend. Not that I think I’m the cat’s meow in 2013, but I am definitely much, much hotter now than I was in 2004. But don’t we all go through this? Don’t we all look back at yearbook photos or maybe Facebook photos now and see what a hot ass mess we used to be, what were we thinking? We always think we’re better now than we used to be. And that can only mean one thing: that we get better with age.

We get better as we get older, not worse, which is what the advertising industry exists to make us believe. Culturally we place so much emphasis on staying young, keeping it tight, keeping those wrinkles away, hiding that gray hair and all of that. I mean you definitely want to stay cute and keep those weaves glued in—never just let yourself go—but there is something beautiful about getting older and having more experience. Super young people always have problems because they don’t know what they’re doing slash what they want out of the world. People who look really young turn me off, but I can see how boning someone (legally!) younger than you is a fantasy for some, but fantasies aren’t really that sustainable, are they?