What Does It Now Mean to Be "Queer"?

Ask 10 people and you may get 10 different answers. 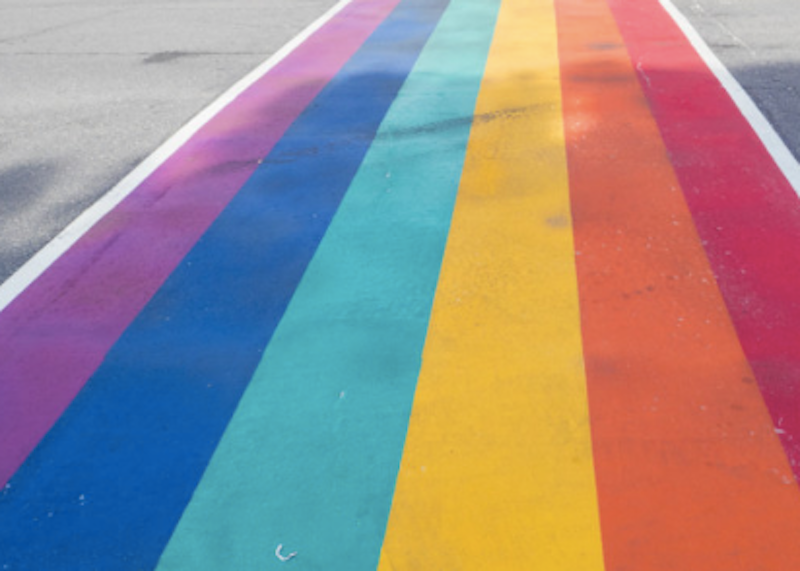 When HBO announced that Jameela Jamil would host its new dance contest show, Legendary, which is based on the predominantly black and Latino subculture of drag balls in the LGBTQ community, some on social media threw a fit because she was neither connected to dance culture nor the LGBTQ community. Jamil promptly responded with a Twitter announcement that she was coming out as "queer," but said she hadn't been vocal about it because her "South Asian" community isn't accepting of it. It was reminiscent of when Kevin Spacey came out as gay when he was accused of sexual assault.

Jamil has dated singer James Blake for five years, so is she saying she's bisexual? Or perhaps she's kissed a few girls here and there and liked it? We can only guess, because she's gone quiet on social media. "LGBT" was pretty straightforward, but the "Q" got added without much explanation. I remember when queer was used only as a slur against homosexuals, as when William F. Buckley lost his temper and called Gore Vidal a queer on national television in 1968. Warren Hurst, a county functionary in Tennessee, also used the word this way in October of last year when he said, “We got a queer running for president, if that ain’t about as ugly as you can get.” People in the audience—presumably not Pete Buttigieg fans—laughed and clapped, but the county he works for denounced the language. Hurst responded, implausibly, that he's "not prejudiced."

When Jamil came out as queer (but not "a queer"), I realized that I didn't know what that meant. I'm guessing I'm not alone. I've heard that "queer" is a blanket term used to describe all people on the LGBT spectrum, but how does that merit it getting tacked on to that acronym as a separate category, especially when it's not even accepted by many in the LGBT community? The first person I asked said, "Queer is a catch-all for anyone not hetero- or gender-normative." When I asked him what the difference between queer and gay is, he replied, "There are a lot of queer people who can't really be described as gay or even bisexual, which is why many LGB folks don't really care for queer as a label." When I said that I still had no idea what queer means, he said, "Then you're not alone!"

I came upon an article on the Eater website that discusses "queer food," which I was previously unaware existed as a category. According to the writer, Kyle Fitzpatrick, queer food refers not so much to the food itself, but rather the presence of queer people at the table or in the kitchen. Reading the piece, I learned that there's a "queer food movement" underway, which made me wonder if straights would be welcome at the table. Fitzpatrick writes that a gay chef in the kitchen alone doesn't necessarily make for queer food. As he decribes it, queer food could be found in a situation where the chef was gay and he served the food with a "dirty little joke," and if he quipped that the cheese he smuggled in from France reminded him of an old lover, and if he invited "flamboyant friends" to the meal to jazz up the atmosphere.

While educational in other ways, the Eater piece didn't help me understand the precise meaning of "queer" as it's currently used. In an online forum, I learned that some gay people object to a couple consisting of a feminine-looking trans man and a masculine-looking trans woman calling themselves a "queer couple" because they are, in fact, a heterosexual couple. So "queer," unlike "gay," isn't a group you can just declare yourself a member of and assume you'll be welcomed into.

I consulted Tris Mamone, a contributor to Splice Today who often writes about LGBTQ issues. Mamone, who identities as "bi non-binary" and also "queer," sees "queer" as a "catch-all term for anybody who's not straight." A report from the Williams Institute at the UCLA School of Law sheds some light on the issue. The study found that "nearly 6 percent of sexual minorities identify as queer, while 47 percent identify as lesbian or gay, just over 40 percent identify as bisexual, and about seven percent identify as "other." Queer-identified people tend to be young (98 percent of them are between ages 18 and 44), and favor the term because it's less restrictive. They show a tendency for being attracted to transgender people—transgender men in particular.

Perhaps the best way to characterize those identitying as queer is that they have a greater opennesss to partners of all gender identities. But to a number of gay people, especially the older ones, the term hasn't been "reclaimed"—it will forever be the slur it once was. Queer is destined to be an elusive word with questionable utility because of its vagueness—unlike lesbian, gay, and bisexual—and also because it's not acceptable for the media to state that, for example, Pete Buttigieg is queer, even though he fits the definition. Try to imagine this headline: "Pete Buttigieg becomes the first queer person to win a Democratic primary."

Queer means too many things to too many people to communicate anything effectively, which is why nobody knows what Jameela Jamil means when she says she's queer. Feminist Julie Bindel finds the usage offensive because it "colonizes" lesbian and gay identities. Others consider queerness a political movement—one that excludes conservatives. Some have accused straight people of falsely identifying as queer just because they're polyamorous or kinky, or making it into an affectation so they can be seen as unconventional. "Queer" will remain a fringe word primarily used within the in-group because it will never be able to to escape its past.